Co-branded partnerships give brands the chance to connect with new customer segments.

Brands such as Gentle Monster, Vans and Burberry have all launched co-branded lines over the past few months to cater to China’s influential cohort of Millennial consumers.

Such partnerships are not unheard of in the West, where luxury brands have partnered with sneaker brands to launch co-branded footwear collections. But China is taking co-branded partnerships to another level, with brands launching collections with influencers, bubble tea brands, and even media properties such as National Geographic.

These partnerships give brands the chance to connect with new customer segments, particularly among China’s emerging Millennial consumers. We take a look at some of these collaborations and how global brands can learn from them.

In China, luxury streetwear is the newest craze, and brands are flocking to hip-hop celebrities to help them appeal to Millennials, who are accounting for an increasingly large portion of luxury spending in the Middle Kingdom. 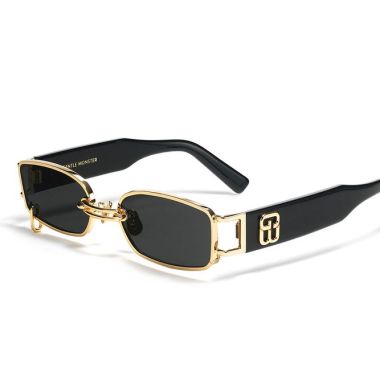 Why Kris Wu? His image and fan base aligns with Gentle Monster’s target audience. Known as the dark, mysterious “bad boy” of hip-hop in China, Wu is highly popular among Chinese Millennials. Such a partnership can immediately bring the Gentle Monster brand to the attention of his more than 50 million fans on Weibo, one of China’s biggest social media platforms. And Gentle Monster isn’t the first brand to work with him; recently, the likes of Bulgari, Louis Vuitton, Burberry and even McDonald’s have all partnered with him to represent their brands. 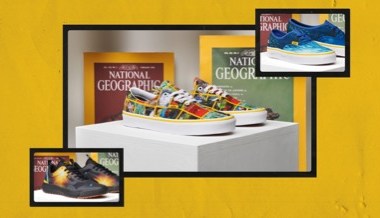 Brands have also been getting creative and partnering with more eclectic media properties to stand out from their peers. We’ve seen brands in China partner with museums, gaming titles and even anime brands to launch co-branded product collections.

Skate wear brand Vans has been doing this for quite some time, having recently launched its latest shoe collection in collaboration with National Geographic. One model is imprinted with a hodgepodge of different National Geographic magazine covers, while other models highlight images of wild animals and scenery from around the world.

Partnering with a magazine with such a long history (National Geographic was founded in 1888) helps evoke a sense of culture and nostalgia, setting itself apart from other streetwear brands in China. And yet Vans isn’t the first brand to partner with National Geographic. Last year, Chinese cosmetics brand Perfect Diary collaborated with the magazine to roll out a color palette collection, with each color representing different locations from around China. 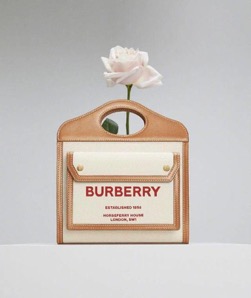 In China it’s not uncommon for brands to launch co-branded collections with top influencers. In fact, luxury brands such as Longchamp and Tod’s have partnered with influencer Mr. Bags to launch co-branded collections. Such partnerships give a stamp of approval to new product lines, as Mr. Bags is widely considered to be the foremost handbag expert among handbag and luxury connoisseurs in China.

And on June 30, Burberry launched a limited-edition collection of pocket handbags. Styled as a more convenient handbag for those frequently on the move, users can sling the handbag over one’s shoulder or carry it by its handle. Followers of Mr. Bag’s official account on WeChat, China’s biggest social media platform, can read his review about the collection and browse pictures; links to his personal mini-program store enable customers to make on-the-spot purchases with WeChat Pay. 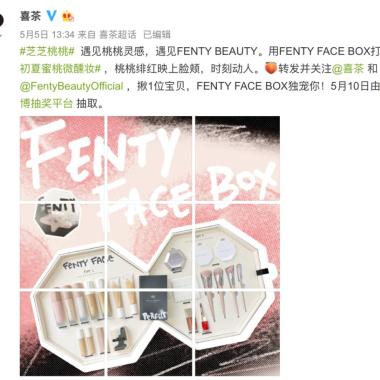 At the end of April, Rihanna’s Fenty Beauty launched a limited-edition co-branded Cheeks Out cream blush boxed set with Heytea, China’s hottest new bubble tea brand. Customers could only win access through a lottery on Weibo; those who win are entitled to a coupon for a free Heytea drink. The campaign hashtag on Weibo received more than 14 million views and 30,000 comments, a windfall for Fenty Beauty which has only about 100,000 fans on the Twitter-like microblogging platform.

Heytea and its cheese-infused tea drinks are wildly popular among Chinese Millennials, many of whom can be seen lining up around the block for its drinks. The brand has since expanded to more than 451 stores nationwide, and is rumored to be valued at just over $2 billion. Other local beauty brands such as Pechoin, Marie Dalgar and Clarins have all partnered with Heytea to launch promotions as well, supporting the notion that the brand has immense sway among China’s youth.