Pulling an ailing designer brand from the ashes had become known as “doing a Gucci.” 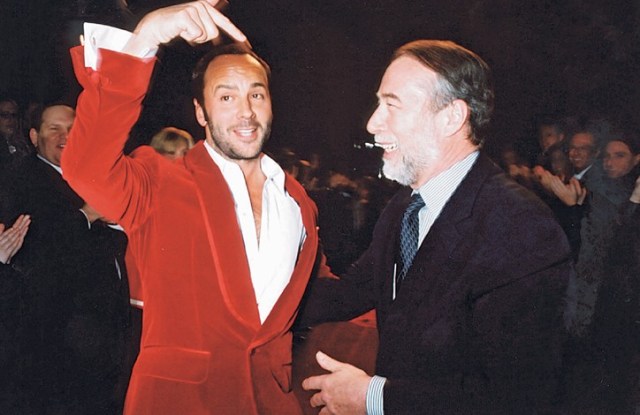 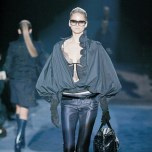 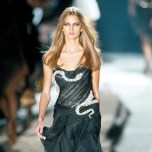 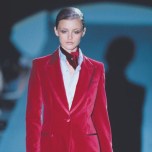 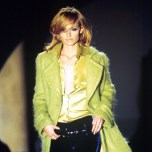 They began working for Gucci on two different continents, one in the U.S. and the other in Italy. One landed at the company by chance — and with zero background in fashion — while the other, an unknown designer, was drafted to help two very high-profile retailers breathe new life into an ailing brand. When they began their careers at the struggling Italian house, Domenico De Sole and Tom Ford could never have imagined the worldwide fame, multimillion-dollar fortunes — and epic headaches and triumphs — that Gucci would give them during their nine years at the company’s helm.

De Sole, an Italian-born, Washington lawyer, became chairman and chief executive officer of Gucci America in 1984, and a little more than a decade later was named ceo of the company — the same year it went public.

Ford, meanwhile, was hired in 1990 to oversee women’s ready-to-wear by Dawn Mello, former president of Bergdorf Goodman. (Mello had brought in Richard Lambertson, head of Bergdorf’s accessories department, to be design director.) Ford was named creative director in 1994.

In a 2004 interview, the day he left Gucci for good, De Sole told WWD his expectations were never that grand.

“Back in 1993, Gucci had worldwide sales of $198 million, and I thought I could get them up to $350 million,” he recalled. “Beyond that, I didn’t know. I also didn’t know the great job that Tom was going to do. I think we caught everybody by surprise — our model worked.”

When De Sole departed, revenues for all of Gucci Group — which by then had expanded to include brands such as Yves Saint Laurent, Balenciaga and Bottega Veneta — were more than $3 billion.

At the start, it was De Sole who was the driving force behind what would become the Tom and Dom dream team. In 1993, the company was losing money and auditors were recommending the liquidation of the label’s assets. Maurizio Gucci, who then owned half the company with Investcorp, asked De Sole to fire the design staff, including Ford, but the manager refused.

“The company was stagnant and falling apart. I thought Tom was very talented, and we needed a strong designer,” De Sole told WWD in 2000.

After that, the two became friends and allies in what would become a history-making war with LVMH Moët Hennessy Louis Vuitton.

“I would trust my life with Domenico, and I believe he feels the same way about me. He’s a great man and a great friend,” said Ford in 2000.

De Sole has said of Ford: “Creativity is creativity, and talent can be found in any country, but it’s not easy to find a creative mind and a businessman in one person. Tom is an ideal partner.”

With a strong-willed, commercially minded and charismatic designer by his side, De Sole set about building a new business model: No more licenses, franchises or secondary lines for the company, whose merchandise had become overexposed and cheapened during the previous decade. In the meantime, Ford’s glamorous runway shows, with their cinematic feel and overt sexuality, had begun to rock a fashion world accustomed to watching utilitarian styles, shades of gray and pale, androgynous models stalking the runways.

The momentum grew rapidly: By 1998, sales had broken through the billion-dollar barrier on the back of Ford’s sexy designs — liquid evening gowns, low-slung necklines and brightly colored fur chubbies — and newly tweaked classics, such as the Jackie bag, stiletto loafer, double-G logo and green-red-green Gucci web, which sprouted all over clothing and accessories. In those years, Gucci began rolling out stores worldwide and introducing a new concept: “modern, lean and sexy,” in the words of Ford. He designed these new-concept stores with architect William Sofield. In an unusual move for a designer at the time, Ford was directly involved in every aspect of the Gucci business.

De Sole and Ford had become architects of the ultimate luxury brand revival — with legions of other heritage brands, including Burberry, wanting to “do a Gucci” — but the executives were about to pay the price for their hard work.

Gucci’s direct competitors wanted a slice of the success: On a summer weekend in 1998, Prada revealed that it had taken a 9.5 percent stake in Gucci. Between June 1998 and February 1999, the eagle-eyed Bernard Arnault began to amass Gucci shares, eventually building up a stake of 34.4 percent through a series of transactions.

De Sole and Ford cried foul, igniting what was one of the most dramatic corporate fashion battles of the 20th century. Gucci accused LVMH — which by then had swallowed up Prada’s stake in the company — of wanting to take “creeping control” without launching a full and fair bid to shareholders. That move would have been perfectly legal in the Netherlands, where Gucci was listed.

The two companies fought bitterly in the Dutch courts — and in the international press — and swapped lawsuits and vitriol on an almost daily basis. At one point, Arnault tried to drive a wedge between De Sole and Ford, publicly courting the designer and quietly undermining De Sole’s authority at every turn.

“Naturally, we can give suggestions to improve some things, to remind management of the ties that can be forged between us,” Arnault told Italy’s Corriere della Sera during the battle. “But it will be up to them to decide.”

In those stressful, sleepless months, De Sole channeled Clint Eastwood’s Dirty Harry Callahan: “Make my day” became his mantra, and he would often refer to his adversaries as “pathological liars.”

The drama reached a climax when Gucci found its white knight in PPR, then known as Pinault-Printemps-Redoute. The retailer paid $2.9 billion for 40 percent of Gucci, and, thanks to a new share issue, LVMH’s stake was diluted to 21 percent.

The battle was won, but the war with LVMH was far from over: More lawsuits ensued following PPR’s purchase, and LVMH finally forced its French rival to launch a full and fair takeover of Gucci, which it did on Sept. 10, 2001. Ultimately, PPR won full control over Gucci. This led to tension between the new management and Ford and De Sole, who eventually left the company after trying — and failing — to strike a deal for management, financial and creative independence.

In the ensuing years, De Sole and Ford shifted their focus: Gucci morphed into Gucci Group, and the two set about spending the $2.9 billion from the PPR deal. In less than three years, they bought Yves Saint Laurent, Balenciaga, Bottega Veneta, Alexander McQueen, Stella McCartney, Boucheron and Bedat.

In those years, Ford and De Sole became celebrities in their own right, appearing in a sexy, moody print ad for American Express shot in Venice, and living multi-millionaire lifestyles with homes on both sides of the Atlantic — Ford would unwind on his 24,000-acre ranch outside Santa Fe, N.M., while De Sole wintered on Aspen’s slopes and vacationed on his sailboat — as they worked feverishly to build up the group.

And, while De Sole and Ford were becoming two of the most powerful men in fashion with their nouveau empire, De Sole would later express some regret about the pace of the acquisitions.

“Gucci went too quickly from one brand and one culture to a multibrand group. It would have been better had we made the acquisitions over a 10-year period,” he said. “But it was very quick, and then we had Sept. 11, 2001, and other problems. I think the brands we acquired were great. I just wish we had had more time.

“In addition, in just a few months, we went from producing clothing for Gucci to producing for Gucci, YSL, McQueen and Balenciaga. The technical and operational aspects of building the brand portfolio were ferocious. We could have even used more time finding the management talent,” he told WWD the day he and Ford exited the house. “We parted company in a very civilized way.”

Their legacy, De Sole has said, was twofold: “We took care of our shareholders. Everybody who invested in Gucci made money — and that’s the goal and task of every manager. I feel like I can say ‘mission accomplished.’ And I think we gave the industry a new model: The balance between Tom and me, the creative and business side.”