Luxury firm said it will slow the pace of store openings and focus on boosting production after a record-breaking year that saw net profits spike 41 percent. 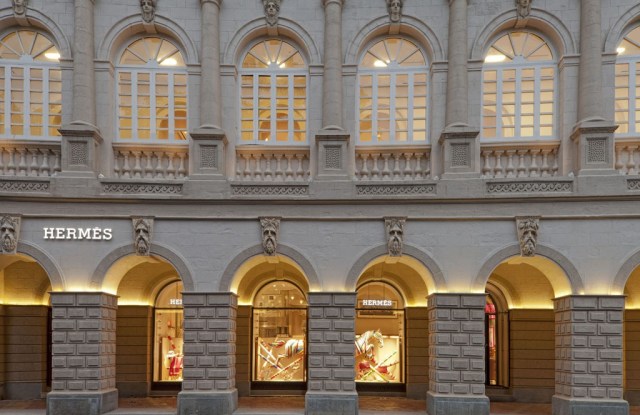 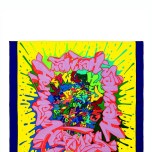 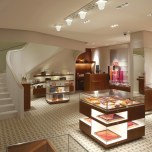 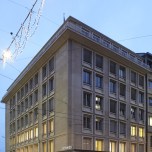 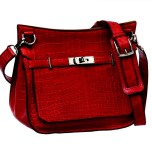 PARIS — Hermès International said it will slow the pace of store openings in 2012 and focus on boosting production after a record-breaking year that saw it struggling to keep up with demand for leather bags and silk squares.

The French luxury firm’s shares closed up 2.3 percent at 249.80 euros, or $323.45 at current exchange, on Thursday after it reported that net profits rose by a better-than-expected 41 percent in 2011.

That should come as welcome news not only to Hermès family shareholders, who collectively hold some 72 percent of the firm’s capital, but also to luxury giant LVMH Moët Hennessy Louis Vuitton, which owns a 22 percent stake.

“We thought the time had come to make a gesture towards our shareholders,” Hermès chief executive officer Patrick Thomas told a meeting of analysts and journalists at the company’s Paris headquarters.

Operating profits totaled 885.2 million euros, or $1.2 billion, up 32.5 percent on the prior-year period. All dollar figures are calculated at average exchange for the period in question.

The current operating margin widened by 3.4 percentage points to 31.2 percent in 2011, its highest level since Hermès went public in 1993. “It’s not an operating margin, it’s an exceptional margin,” Thomas joked, saying that he expected the operating margin this year to come in somewhere between 2010 and 2011 levels.

Hermès previously reported that sales rose 18.3 percent in 2011 to 2.84 billion euros, or $3.95 billion, on the back of a better-than-expected performance during the crucial year-end holiday season, adding that it expects revenues to continue growing at a double-digit rate this year, depending on how well it can keep pace with demand.

“Globally, worldwide, I can’t say that we have felt any real dip anywhere. The trends remain positive,” Thomas said, commenting on the performance in the first few months of 2012.

The luxury house is opening two leather goods factories in France this year and plans to hire at least 600 additional people, more than half of them in its workshops, to cope with bottlenecks that have curbed sales of some items, such as leather goods.

Brandishing some of the company’s recent bestsellers, such as the Toolbox bag and a Graff silk square designed by street artist Kongo, Thomas said the priority this year would be to adapt the company’s output to higher-than-expected demand.

“Of course, we won’t tamper with the standards of quality and excellence of the house, but we will go as fast as we can with production capacity. This is particularly true for leather goods,” he said.

However, the executive noted, the firm is able to bring on stream only 20 artisans a month on average, meaning sales of leather goods should increase by only 10 percent in 2012.

“We believe that we have a reservoir of organic growth with our existing activities, but this is also true of our stores, who complain of not having enough Hermès products to sell, so the first mission is to supply them,” Thomas said. “There is no point opening stores if you can’t supply them. It’s a bad investment.”

Hermès plans to increase prices by an average 3 percent in 2012, reflecting a rise in the cost of raw materials such as gold, silver, cashmere and silk. This compares with an average 1 percent rise in 2011, he said.

Asia, including Japan, remained the brand’s biggest market in 2011, with 45 percent of sales.

Among the major openings this year will be a Maison Hermès flagship in Shanghai, incorporating retail and cultural spaces, as well as a restaurant. Greater China accounted for 19 percent of sales in 2011, up from 17 percent the previous year, while continental China represented 7 percent, Thomas said.

In the first concrete indication of the performance of Hermès-backed Chinese luxury brand Shang Xia, he said its first store in Shanghai, opened in 2010, had a turnover of around 2 million euros, or $2.8 million, in 2011. As reported, Shang Xia is due to open additional stores in Paris and Beijing this year.