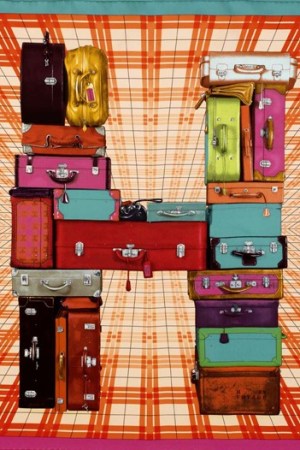 PARIS — Net profitability at Hermès International decelerated in 2008, but the luxury firm trumpeted “steady sales” at the beginning of the year.

Operating profits advanced 8.4 percent to 449.2 million euros, or $660.9 million. Dollar figures are converted at average exchange rates for the periods to which they refer.

“The company resisted very well last year: I think the crisis is ahead of us,” Patrick Thomas, chief executive officer, said in an interview.

While stressing “it is difficult to make a forecast in the current environment,” Thomas said Hermès is projecting flat sales for 2009, which will have a “slight impact” on profitability this year.

“Our core business continues to do well,” he added, citing resilience in leather goods, fashion and accessories. “We are suffering more in jewelry and watches.”

Thomas described a mixed picture geographically and contrasting sales results in its own stores versus wholesale.

“China, Hong Kong, Taiwan and Macau are still booming, and European markets are still doing very well,” he said. By contrast, he called business in the U.S. “OK for the moment” and a deteriorating situation in Japan, where “we don’t see the end of the tunnel.”

In the first two months of this year, sales in Hermès’ own stores were “up slightly,” while sales of tableware, fragrances and watches contracted as department stores gird for the recession by slashing inventories. Thomas lamented that some perfumeries in France are cutting orders even though sell-out remains strong.

“The crisis in some cases is a self-fulfilling prophecy,” he said. “There is no example in history of a crisis which wasn’t fixed. It’s only a matter of time. We shouldn’t exaggerate it.”

Hermès said it would continue to invest “significantly” to expand its store network, and will open or renovate more than 20 units this year, primarily in Asia and the United States — including a test of three or four temporary locations. Meanwhile, the company plans to “maintain” investments in communications, while postponing factory extensions.

In a research note, HSBC analyst Antoine Belge noted that earnings before interest and taxes margins were stable at 25.5 percent, and that there was no change in the shareholding structure, despite recurrent takeover speculation that has goosed Hermès’ stock price. (It gained 16 percent last year as the CAC 40 fell 23 percent.)

Management told HSBC that “no trading down has been seen for the time being,” though it may not implement planned price increases in Japan and the U.S.