Hermès Revenues on the Rise

French luxury brand reports strong demand in both mature and emerging markets in the first quarter.

By Joelle Diderich on May 3, 2012
View Slideshow 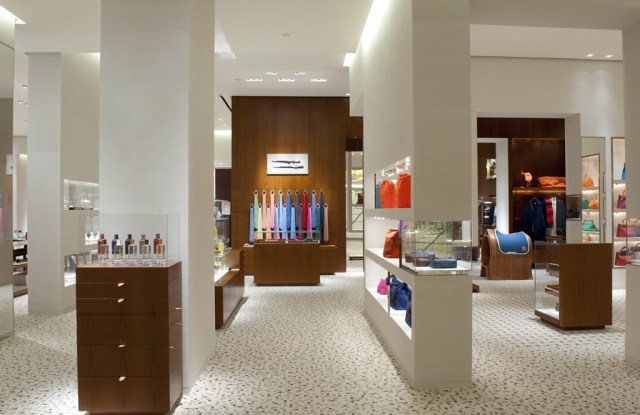 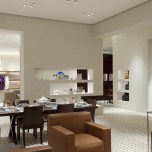 PARIS — Hermès International has galloped into 2012.

The French luxury brand reported Thursday that revenues rose 21.9 percent in the first quarter, as consumers worldwide shrugged off gloomy economic forecasts to snap up its leather handbags and silk squares.

The enduring popularity of the brand has not escaped counterfeiters, who have flooded the Internet with fake Birkin and Kelly bags. Thomas welcomed a U.S. court decision this week that ordered 34 Web sites peddling counterfeit Hermès products to pay the company damages of $100 million, saying it represented a big step forward in the defense of luxury brands.

“Eighty percent of objects sold on the Internet under the Hermès name are fakes. It’s an absolute disgrace. That’s why the judge came down hard,” he said.

Hermès said revenues totaled 776.9 million euros, or $1.02 billion, during the three months ended March 31. Stripping out the impact of currency fluctuations, sales were up 17.6 percent in the first quarter. All dollar figures are calculated at average exchange rates for the period concerned.

Sales of ready-to-wear and fashion accessories were up 24.8 percent in reported terms, while silk and textiles registered a 17.8 percent increase. Leather goods and saddlery rose by 18.3 percent, a sharp improvement on the 10.2 percent increase registered in the fourth quarter, when sales were hampered by insufficient production capacity.

Thomas said the leather goods sales figure was boosted by a 3 percent price increase, which came into effect Jan. 1. He maintained his earlier forecast that sales of leather goods would rise by 10 percent at constant exchange rates in 2012, noting that even though Hermès has ramped up production capacities, these will come on stream gradually.

The executive noted that jewelry and home wares, fairly new additions to the product mix, saw revenues jump 51.5 percent in the first quarter. In the wholesale channel, sales of perfumes were up 20 percent, while watches posted a 33.1 percent leap and tableware jumped 29.2 percent.

In regional terms, non-Japan Asia again registered the best performance in the quarter, up 29.1 percent, but it was closely tailed by Europe — excluding France — which posted a 28 percent rise. In the Americas, sales rose 14.7 percent in the first quarter.

Thomas noted that the European figures were artificially boosted by last year’s move to reintegrate its Russian distribution arm, which took effect on May 1, 2011, and will therefore skew the comparison for the first four months of 2012. Organic growth in Europe was 15 to 16 percent at constant exchange rates, fueled by local customers and Chinese tourists, he added.

Mindful of capacity constraints, Hermès is slowing the pace of store openings this year. In addition to a new store in Abu Dhabi, which opened this week, it plans to add a unit in Taichung, Taiwan; one in Wuhan, China, and a furniture showroom in Beijing, Thomas said. The house had previously revealed plans to open a Maison Hermès flagship in Shanghai, incorporating retail and cultural spaces, as well as a restaurant.

In Paris, Hermès will open a pop-up footwear store from May 14 to July 19 opposite its flagship on the Left Bank. The space at 8 Rue de Sèvres will then be taken over by the Hermès-backed Chinese luxury brand Shang Xia, which is due to open its first French store there in December, Thomas added.

Hermès shares have risen by close to 20 percent this year on strong sales and continued speculation of a creeping takeover by LVMH Moët Hennessy Louis Vuitton.

Hermès, which last year locked up more than half its share capital in a non-listed holding group to fend off a potential attack, will submit additional protection measures to its shareholders at its annual general meeting on May 29.

A proposed change in statutes will require holders of more than 0.5 percent of shares to register them to their name. The company’s free float represented just 7.7 percent of the total capital as of Dec. 31, and Thomas said he did not know whether LVMH had accrued shares beyond the 22.3 percent it owned at that date.

Hermès bought back 89,482 of its own shares in the first quarter for 21 million euros, or $27.5 million, for its employee share ownership plans.

“It appears that the U.S. justice system is moving toward a mind-set more favorable to defending brands,” he said. “Before, there was some skepticism, in particular with regard to defending luxury brands. It was a moral question there. And today, we are seeing that the judges have understood that counterfeiting is bad for everyone.”

In its complaint, Hermès — which has a team of 40 people tracking fakes worldwide — had cited various Web sites trading under names including HermesOutletMall.com and HermesBirkin-Bags.org.

Since none of the defendants appeared in court, Thomas said he expected to recover only a portion of the damages awarded, which are to be seized in part from the PayPal accounts registered to the domain names.

The judge also ordered Internet Service Providers, search engines like Google, Bing and Yahoo, and social media sites like Facebook and Twitter, to stop providing their services to the infringing parties and remove their sites from search page results.

“Even under the cover of good conduct, the truth is that these platforms are getting fat at our expense by selling counterfeits,” Thomas said. “There are always going to be fakes on the Internet. But what we would like is for these sites to be held responsible when they sell counterfeits.”

Commenting on an unrelated trademark case in China, Thomas said Hermès would seek an agreement with the Dafeng Garment Co. after the China Trademark Appeal Board ruled in February that Hermès could not register Ai Ma Shi, a version of its name in Chinese, because the Chinese firm had already trademarked it.

“This is not a catastrophe, it doesn’t matter,” he said. “We are going to contact the other brand and see with them how we can find a solution.”