‘Tis the Season for Predictions

With many unprecedented factors at play this year, experts agree the holiday 2020 will be highly unusual.

A socially distanced holiday season is expected to look different than any other.

Despite an ongoing pandemic, the holiday shopping season — which started largely in October ­— is in full swing, though experts say this year’s shopping journey hardly looks like one we’ve ever seen before.

Reports and surveys for the “no normal” holiday season that started appearing in WWD as early as August have largely predicted a digital-first shopping season, though some say it all depends on where consumers will get the best deal. But with Black Friday just around the corner, what can retailers plan for? Here, we’ve distilled all the data for a full picture of what to expect.

An early shift in consumer sentiment, and rise in fear, during the pandemic quickly shifted in favor of online shopping ­— a behavior that is no longer exclusive in younger generations. In fact, consumers within older generations who have learned to become more comfortable shopping online are preferring the convenience as well.

Still, consumers haven’t completely abandoned brick-and-mortar. In fact, shopping may be split right down the middle, with new options including BOPIS and curbside pickup.

While buy online, pick up in-store options hold promise for retailers working to meet consumer demand for the holidays some reports have found that consumers may not be overwhelmed by the idea when home delivery has become the norm. 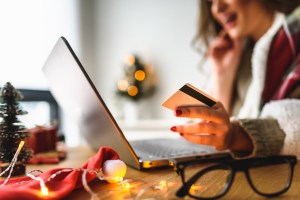 At the same time, the pandemic has drastically altered the way many consumers are planning to budget for the season. According to NPD Group consumers are likely to “splurge on guilt-gifting and self-gifting” due to unusual circumstances. And at the same time, less travel means more budget for gifts and an increase to the home category, though some experts say many consumers will cut down on who they gift to as well.

So, how are consumers choosing to spend? It’s a bit of a mixed bag.

And with a budget in mind, consumers are letting promotions and sales lead the way. Amazon’s “Prime Day” was accompanied by Walmart “Big Save Event,” Target “Deal Days” and Best Buy “Black Friday in October.” And although it will not look the same as in years past, Black Friday continues to be predicted as an important moment for holiday shopping. 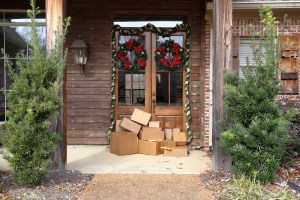 Fast, free delivery options are proving to be the must-have offering of the season for consumers.  C5Media - stock.adobe.com

Moreover, predictions expect that the more things change, the more they stay the same, with convenience continuing to reign king — a large topic of conversation during the 2019 holiday shopping season. Online shopping has undoubtedly provided consumers with great expectations over the quarantine, with shoppers coming to expect fast, free delivery.

Also topping consumers’ wish lists this year are options for convenient returns, though some say the current environment will make consumers less likely to want to handle making returns.

Can Retailers Get Ahead of the Holiday Rush?