A month of political unrest continues to roil the city, which already had been grappling with sluggish retail sales.

Protesters attend a rally on July 7 in Tsim Sha Tsui. The city has endured a month of protests and this most recent march moved to target Mainland Chinese hotspots.

Weeks of social unrest in Hong Kong that saw millions take to the streets have prompted the city’s top official, Carrie Lam, to declare an unpopular extradition bill “dead” in a Tuesday press conference. However, rally organizers have refused to back down from further protests, spelling out more turmoil for the city, which is already grappling with a sluggish retail environment.

The Hong Kong leader deemed the proposed legislation a “total failure” in a press conference, but would not declare that the extradition bill is fully withdrawn. Bill opposition leaders have countered that Lam’s claim that the bill is “dead” is not proper legislative language and that the bill was still in process for a second reading.

Protesters have five key demands, including that the government fully withdraw the bill and drop charges against those detained during the series of protests.

The proposed bill would allow for any individual in Hong Kong, including foreign nationals in transit in the city, to be extradited to Mainland China, which has a separate legal system to Hong Kong. Protesters are unconvinced that Beijing will uphold the same legal standards, but instead believe it will use the bill, if passed, to target political dissenters. 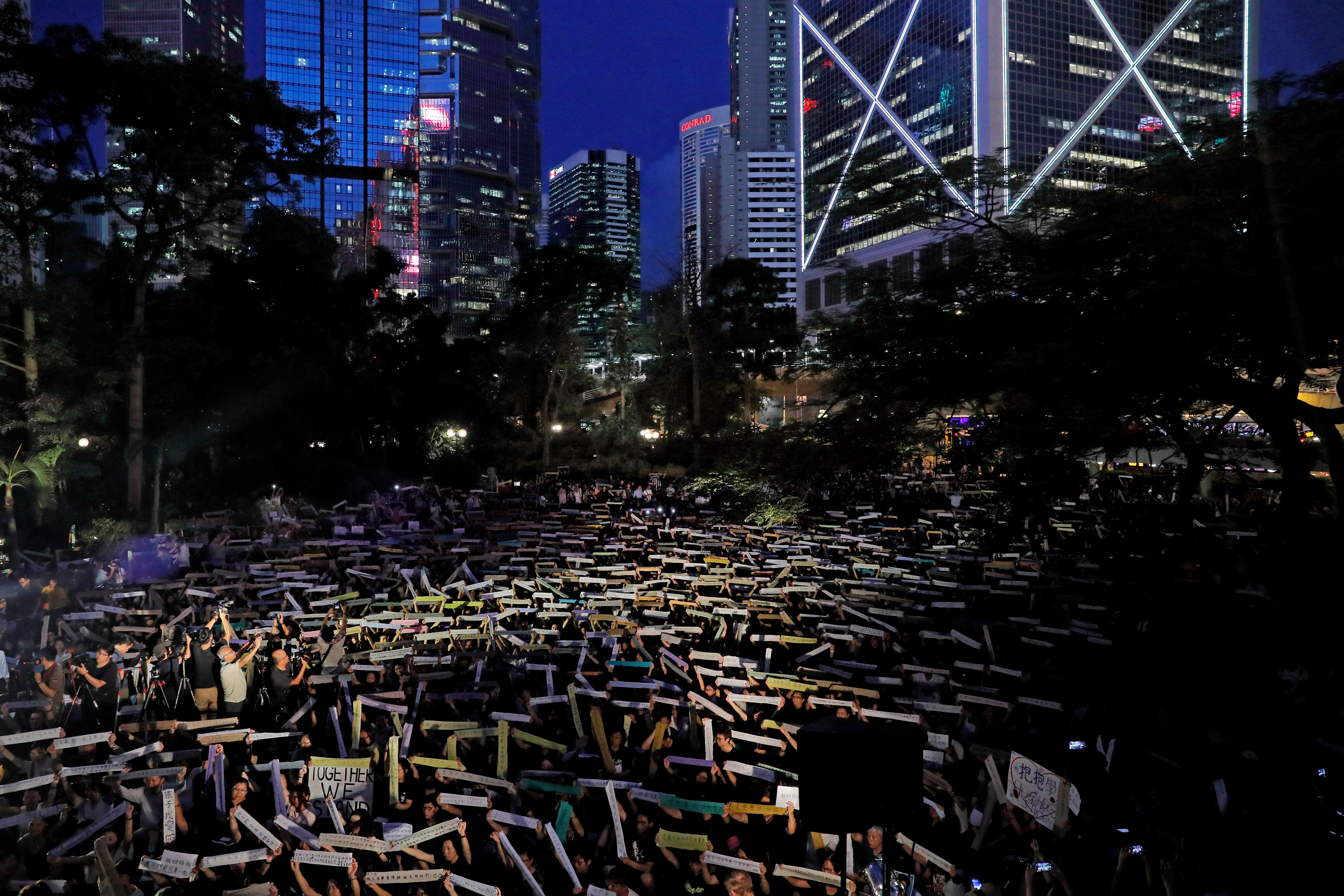 Attendees at a separate protest on July 5.  Kin Cheung/AP/Shutterstock

These developments cap off a month of protests which count at least five major marches, with one rally drawing an estimated two million people. While largely peaceful, there have been violent clashes with police. During a march on July 1, a splinter group broke into Hong Kong’s Legislative Council building to deface the Hong Kong flag.

Additionally, there have been four recorded suicides in relation to the bill in the last month, with the deceased expressing their dissatisfaction with Beijing’s clampdown on Hong Kong’s autonomy through written notes.

While the majority of the protests have occurred on Hong Kong Island, this past Sunday, the march purposely targeted Mainland Chinese hotspots. Crowds gathered in Tsim Sha Tsui near major shopping avenues known to be frequented by Mainland Chinese shoppers and headed to the West Kowloon high-speed railway station, a recently built infrastructure project that ties the city more directly to the mainland.

Protesters were intent on making Mainland Chinese visitors to the city aware of their cause, despite news censorship in the mainland. Protesters utilized the Airdrop function on the iPhone to distribute protest flyers en masse — using simplified Chinese, which is the written form of the language used in Mainland China, as opposed to traditional Chinese, which is used in Hong Kong.

The Hong Kong Retail Management Association and the Hong Kong Trade Development Council both declined to comment on the retail sales impact from the rallies.

The impact of the series of protests on consumption in Hong Kong is likely to be verified the first week of August, when the Hong Kong government is due to release citywide retail sales figures for the month of June. Aside from the direct disruption to businesses on protest routes, the rallies are likely to have impacted the Mainland Chinese sentiment to visit the city, as well as local consumer spending.

In May, the latest month for which data is available, Hong Kong retail sales recorded a year-over-year drop of 1.3 percent, following a 4.5 percent decline in April. In the first five months of the year, sales have declined by 1.3 percent compared to the same year-ago period.

They continued: “We are concerned that there is an elevated reliance on Mainland Chinese consumers within luxury stores in Hong Kong — 50 to 60 percent of sales to Mainland Chinese is common — and we were concerned to see further investment, e.g., opening in the new K11 mall, rather than a contraction of footprint.”

Savills’ July research note on Hong Kong’s retail leasing market added that while the completed West Kowloon high-speed rail project and the Hong Kong-Zhuhai-Macau bridge “brought a steady stream of same day visitors [gaining 20.7 percent year-over-year] from the Mainland to Hong Kong in the first five months of 2019, this was not reflected directly in retail sales. This is believed to be due to the weaker spending power of the Mainland tourists as a result of the weakening of the renminbi.”

According to Savills, overall prime shopping street rent fell by 1.2 percent quarter-on-quarter, with Central dropping the most at 3.8 percent, while rents in shopping malls remained flat.