January sales fell 21.4 percent and February is on track to be even worse.

Hong Kong has registered a full year of slumping retail sales, new figures for the month of January show, with the losing streak set to widen further as the city struggles with the impact of the coronavirus and persistent social unrest that interrupted parts of the city again last weekend.

Retail sales for the month of January fell 21.4 percent compared to a year ago to 37.8 billion Hong Kong dollars, or $7.78 billion at current exchange. While such a drop would be considered significant at any time of year, the fact that January was the month of Chinese New Year, traditionally one of the biggest annual spending peaks, is even more sobering.

Jewelry and timepieces was the category most hit, dropping 41.6 percent during the month. This was followed by cosmetics, down 32.3 percent; apparel by 28.9 percent’ department stores, 27 percent, and footwear and accessories, dropping 22 percent. The only category that saw growth was supermarkets, which rose 12.3 percent.

February is all but guaranteed to be worse. The coronavirus had only just begun to reach mainstream public awareness in the last few days of January. While the virus had a temporary calming effect on antigovernment protests in Hong Kong, demonstrations flared again on Sunday — 115 people were arrested after protesters clashed with police in the districts of Mong Kok and Prince Edward in an exchange of petrol bombs, pepper spray and tear gas. 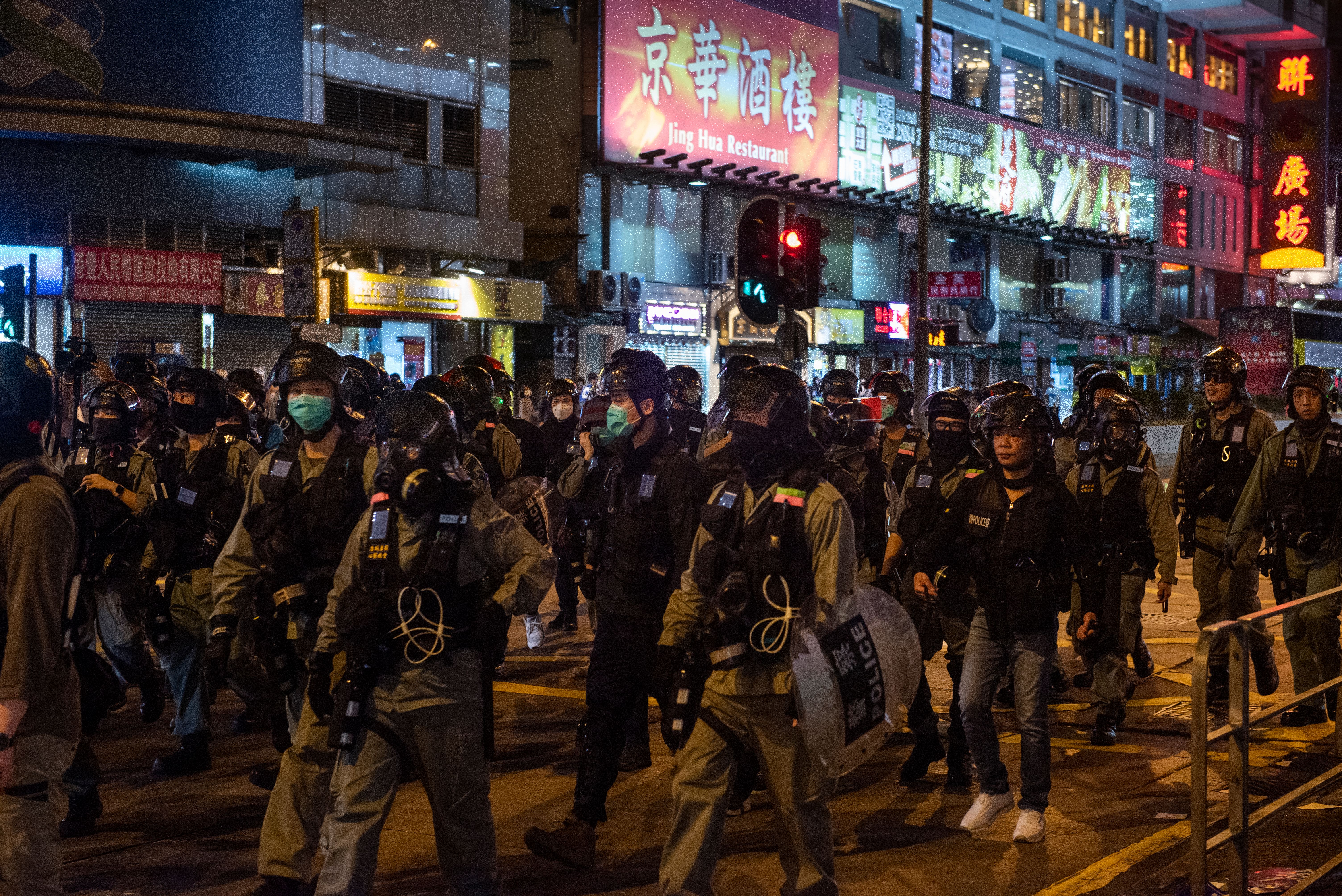 Riot police sent in to disperse protesters over the weekend.  Miguel Candela/SOPA Images/Shutterstock 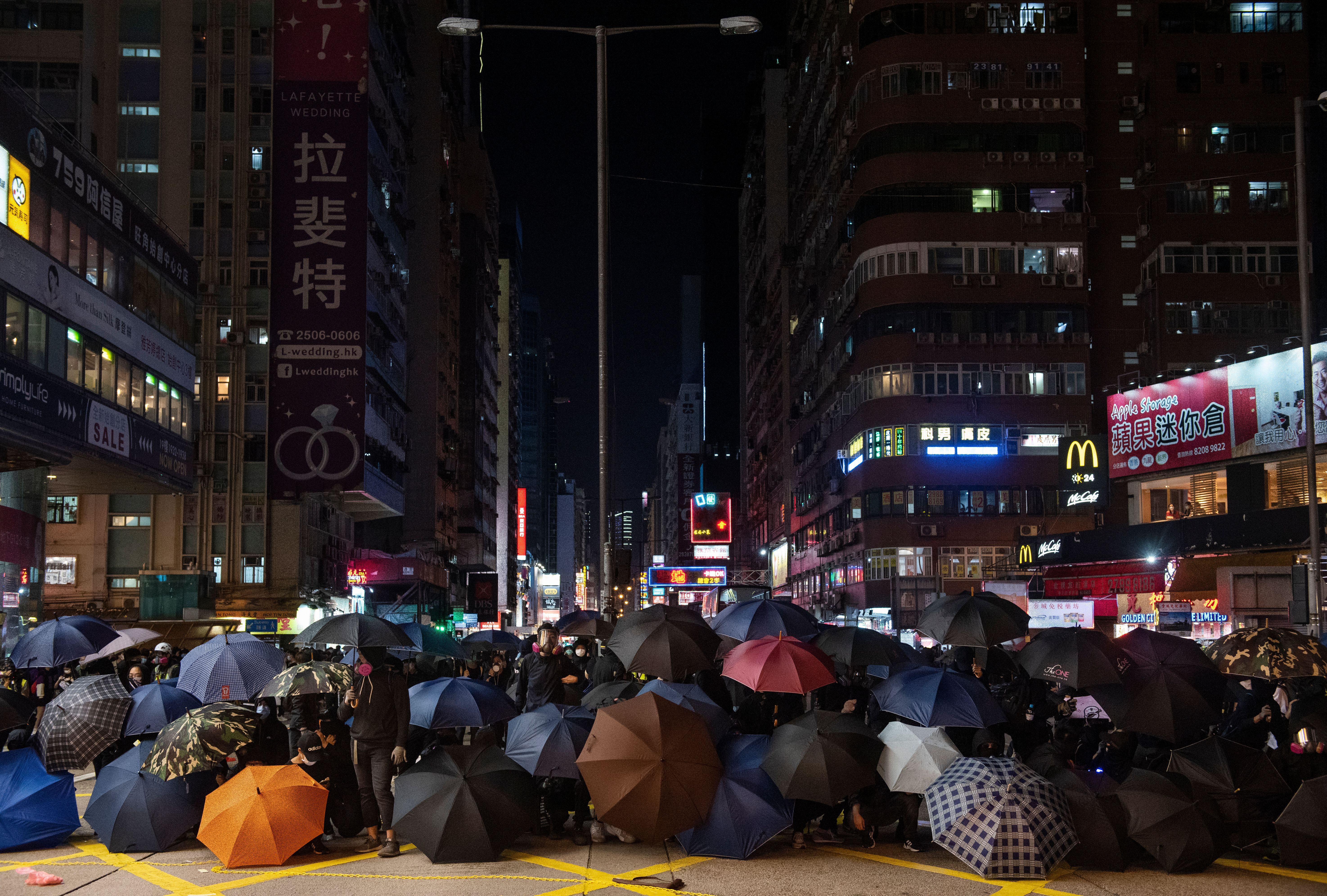 Protesters set up a roadblock using umbrellas during the most recent demonstration.  Miguel Candela/SOPA Images/Shutterstock

Hong Kong Retail Management Association chairwoman Annie Yau Tse said that for February the association was expecting a drop of 40 to 60 percent in apparel and department stores, and in the categories of cosmetics and jewelry and timepieces, it was as high as 60 to 80 percent.

Tse forecast that retail sales for the half year could see a “30 to 50 percent decline in overall retail,” adding that if it were the case “this fall in Hong Kong would be the biggest drop in HKRMA data.”

The chairwoman also pushed back on the idea of a quick, V-shaped rebound.

“The retail industry won’t have this expectation of something so dramatic but step by step [they] hope the drop will contract and it will get back to a more normal local consumer spending level and then talk about tourists,” she said. “It’s not like one or two months but it’s a few months or even a year to see back to previous levels.”

In an attempt to ease the economic pain, the Hong Kong government in its annual budget address last Wednesday offered a 120 billion Hong Kong dollar relief package that would include tax breaks, subsidies, and even a cash handout of 10,000 Hong Kong dollars to every permanent resident in Hong Kong. The move is aimed at helping companies stay in business but also to address the deep-rooted economic inequality that has played into the anti-government sentiment fueling the protests.