What beauty and fashion companies need to know to make and market products for mental health awareness month.

An increasing number of brands are introducing products meant to raise awareness around mental health, or raise money for organizations that help treat mental illness.

In 2018, Jen Gotch, the founder and chief creative officer of Ban.do, launched three nameplate necklaces. One said “anxiety.” The others said “bipolar” and “depression.”

“I didn’t actually consider that there would be any sort of backlash or negativity,” said Gotch, who publicly talks about her mental health struggles through her Instagram account and said the idea for the necklaces came to her while she was sitting at her dining room table. “I had been talking about it a little bit on my personal [account] and nothing came up as a red flag, and I just saw the positive in it,” Gotch said.

But some on social media accused Ban.do of romanticizing mental illness. Instead, what the company was trying to do was raise awareness, Gotch noted. 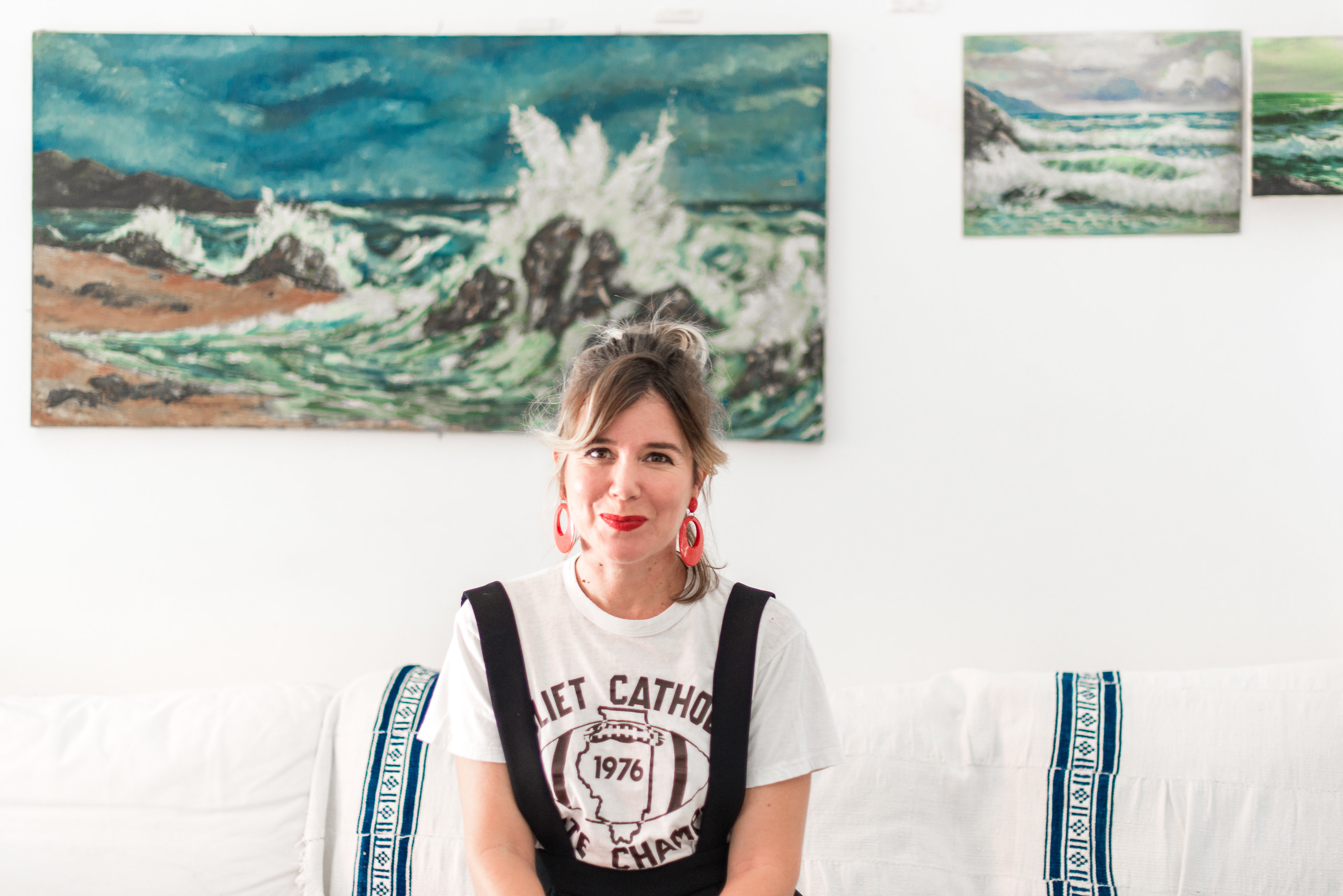 “We don’t profit on them — all of the proceeds go to Bring Change to Mind [a charity that aims to end stigma around mental illness]. To me, it wasn’t commerce, it was using an engaged audience to spread the word,” she said.

That commerce-cause balance is something more beauty, fashion and retail companies are striving to get right, especially as charitable initiatives surrounding mental health ramp up. May is mental health month, and June marks the one-year anniversary of designer Kate Spade’s death by suicide.

An increasing number of brands are bringing out products meant to raise awareness around mental health, or raise money for organizations that specialize in treating mental illness. It’s similar to the way fashion and beauty have rallied around other causes, like HIV/AIDs and breast cancer.

This week, Philosophy, a Coty Inc.-owned skin-care brand, will release a video featuring Aija Mayrock, author of “The Survival Guide to Bullying,” reading a poem about mental health that draws a connection between skin-care routines and mental-health ones. Before that, in April, the brand partnered with a theater company and invited influencers to promote a show about mental health called “Brainfood.” In July, Jo Malone London will release a candle in the U.K. and Ireland in its Charity Home Candle Collection — 75 percent of proceeds from the retail price will go toward a collection of mental health charities. At the same time, an influx of wellness brands are launching everything from functional fragrance to nutritional supplements in the name of stress reduction.

Beauty and fashion join businesses in an array of sectors — Burger King, with anti-Happy meals (a zinger for McDonalds), among them — in promoting awareness around mental health and mental illness in an age with rising suicide rates. According to research from the Centers for Disease Control and Prevention, suicide rates in the U.S. increased 33 percent between 1999 and 2017.

“The more we can talk and make [mental health conversations] more of a norm, people will feel comfortable to get the help they need,” said Peggy Elsrode, senior vice president of North America Luxury for Coty.

Part of the increase in corporate interest is people’s willingness to start having mental health conversations, said Katrina Gay, national director of strategic partnerships at the National Alliance on Mental Illness. “There are some brands that are starting to lean in in this space, and some that have leaned in in small ways,” Gay said. “Probably the most notable to everyone is Kate Spade and the foundation really beginning to turn a focus to mental health.”

In the wake of Spade’s death, the Kate Spade Foundation pledged $1 million to support suicide prevention and other mental health causes.

“A lot of it has to do with fashion industry talent — the influencers in the industry, and models and people that are oftentimes the face of some of these brands, and their willingness to speak out and share their experiences,” Gay continued.

But because of the sensitivity of the cause, wording for marketing initiatives and product is paramount, and it’s critical for companies to strike the right tone in order to sell their mental health merch in order to avoid social media backlash and angering consumers.

Gotch is not the only one who has come under social media fire for selling products with a mental health bent. Hers, a buzzy telemedicine company with the same financial backers as Glossier, recently drew widespread Internet criticism for marketing propranolol, a blood pressure medication sometimes used to treat anxiety, as a “performance anxiety aid” that could get rid of pre-date jitters.

Kenneth Cole, which has been selling “I Have Issues” T-shirts since 2008, said the brand hasn’t drawn criticism for that product specifically, but doesn’t shy away from tougher conversations. 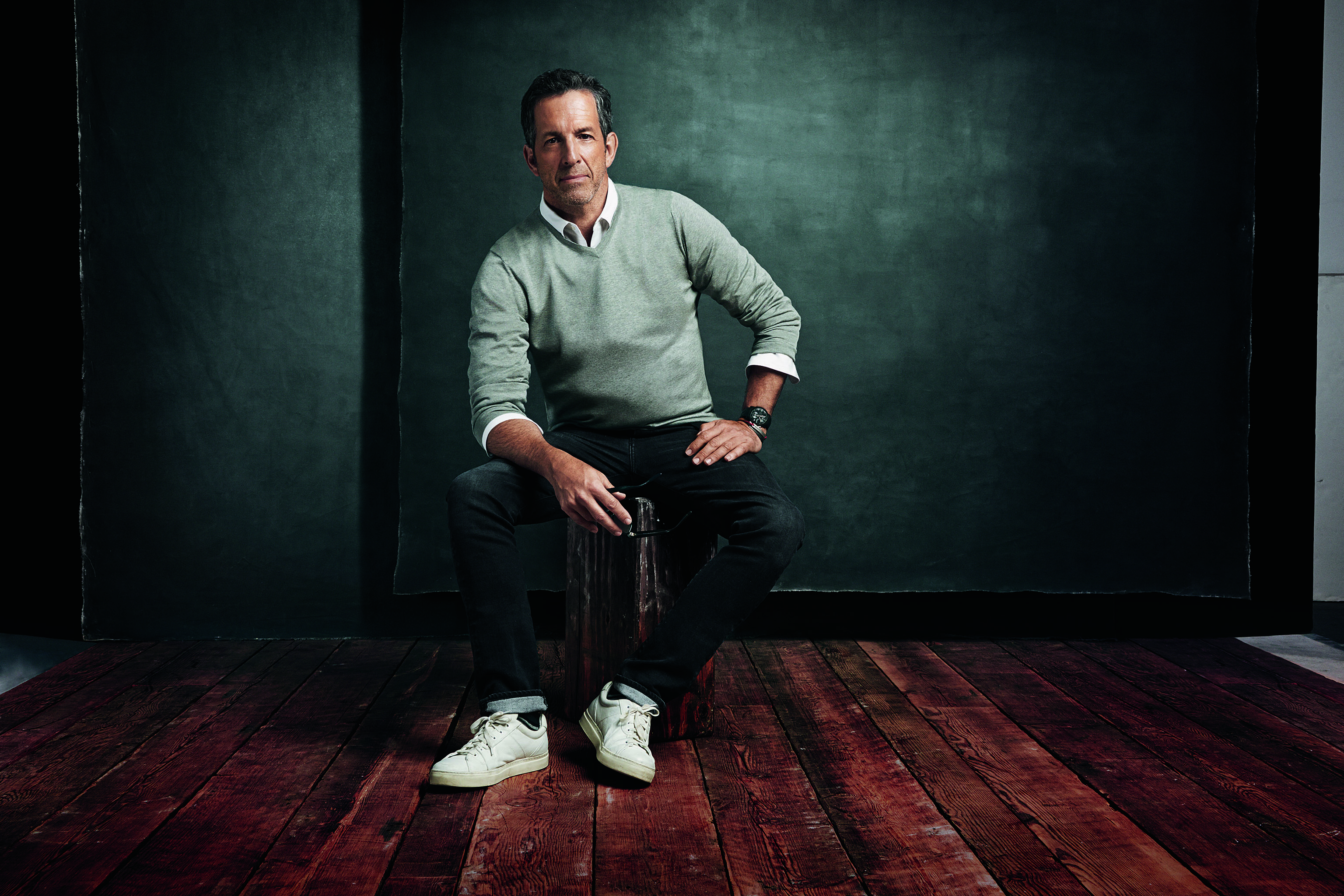 “It’s hard to really make a meaningful social impact today without offending anybody,” Cole told WWD at an event in his Bond Street store, where he was readying for a panel on mental health in early May. “With social media today, those minority voices are very loud. You have to just believe in what you’re doing and stay true to it and not relent.”

Cole, who has supported initiatives around HIV/AIDS for 30 years, said mental health is emerging as an even more pervasive issue. “It’s an opportunity to say something that’s profoundly important,” he said. “This is mental health awareness month, and this is an opportunity to shine a light on it and maximize the message and hopefully bring incremental resources to this issue.”

Incremental resources, aka money, are a large part of the equation for brands looking to make awareness-raising products. A minimum of 15 percent of all proceeds from Cole’s products in The Voice Shop — which aim to raise awareness around a variety of issues — go to NAMI. A portion of all of Philosophy’s proceeds go to the Hope and Grace initiative, which supports community-based mental health efforts. Proceeds from Ban.do’s “anxiety,” “bipolar” and “depression” necklaces also go to charity.

“Our support groups and education programs are at no cost to people, but they do cost money to deliver,” Gay said. The organization frequently works with beauty and fashion companies in order to help them get their messaging right, she noted.

“You see product alignment on all other causes, and until not too long ago you didn’t see products aligning with mental health as a cause,” Gay said. “It legitimizes this as a truly important topic and issue for others and sets a standard for others to follow. Along with cancer and heart and St. Jude and all these other very important causes, mental health is now, ‘oh, that’s a cause too, huh, hadn’t really thought about it.'”

It also comes at a time when consumers broadly are gaining interest in wellness and wellness-adjacent products, from CBD to bath salts. Those products can work well for those with and without mental illness, Gay said, noting that various stress-relieving products can advance the conversation and keep mental health top-of-mind for a broader group of people.

For those affected by mental illness, wearing a label — like an “anxiety” necklace — can allow them to “claim [it] as a power instead of something that’s a burden,” she noted. “It’s powerful.”

That language shift is something she recommends companies adopt internally, as well.

“People will sometimes say, ‘well, we don’t want those really crazy people, we just want the people who have a little bit of depression. The people who are sick, but maybe they’re not real sick,'” Gay said. “They won’t use it in their marketing language, but they’ll use it in conversation. [But] that mind-set will influence your content copy and your language.”

Companies should also avoid phrasing that “suggest[s] that there is a less sick and a more sick,” she noted. NAMI does not strive to provide business-to-business services for companies, but does end up working with fashion and beauty brands to cocreate products and suggest wording, Gay said.

For Gotch, who also sells T-shirts that say “Ask Me About My Feelings” and “I Cry at Work” alongside sticker books and “Yes You Can” coffee mugs, the decision to discuss mental health as a company initiative wasn’t always intentional.

“When I look back, I see there was a lot we were doing to connect on an emotional level,” she said. “Promoting optimism is such a big part of dealing with mental health issues…it wasn’t until we did the necklaces that it was a very specific, ‘we’re going to do something with mental health now.'”

And while there was a lot of feedback on the launch, the positive outweighed the negative, Gotch said. Ban.do still lists the $48 necklaces for sale on its site, and has donated more than $100,000 to charity because of the project, Gotch said.

And Gotch is thinking about ways to further that connection with the company’s consumers. “There were people sending me messages, too, that were fueled by anger and pain, and I was like, ‘tell me more about why,'” she said.

These days, she’s trying to find a way to build a community around necklace buyers to allow for a broader conversation, she said. “It started a new brand story for us that was larger than just fun.…It’s nice to work at a product-based company and feel like you’re having a larger effect on people’s lives than people just buying a cute cup from you.”