How Gucci Thrived in the Aftermath of Maurizio’s Murder

Domenico De Sole, former president and chief executive officer of Gucci Group, recalls the aftermath of Maurizio Gucci's death and his impact on the company.

Tom Ford and Domenico De Sole at their final show in 2004.

By the time Maurizio Gucci was gunned down in the lobby of his Milan office on March 27, 1995, the company he knew and loved was already embarking on a new journey under Domenico De Sole and Tom Ford, and priming for the sort of success that would surpass Maurizio’s own big ambitions.

For nearly two years the identity of his killer remained a mystery, and when it was revealed that his ex-wife Patrizia Reggiani had hired a hit man to finish him off, the scandal failed to taint the business. Memories of Maurizio faded and gave way to Gucci’s newfound popularity, and surging sales.

Gucci surprised everyone, and scaled rapidly: A few years after Ford’s breakout, the company piqued the interest of Prada, which took a 9.5 percent stake. Between June 1998 and February 1999, the eagle-eyed Bernard Arnault began to amass Gucci shares, eventually building up a stake of 34.4 percent through a series of transactions, before attempting a takeover, which was eventually foiled. 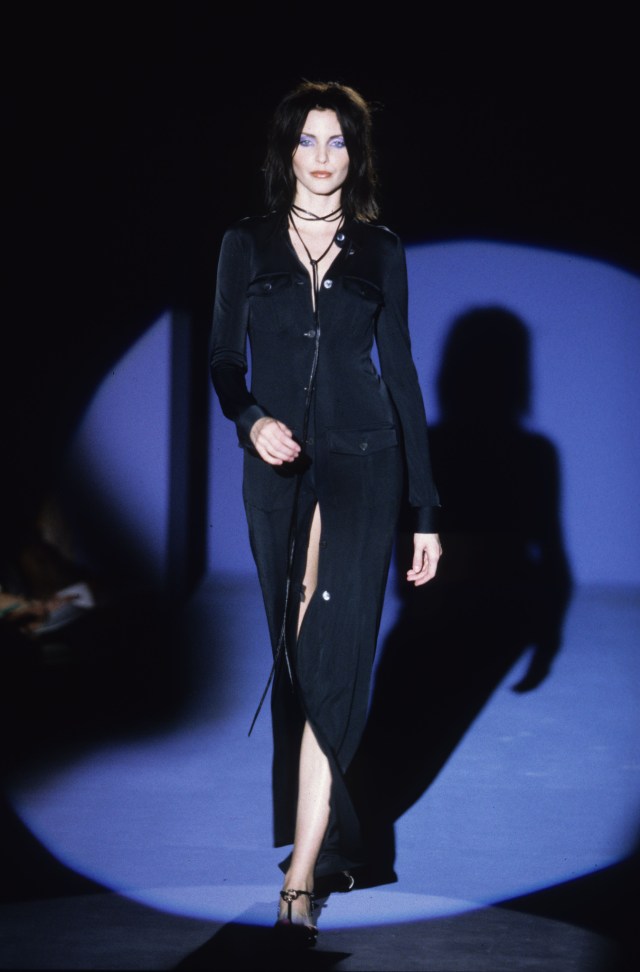 Arnault’s French rival François Pinault rode in as Gucci’s white knight, and brought the company into what was then PPR, and is now known as Kering.

While Maurizio’s death had no impact on the new 1990s Gucci — he had sold his shares to his then-minority partner Investcorp in 1993 — it was still shocking for some. De Sole remembers the months following the shooting as sad and puzzling for those who knew Maurizio, and for the company’s staff.

“It was very, very upsetting. A lot of people at Gucci had known Maurizio since he was a kid,” said De Sole, chairman of Tom Ford International and Sotheby’s, in an interview last week. De Sole, too, knew the family well. “I had been very, very close to Maurizio’s father Rodolfo. On an emotional level, it was a horrible thing to have happened, and very sad.”

An Italian-born, Harvard-educated lawyer who was then with a firm in Washington, D.C., De Sole had worked on Gucci’s corporate restructuring in the 1980s and became close to the family. It was Maurizio’s father Rodolfo who eventually persuaded De Sole to leave Patton, Boggs & Blow, and work for the family firm. De Sole later became chief executive officer of Gucci America Inc.

De Sole said in the months following the murder he was interviewed by police multiple times, and had also listened to the rumors flying around Milan that the killer might have been Maurizio’s ex-wife. A theory emerged that Patrizia Reggiani didn’t want Maurizio marrying his girlfriend at the time, potentially diluting the inheritance she believed was their daughters’ birth right.

“I didn’t believe it. I never thought it was possible — and I thought the rumors were crazy. I told the police, ‘It sounds like a soap opera!’ But, still, I couldn’t figure out who could have killed him, or who would want to kill him,” said De Sole. 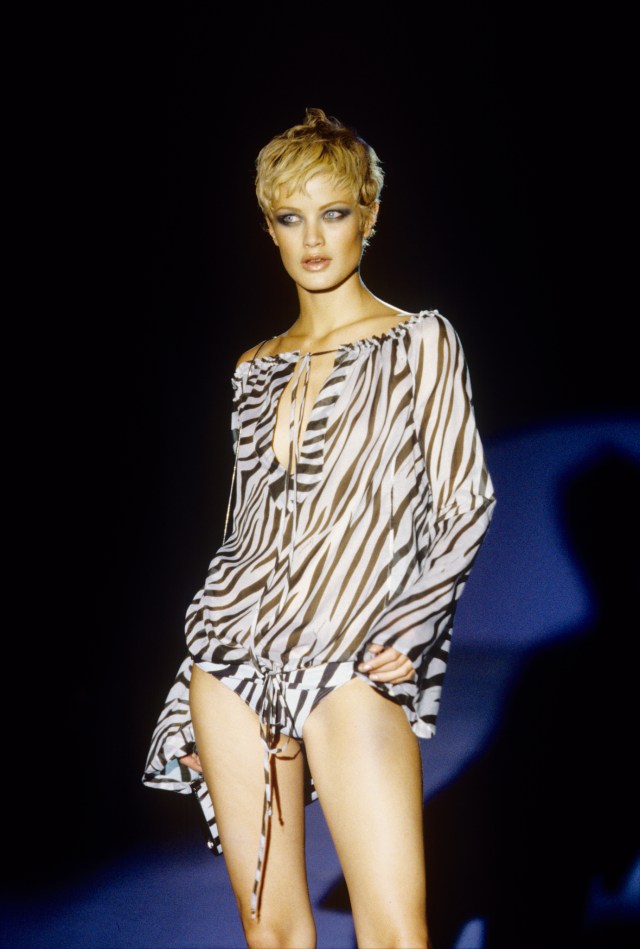 He and another Gucci executive, Allan Tuttle, visited Reggiani at her home on Milan’s Corso Venezia in the aftermath of the Maurizio’s death. “We spent the entire morning with her. We had a nice chat, a rational conversation. She was very gracious. I knew her very well, and I always had a very good relationship with her. It never crossed my mind that she could have killed him,” said De Sole.

Two years later, in January 1997 — the year of Ford’s harness dress and GG thongs — and with sales still climbing, De Sole remembers getting a call, midmeeting, at the Gucci offices in Milan. It was Ford telling him that Reggiani had been arrested in connection with the murder — but he still couldn’t believe it.

De Sole took over Gucci at a tricky time for the company: Having run Gucci America for nearly a decade, he returned to his native Italy in the early ’90s to become chief operating officer of the parent company and, not long after, the CEO.

Although by then Maurizio was on the verge of selling all of his shares to Investcorp and exiting the company, his legacy loomed large. It was Maurizio, with backing from his then-minority shareholder Investcorp, who hired Dawn Mello, formerly president of Bergdorf Goodman, to revitalize the brand as its creative director.

Mello brought in Richard Lambertson, head of Bergdorf’s accessories department, to be design director and picked Ford to oversee women’s ready-to-wear. Maurizio’s original decision was a winning one, and would eventually inspire other heritage brands, notably Burberry, to hire a retailer, stylist or fashion insider and to “do a Gucci” style revival.

While Maurizio may have had the vision, he didn’t have a grip on Gucci’s finances. In 1993, with Maurizio still holding half the shares, Gucci was losing money and auditors were recommending the liquidation of the label’s assets.

De Sole said Maurizio ordered him to fire the design staff, including Ford, but he refused. He added that Maurizio “was frustrated because the company was doing poorly.”

Maurizio “had a very good strategic view of the company, and I give him credit for his vision to reposition the brand,” said De Sole, who got to know the Gucci scion when he was working for the U.S. arm of the business. “The problem with Maurizio was discipline and execution — he couldn’t do it. He was not a good businessperson. He had the vision, but if you don’t execute the vision, it is meaningless. That was the reality.”

Maurizio’s dream for an international, prosperous and outward-looking Gucci was realized, and De Sole and Ford outstripped even their own expectations. 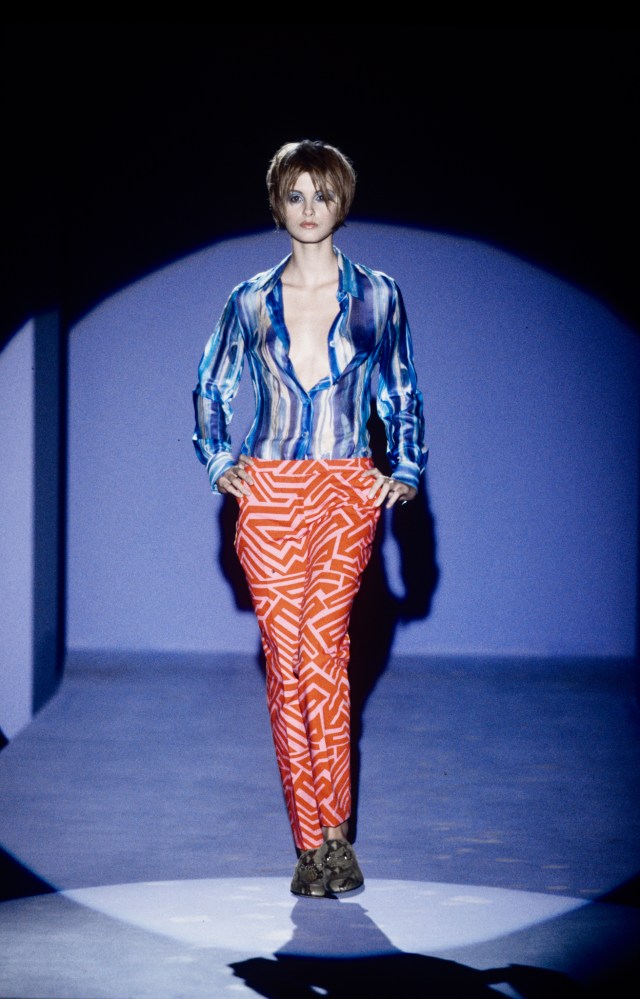 In a 2004 interview, on the day he left Gucci for good, De Sole told WWD his expectations for the company were never that grand. “Back in 1993, Gucci had worldwide sales of $198 million, and I thought I could get them up to $350 million,” he recalled. “Beyond that, I didn’t know. I also didn’t know the great job that Tom was going to do. I think we caught everybody by surprise. Our model worked.”

When De Sole departed, revenues for all of Gucci Group — which by then had expanded to include brands such as Yves Saint Laurent, Balenciaga, Alexander McQueen, Stella McCartney and Bottega Veneta — were more than $3 billion.

The Gucci brand has since become Kering’s largest, generating nearly 60 percent of revenues in 2020 with 7.44 billion euros in sales. In the third quarter of 2020, the brand reclaimed the top spot in Lyst’s ranking of the world’s most-searched names.

Reggiani, who was due to spend 26 years in jail, was freed after 17 years. She completed her sentence in social service work, and the terms of her release even allowed her a gig at Milan-based costume jewelry firm Bozart. She claims she is destitute, living in her mother’s villa near the Milan courthouse where she was tried and sentenced.

Although Reggiani admitted hating her ex-husband, she denied ever wanting to kill him. She blamed Maurizio for abandoning her in 1985 and divorcing her six years later.

She also resented what she described as his indifference to her illness and subsequent brain surgery in 1992, and she said she felt betrayed by Maurizio’s sale of the family company shares to Investcorp, bringing one of many chapters in the long-running Gucci saga to a close.

Maurizio Gucci, the First to Dream of a Gucci Luxury Powerhouse