Estimated loss balloons a day after Hong Kong protesters smash the windows of its flagship over rumors of a Beijing-sympathizing founder.

Protesters break the glass of a shop which allegedly support the police during protest against the security law. Protest vs security law in Hong Kong

SHANGHAI — I.T Group more than doubled its estimated net loss for the year to 700 million Hong Kong dollars, or $90 million at current exchange, a day after protesters in Hong Kong attacked its stores over reports the group’s founder Sham Kar Wai sympathizes with the city’s police force and Beijing.

The operator of department stores across Greater China and Japan, and joint venture partner to brands including Comme des Garçons, Dover Street Market and Galeries Lafayette had on April 9 warned investors of a 300 million Hong Kong dollar loss for the year ended Feb. 29.

The addendum newly issued cited “impairment provision of goodwill, property, furniture and equipment and right-of-use assets made in the fourth quarter of the financial year.”

The company was caught in the political crossfire after I.T founder and chairman Sham was photographed at a police force social event, which was interpreted as a sign of support for the city’s police force and in turn Beijing.

On Sunday, when protests flared in Hong Kong again due to the drafting a new security law by Beijing, protesters smashed the windows of the I.T Causeway Bay flagship and the Comme de Garçons shop on Percival Street.

Other companies, such as the major F&B operator Maxim’s Group, which partners with Starbucks, have also met the ire of Hong Kong protesters after Annie Wu, the daughter of the Maxim’s Group founder, said the protesters were rioters and did not represent Hong Kong’s views. Social media accounts on both sides of the political conflict circulate lists of businesses that support the movement or the police, encouraging consumer boycotts.

The central Beijing government said the draft security law was proposed to “tackle terrorism” but pro-democracy camps in Hong Kong say it represents the most serious deterioration of city’s autonomy to date and would breach the “one country, two systems” principle. 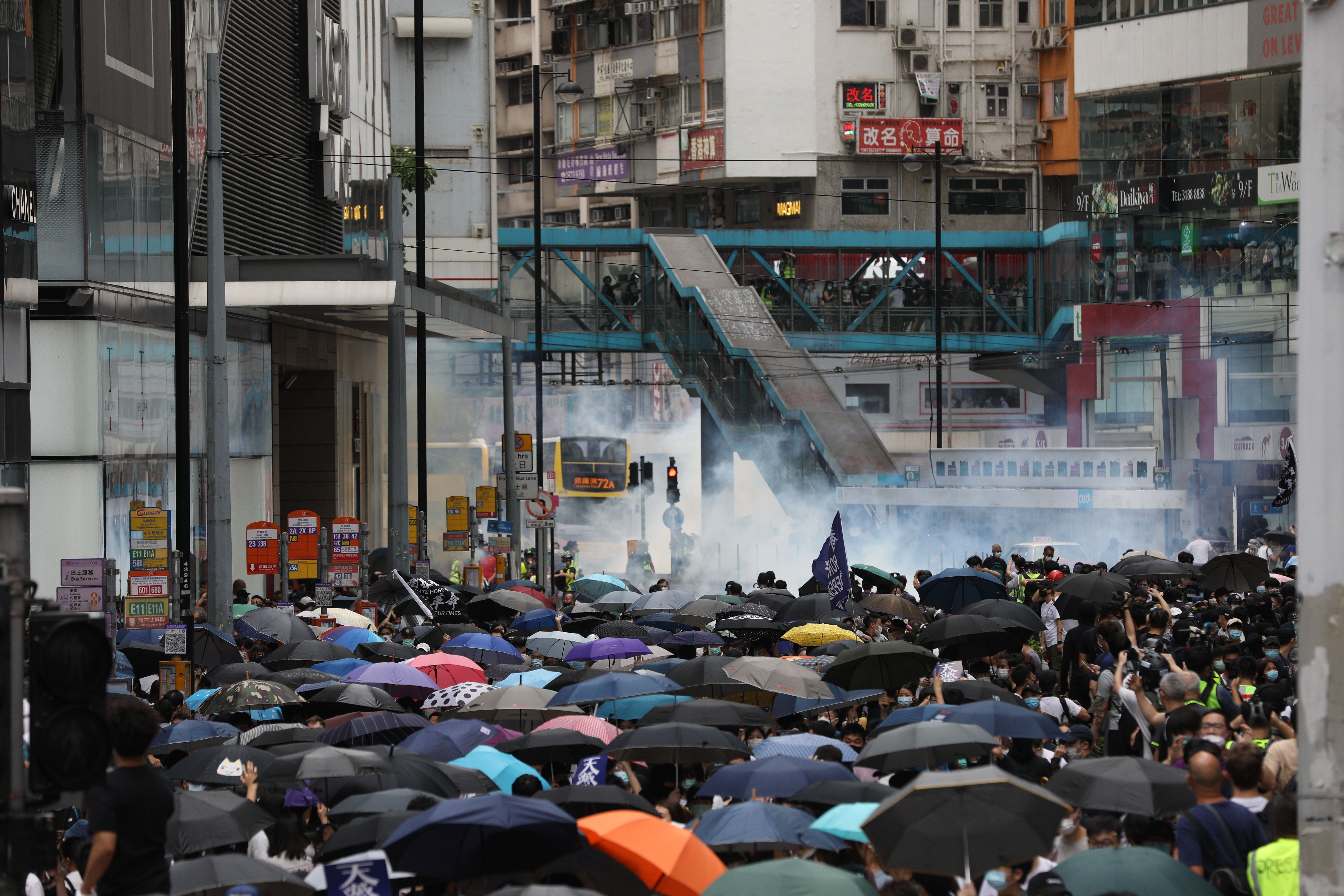 Tear gas is seen in the background as police try to disperse protesters during a rally against the implementation of a new national security law on May 24, 2020.  JEROME FAVRE/Shutterstock

In I.T Groups’s April 9 announcement, the company said: “Our sales dropped substantially in January and February of 2020 amidst an incredibly challenging operational environment. Consequently, our second-half results — traditionally stronger than first-half results due to seasonality — fell far below our expectation. In view of the challenging operating environment, the group has been actively managing operating expenses in order to minimize the overall impact of the current situation.”

It also stated that by March, more than 90 percent of its stores in mainland China have reopened, while Hong Kong and Japan are fully open. Its stores in the U.S. are temporarily closed. It is due to report earnings on Wednesday.