The platform’s “exploratory phase” began last week testing a group of users in Canada to see what hiding “likes” to audiences would do.

Social media is evolving, and Facebook Inc. is one company “updating” its app properties, akin to the pace of e-commerce with “privacy-focused” shopping, payment and communication updates intended for the benefit of brands, retailers, influencers and — everyone else.

In recent news, Facebook-owned Instagram announced the deployment of new app testing in Canada last week, which will “make like counts private for a group of users in Canada,” whereby only the author can see the number of likes they received on a post, according to an Instagram spokesperson. Privacy scandals loom in mind as the announcement of a “major evolution,” to which Facebook’s infamous cofounder and chief executive officer, Mark Zuckerberg, spoke of at the F8 developer conference in San Francisco; it’s all tailored to “make communities as central as friends,” as previously reported in WWD. 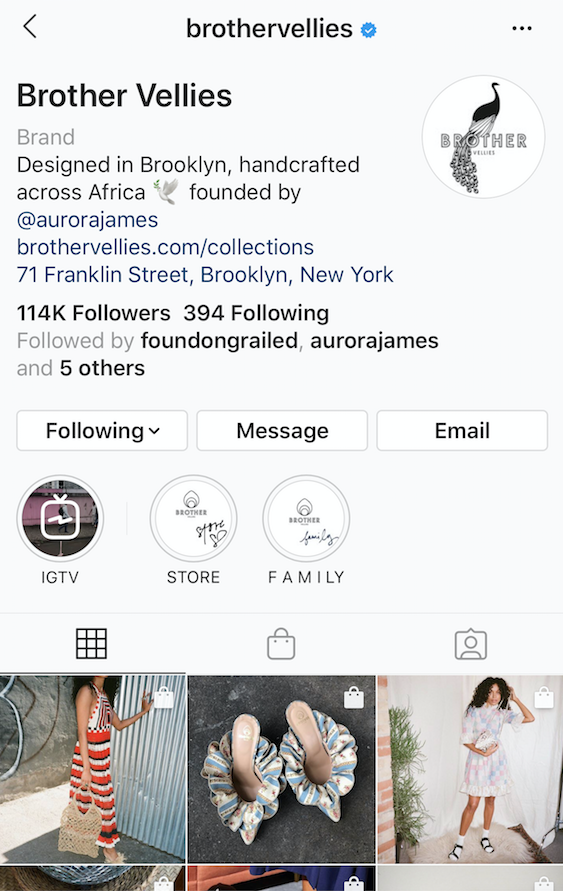 “If it is not on Instagram, then did it really happen?,” said Yanik Harrell, a college student at LIM College in New York City. As a Gen Zer, Harrell attributes her generation’s use of social media as a “creative outlet” and “source of entertainment,” fueled by accessibility. Fantasizing an all too common scenario: the arrival of whatever decadent meal, perhaps Belgian waffles stacked chin-high with fresh strawberries and a orange juice mimosa. Yet, the fabulous brunch is halted as table guests reach for their phones to document before taking a bite, posting to their Instagram feeds or stories. Modern society operates for the masses.

Harrell also cites having thousands of followers and a verification badge as a gauge for whether or not a page is credible, but with the Instagram feed algorithm constantly changing, she finds she pays little attention to the amount of likes as an indicator of quality content.

Likes offer validation for some, and pressure for many if their content isn’t performing. In her own experience, Harrell recently noticed the layout changing on pages she follows on Instagram, with “less focus being drawn to the amount of followers,” showing a view of her phone screen whereby sustainable fashion brand Brother Vellies’ Instagram profile featured a relocated, discreet view of its following. The first thing you see is the brand bio, not the circular icons depicting status. Harrell believes removing the focus in numerical values will “change the way in which influencers work and deliver content.”

People come to connect and stay to be inspired on Instagram. Boasting more than 1 billion monthly active users and over 500 million daily stories, its captive audiences scrolling through their Instagram feeds, a (selling) opportunity brands would be amiss to pass over. Today, forfeiting social media market share means being outdated with the latest shopping updates Instagram has introduced, or a listless, inauthentic approach to influencer marketing.

On Instagram, a suite of shopping features have been doled out over the last few months, including its in-app “Checkout” feature released March 19 and “Shopping From Creators” announced April 30 alongside the release of a donation sticker feature for Instagram stories. Changes appear to be encroaching on that of an e-commerce infrastructure. Purchase intentional, but with an orient on the community in privacy-focused changes, the latest feature to hide likes hits the “visceral” note Zuckerberg mentioned at the developer conference.

Instagram enters its “exploratory phase” whereby the supposed barometer for popularity, crowd appeal, winning content — the “like” is hidden from the general public’s view during a trial in Canada. By shielding likes from users’ followers, many hypothesize a pressure will be lessened for many suffering depression and loneliness (identified beforehand) from extended social media use, citing a study from University of Pennsylvania identifying a “clear causal link” between decreasing social media use and improving cases of loneliness and depression.

One of the biggest questions leering with likes being hidden on Instagram is whether brands will engage other metrics to vet initial partnerships and evaluate the ROI for influencers, or if likes even matter at all. As an Instagram spokesperson stated, “likes are hidden, but influencers can still see their own likes. Brands can also see the full list of people who liked a post.”

Many marketers view likes as “vanity metrics.” Ryan Detert, ceo of Influential, an artificial intelligence-powered technology and data company connecting brands with influencer talent said there is no correlation between likes and actual sales. Ryan Urban, ceo and cofounder at BounceX, agrees Instagram’s social “status” metrics are “vain” and “too easily gamed or downright fraudulent,” as provided in a statement to WWD.

“Brands shouldn’t be looking at likes or followers at face value to evaluate potential or current influencer partnerships,” Urban reiterated.

Urban believes, if Instagram and parent company Facebook Inc. do proactively commit to app changes, perhaps altering the visibility of likes and followings, then brands need to do what they already should be doing: “brands need to evaluate and optimize toward the metric that that influencer was supposed to directly impact.” He believes tracking purchases using a dedicated coupon code associated with that visitor, and providing them with a unique link for their bio will warrant more accurate results when trying to acquire new customer or drive online sales. In brand focused campaigns, Urban insists on “tracking usage or adoption of a hashtag associated with a campaign for that season.”

No predictions are made as to whether the changes made during the exploratory phase will reflect negatively or positively for the user community or whether Instagram will commit to full iteration after the trial. When asked if and when the changes would be adopted, the Instagram spokesperson said, “no further updates to share at this time.”

The Psychological Impact of Likes

Christie Ferrari — or “Dr. C,” clinical psychologist and fashion, lifestyle and travel blogger — poses further thought on how Instagram affects users. Ferrari completed training at the Johns Hopkins School of Medicine, and despite having a following of 515,000 on Instagram, still cites the negative effects of “likes” on users’ mental health.

Asking Ferrari the psychological impact of overusing Instagram for some users, she recounted research that names Instagram as the biggest culprit — in regards to social media platforms — for exasperating anxiety, depression and self-esteem issues, with likes and follower count as two big drivers of these effects. While the app doesn’t produce anxiety or body image issues directly, “Instagram use can influence a person’s self-worth when approval from others — by way of likes, follower count, etc. — is important to that person,” according to Ferrari.

Perfectly filtered, curated pictures — is this reality, or the key to post popularity? Ferrari added, “while hiding these metrics could help the network user’s mental health, the algorithm is also contributing to the problem.” Ferrari attributes the importance of likes and followers to “quantitative currency,” affecting the entire ecosystem of Instagram, but existing in similar mediums across every social network. On YouTube, the currency is one’s subscriber base, to which YouTube has already provided users the opportunity to hide their counts.

“We’re letting follower counts and likes have too much of an influence on whether we follow someone or not, or from a brand perspective, invest in someone or not,” reiterated Ferrari. Citing a study from June 2017 published by the Society for Research in Child Development Inc. on the effects of peer influence via Instagram on young adults, Ferrari said “it’s entirely possible for likes on an image to influence how much an individual liked a picture, or whether or not they hit “like” themselves. In essence, someone could be more likely to hit like on a picture that had 100,000 likes, as opposed to 1,000.” Ferrari reiterated the study may not have accounted for image quality.

All in the Algorithm?

“The root of the likes and follower counts is the algorithm, as it directly impacts the number of likes, comments and impressions an image gets anyway,” Ferrari said.

We’ve noticed an uptick in posts about Instagram limiting the reach of your photos to 7% of your followers, and would love to clear this up.

This past January, Instagram took to Twitter to bust myths about possible algorithm updates, saying: “What shows up first in your feed is determined by what posts and accounts you engage with the most, as well as other contributing factors such as the timeliness of posts, how often you use Instagram, how many people you follow, etc.” Algorithms are “personalized” to users and evolve over time, just as Instagram is showing in its testing phases. And “reverse-chronological isn’t coming back,” according to Hootsuite, the social media management platform that helps brands schedule its content.

While Instagram’s exploratory phase in Canada generates buzz over new possibility, whether it will reduce the negative impact for some users’ mental health, or urge users to more highly consider what quality content before liking posts or even how users perceives both influencer and brand credibility — only time will tell.