In this series, WWD follows two Fashion Scholarship Fund scholars as they explore the fast-paced life interning for the summer in New York City.

FSF helps place students with internships at companies such as Bloomingdale's, PVH, Centric Brands and more.

For fashion students, the lofty dreams of attending industry events, designer archives and showrooms are attainable only with access, a “foot in the door,” or in Kate and Javier’s case, a fashion scholarship.

Two scholars nurtured by the Fashion Scholarship Fund’s program — Javier Uriegas, a fashion merchandising student from University of Texas at Austin who is interning at Centric Brands, and Kate O’Neal, a Virginia Commonwealth University student who is interning at Bloomingdale’s — are manifesting their own realities.

Last week, Uriegas explored PVH-owned Tommy Hilfiger and Calvin Klein brand archives. “During the tour, we got to see the old collections from both brands and also learn the history of each,” Uriegas said to WWD, noting the cultural relevance of both heritage brands.

Similarly, O’Neal, alongside her fellow Bloomingdale’s interns, got to visit the Theory showroom to get the run-down of a ready-to-wear market appointment, with insight from a men’s merchandiser at Theory and a Bloomingdale’s buyer for men’s designer.

O’Neal described the experience as “eye-opening” and a glimpse into the essence of the industry — relationship building.

When in office, the interns work diligently on their assigned group projects.

For Uriegas, it just so happens to be the Empire State Building, where Centric Brands houses some of its showrooms and workspaces. Describing it as a “roller coaster since the beginning,” Uriegas finds thrill in the opportunity for cross-team collaboration among the interns, and he never hesitates to ask questions throughout the project. They are in the works of building a direct-to-consumer site for the company.

Attending a summit in Brooklyn on behalf of his company, Uriegas learned about everything from workplace culture to the future of the personalization of marketing.

On something he learned that week, Uriegas said, “It’s good to feel good about your work, but it’s also important to deliver on the promises and expectations made.”

Meanwhile, O’Neal lended a hand with a day of community service with her internship class. The class partnered with New York-based grassroots organization, “Citizens Committee” and helped clean up the M’Finda Kalunga Community Garden in Lower East Side. 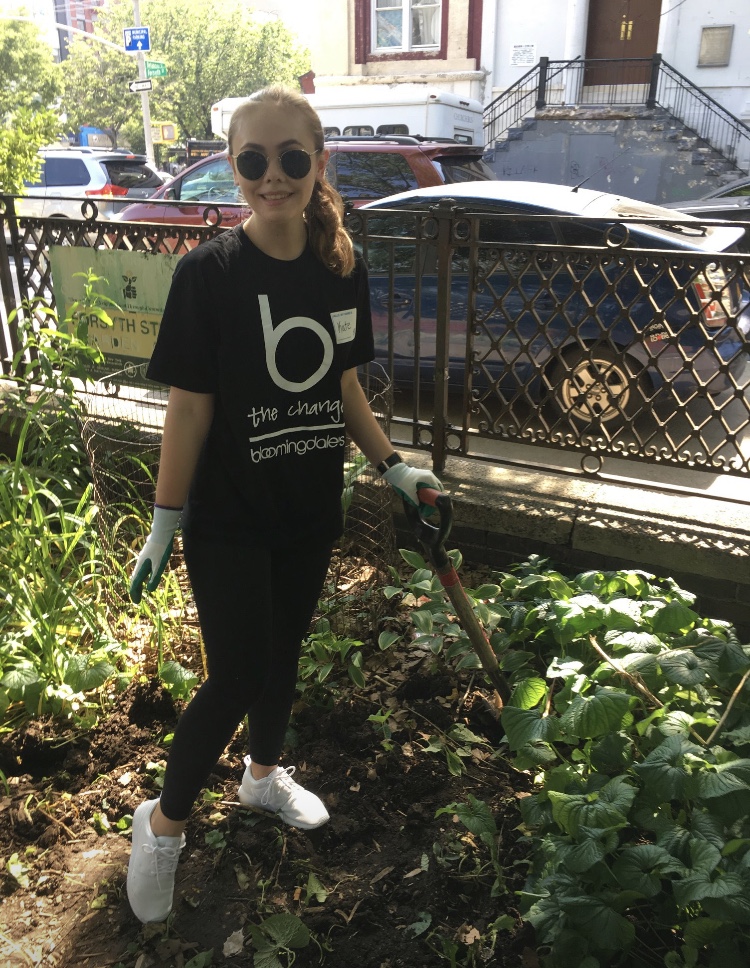 “One of Bloomingdale’s core values is to ‘Engage the communities we serve,’ so to partake in a day of service with my peers was an amazing way to see how Bloomingdale’s truly prioritizes giving back,” O’Neal said.

Delving further into her role as a buying intern, O’Neal praised the hands-on nature of the program where she was able to sit alongside the buyer while she wrote orders for the upcoming season. “An experience like this cannot be simulated in a classroom setting,” O’Neal said.

O’Neal preps alongside her peers — a team size of seven to eight cross-functional interns — to get their group project ready for the executive committee and key stakeholders.