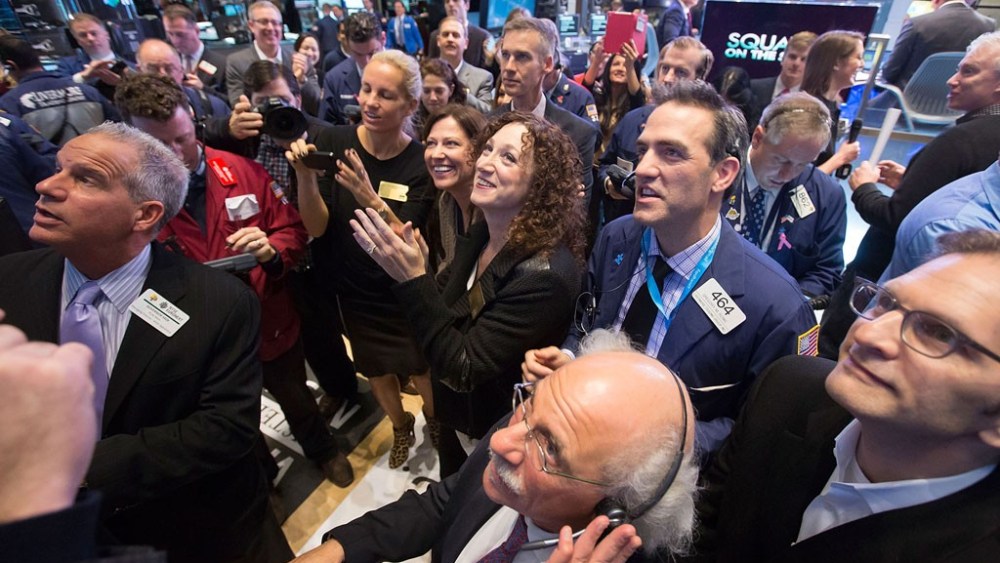 Investor confidence is back in the equity markets.

If 2013 was a watershed year in the initial public offering cycle, then 2014 could see more firms eyeing the stock market.

According to IPO investment advisory firm Renaissance Capital, global IPO issuance rebounded in 2013, with annual IPO proceeds increasing 37.5 percent to $137 billion. That’s the largest rise in proceeds since 2004, when U.S. IPOs had annual proceeds totaling $51.9 billion. That was the year that saw Google’s $1.7 billion IPO.

The Renaissance report noted that North America was the “largest contributor in IPO issuance” last year. Increased activity in the U.S. led to a 28.9 percent gain in proceeds raised in the region, or $51.7 billion compared with $40.1 billion raised in 2012. In 2013, North America also saw an 81.3 percent jump in the number of companies hitting the stock market, or 145 firms that completed IPOs versus 80 in 2012.

In the Asia-Pacific region, IPO proceeds raised inched up 7.7 percent to $44.9 billion as 91 firms went public, one company more than in 2012. That region was impacted by a shutdown of China’s A-Share IPO market as the country put a hold on equity offerings to redo the regulatory framework for stock market listings. Europe saw a pickup in offerings as the region moved past the effects of the 2011 sovereign debt crisis. The continent saw IPO proceeds almost tripling from 2012, or $26.9 billion raised via 46 offerings versus $9.9 billion raised through 15 IPOs in 2012.

There was no shortage of fashion and retail companies going public last year. Nine companies successfully completed their IPOs in the U.S. and overseas, with the U.S. market leading the way with six. All had at least the partial backing of financial sponsors — either through private equity or firms that had been venture capital funded start-ups — and all were partial flotations.

Coupon site RetailMeNot Inc. was the first out in the second half, raising $191 million on July 19. Then there was a lull until Oct. 2, when Burlington Stores Inc., formerly Burlington Coat Factory, went public and raised $226.6 million. The much anticipated IPO of Twitter was next on Nov. 7, raising $1.8 billion. Children’s e-commerce flash-sale site Zulily Inc. raised $253 million when it went public on Nov. 15.

Last but not least, Moncler SpA finally surfaced on Milan’s stock market on Dec. 16, and its much-anticipated IPO raised $1.08 billion, including an over-allotment option.

Both Coty and Moncler, each raising in the $1 billion range, were the largest IPOs in the fashion and beauty space since Michael Kors Holdings Ltd. raised $944 million in its December 2011 flotation in Hong Kong.

With the exception of Coty, which has faced challenges in the mass fragrance and nail categories, all the other new stock market listings in 2013 have seen their share prices trade slightly higher than their opening day closes. The new fashion stocks have been boosted in part by the rise in all major global market indices last year.

Outside of the IPOs last year, several stocks in the fashion and retail space saw gains.

In the U.S., shares of Zale Corp. saw a 284 percent jump to end the year at $15.77 as it continues to see same-store sales growth, while Fifth & Pacific Cos. Inc. came in second, with a 158 percent gain to end the year at $32.07, boosted by the sale of its Juicy Couture brand and the completion of the sale of Lucky Brand coming up in the first quarter. Cache Inc., which saw operating metrics improve, rose 181 percent to $5.43.

There were losers as well, though. Among those firms that saw their shares heading south in 2013 was Lululemon Athletica Inc., down 22.6 percent to end the year at $59.03, hurt by the backdrop of a weak fourth-quarter selling environment, anticipated change in its chief executive officer and execution issues, such as that surrounding its Luon yoga pant. J.C. Penney Co. Inc. saw its shares fall 53.6 percent to $9.15 at yearend due to all the trials and tribulations from the return of former ceo Myron “Mike” Ullman 3rd, questions about its turnaround and an intra-board fight. Coldwater Creek Inc. was one of the worst performers for the year, down 84.4 percent to 75 cents as the firm tries to right the ship, exploring options that include the sale of the company.

On the international front, Safilo Group SpA was the top performer, gaining 155.3 percent for the year, while Brunello Cucinelli SpA jumped 94.1 percent and Salvatore Ferragamo Italia SpA rose 68 percent. While Luen Thai Holdings Ltd. was the leader on the Hong Kong Stock Exchange, up 140.7 percent, that exchange also saw a number of laggards last year. Among those were Trinity Ltd., down 45.5 percent; I.T Ltd., down 37.5 percent, and King Fook Holdings Ltd., down 34.9 percent. Others listed on international markets that saw declines in 2013 include Li & Fung at 24.9 percent, Mulberry Group plc at 18.2 percent, Prada SpA at 6.6 percent and LVMH Moët Hennessy Louis Vuitton SA at 2.2 percent.

Still, it is the stellar success of the Kors IPO, as well as the $209.4 million raised by Brunello Cucinelli in Milan that followed in April 2012, that increased investor attention in the fashion sector last year and will likely continue to do so in 2014. This attention is expected to come not only in the form of more IPOs, but also private equity firms looking to take stakes in fashion companies as they trawl for the next Michael Kors (see sidebar).

Richard Kestenbaum, a partner at investment banking firm Triangle Capital, said that provided the fickle IPO window stays open, “there’s no reason why investors won’t continue to like fashion and retail. As long as designers and operators can keep developing concepts that will make people buy what they want and not just what they need, margins will be high and investors will like it.”

While it isn’t clear which firm could be the next stock market darling, there are already a handful that could be poised for an IPO this year.

In the pipeline in the U.S. is Claire’s Inc., the teen accessories retailer acquired in 2007 for $3.1 billion by private equity firm Apollo Management. Claire’s on May 3 filed to raise $100 million in an IPO. The filing said proceeds will be used to repay debt.

Overseas, online fashion e-tailer Boohoo.com, based in Manchester, England, plans to go public during the first quarter. Up in the air is London-based House of Fraser. While a flotation could be possible by springtime, there’s a chance the chain could be acquired instead as Galeries Lafayette is in talks to buy the department store chain. And Russian online fashion e-tailer KupiVIP is eyeing an IPO this year on the New York Stock Exchange.

In October, Raffaele Jerusalmi, ceo of Italy’s Stock Exchange, said that up to six luxury goods and fashion firms are looking to list in Milan in the first half of the year. He didn’t disclose any names, but noted that a few are looking to quote on the exchange’s AIM market for small-cap stocks. Potential listers include luxury goods makers that are part of the exchange’s Elite program, which helps them navigate their growth phases with an eye toward a possible listing down the road.

Others said to be closely eyeing the public markets this year — most likely in the back half — are Pinterest, J. Crew, Gilt Groupe and Alibaba. On the media side, digital lifestyle network firm Glam Media is said to be preparing for an IPO.

Beyond 2014 are Italian fashion firm Pianoforte, likely in 2015, and Marc Jacobs, possibly as early as 2016, as Jacobs and LVMH, a substantial stakeholder in the brand, work on their IPO preparation.

Given the old saw about how fashion is too risky a business to invest in, the interest of investors in new issues raises the questions “why” and “what has changed.”

Ron Friedman, the retail practice leader and partner-in-charge of the Southern California region for financial services firm Marcum LLP, attributed the interest to the new business model that vendors now have, compared with when they were just wholesale firms. “Investors are excited about the better brands and the high-end luxury group because when they open their own brick-and-mortar stores, they get high margins and high profitability. That’s something many investors have never seen before when vendors were mainly wholesalers. Now they’re seeing tremendous profits coming out of these vendors.…Even if consumers pull back on their spending, those that [have and continue to open] their own stores still see high gross margins.”

For Antony Karabus, president of Hilco Retail Consulting, smaller aspirational brands such as a Vince or Tory Burch can do well since their distribution isn’t yet ubiquitous, giving investors “a lot of runway for growth because they are growing both wholesale and retail. Many can grow wholesale faster than retail, which gives investors some cushion because even if there’s less margin than from a freestanding store, they can still open a lot of wholesale doors without much capital.”

According to Wells Fargo analyst Evren Kopelman, “One of the themes is the lack of growth for most of the companies [already public]. These firms are not small anymore, and it’s harder to grow from a larger base. The [new issues] are still growing. That’s why these firms are being received so well.”

She added that fashion right now occupies a unique spot: “These contemporary brands have found a good space between the designer price points and the more accessible price point of a J. Crew and Banana Republic.”

According to Kopelman, if Vince continues to perform well over the next few quarters, that should make the investment community even more receptive to the next few fashion firms to go public in 2014.

Citigroup analyst Oliver Chen said the emergence of omnichannel has provided an additional reason for companies to go public, since these smaller firms need capital to help them grow and open new stores. “Going public gives them the ability to invest the dollars that they get to focus on global store expansion as well as online. I think we will continue to see capital raising [particularly since] there’s been a stabilizing employment picture and healthy momentum in S&P performance.”

Mark Cohen, Columbia Business School professor, said, “Everybody is trying to find a way to locate the pot at the end of the rainbow. People like Michael Kors have set an expectation that a lot of investors on the Street seem to [correlate with] instant success, even though consumers have no meaningful awareness of these companies when they go public.” He believes that luxury firms, which “don’t engage in high-low or in-season promotions, or promiscuous distribution,” capture the attention of investors because they know that these high-end firms target consumers who are willing to spend a little more because they’re buying an “element of exclusivity in fashion and quality.”