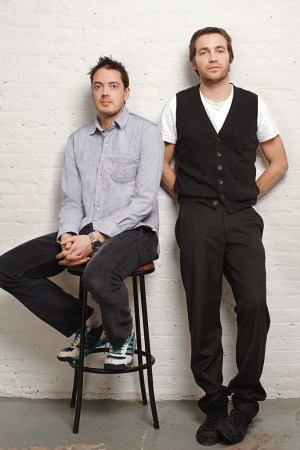 The private equity firm, which Howard heads as chief executive officer, took a minority stake in the quickly growing New York-based brand. Neville, Wainwright, Andrew Rosen and Irving Place now each own roughly a quarter of the business.

“This company is a rocket ship and the people who run it are unbelievably talented,” Howard told WWD Tuesday. “I love the brand. I understand its point of view. There’s a special sensibility and aesthetic and mentality to the brand. It’s a little bit unanticipated and fun, yet elegant. Every button and every lining, it’s thought about. The job as the company gets large is to maintain the same kind of vigilance and sense of humor.”

Howard said Rag & Bone works for both men and women and cuts across the age divide. “You can be 16 or 65 and wear the product, the same product,” he said.

As an investor, Howard said Irving Place could help Rag & Bone accelerate its e-commerce business and lend a hand in other areas such as human resources and strategic planning. He also noted the brand has potential to expand its accessories business and its international presence.

Wainwright founded Rag & Bone in 2002 and was later joined by Neville, a former schoolmate. The brand won the Swarovski Award for Menswear in 2007 and Wainwright and Neville were named Menswear Designers of the Year by the Council of Fashion Designers of America in 2010.

Last year, the company rolled out its first print advertising, a gritty color and black-and-white campaign with Kate Moss.

A London store, which opened in July, was a return home for the design duo. Brands have had to exercise caution when it comes to Europe, but Rag & Bone pushed ahead even though the economy is weakening and austerity is the norm.

“We’re lucky,” Neville said at the time. “We’re not a giant brand. We’re a small, nimble brand in a growth phase, so the environment affects us less than it would an established business. We don’t see it as something to stop us from pushing forward.”

The brand’s first handbag, a semistructured Pilot satchel, made its debut in the fall.

The brand’s growth trajectory has been very strong.

Wainwright said in July: “We’ve seen 100 percent growth year-on-year for the past six years, so we are not desperate for growth. It’s about quality, not quantity.”

In the past, Irving Place has invested in Seven For All Mankind, Stuart Weitzman and Aéropostale Inc. Seven is now owned by VF Corp. while The Jones Group Inc. has a majority stake in Stuart Weitzman. Aéropostale is traded publicly.

The close of 2012 brought a flurry of deals as investors sought to finish transactions before changes to the tax structure.

In addition to inking the Rag & Bone transaction, Howard spent the end of the year finalizing the sale of J Brand to Fast Retailing Co. Ltd., where Rosen is group senior vice president.

Howard and Rosen, who is also cofounder and ceo of Theory, have been two of fashion’s busiest dealmakers lately. They both have personal investments in Proenza Schouler.

Proenza Schouler and Rag & Bone are similar in that they are fashion brands that are seen as having plenty of growth ahead of them.

Although Howard and Rosen have long invested in fashion, the general market has just reawakened to the financial power of a brand with the success of Michael Kors Holdings Ltd., which went public in late 2011.