The disconnect that’s roiling the economy and society and what companies can do to help.

The assumptions of capitalism are being reexamined.

If the world is shaking, maybe it’s because the bedrock of the American economy and global growth — the capitalist system itself — is shifting.

Retailers slip, only to find traction and slip again as consumers pull back on their spending or chase new dreams prizing experience and sustainability. Technology is redefining everything, from privacy to what it means to be connected to other people. The U.S. health care and educational systems are inadequate. Old racial tensions have reappeared. Fears of monopolies, this time digital, are growing. And major geopolitical chess pieces are in play with Britain preparing to jump out of the European Union, the far right gaining ground on the Continent and President Donald Trump picking fights with almost everyone.

Forces that seem destined to shape history are on the move and the people lucky enough to be able to take advantage of them have been moving ahead — and rapidly. Everyone else seems to be treading water or falling further behind. Many are crying foul.

Their complaints can be heard most clearly in politics — on both sides of the aisle. Just as Trump rode a wave of discontent into office, telling his working-class base that they were being cheated by immigrants, the fight for the future of the Democratic Party has been animated by the argument that the working class is being ripped off by business fat cats.

One signpost is Elizabeth Warren, whose campaign for president declares: “This is the fight of our lives. The fight to build an America that works for everyone, not just the wealthy and the well-connected. It won’t be easy. But united by our values, we can make big, structural change.”

Warren is just one of the more strident voices vying to retake the Oval Office for the Democrats, which will start the second round of debates tonight. Her message against big money is also echoed by everyone from fellow candidate Bernie Sanders to Rep. Alexandria Ocasio-Cortez (D., N.Y.).

And while the presidential campaign will no doubt be a messy one, it also promises to keep serving up messages of dramatic change that ultimately answer one very particular economic woe.

The American middle class has been hurting for a generation or more, with paychecks over the past decade offering a glimpse at the broader problem. Weekly wages in the U.S. were stagnant from 2009 through 2016 and have grown at an average of just 1.2 percent over the past three years, according to the Labor Department. That modest uptick has not taken away the sting of the Great Recession even a decade later and looks all the more modest as the stock market shoots to new highs and unemployment is at a 50-year low.

While the rallying cry against capitalism has grown louder, there are still few in the U.S. calling for Western democracies to turn to communism or totalitarianism. Most people don’t want to ditch capitalism, but to tweak the rules and build a conscious or inclusive approach that provides more support for the people left behind — and enough leeway to grow a business.

Bayard Winthrop, founder and chief executive officer of the Made in the USA brand American Giant, said: “There’s been no better way [than capitalism] to provide a better quality of living, a cleaner environment, more respect for human rights, more respect for religion — all these things we hold near and dear.”

But he said a “free and unchecked” capitalism “results in this binary outcome” that has hurt the middle class and led to trade policies that have brands “chase the lowest labor rates and the lowest environmental standards in order to drive margins.”

Winthrop described what had been the prevailing approach as “free trade at all costs no matter what” and said that while he appreciated the business rationale, “apparel companies really lost their soul a little bit.”

“The federal government has to begin to step in and tilt decision making in ways that benefit the broader constituency,” he said. “To the extent that we can generally turn trade policy and incentives in a direction that incent better behavior, that is a good thing.

“Trump is deploying, in my view, deeply unhelpful language around immigration and using a very unwieldy hammer with trade policy — it may be effective, but blunt. You end up catching a lot of shrapnel,” he said. 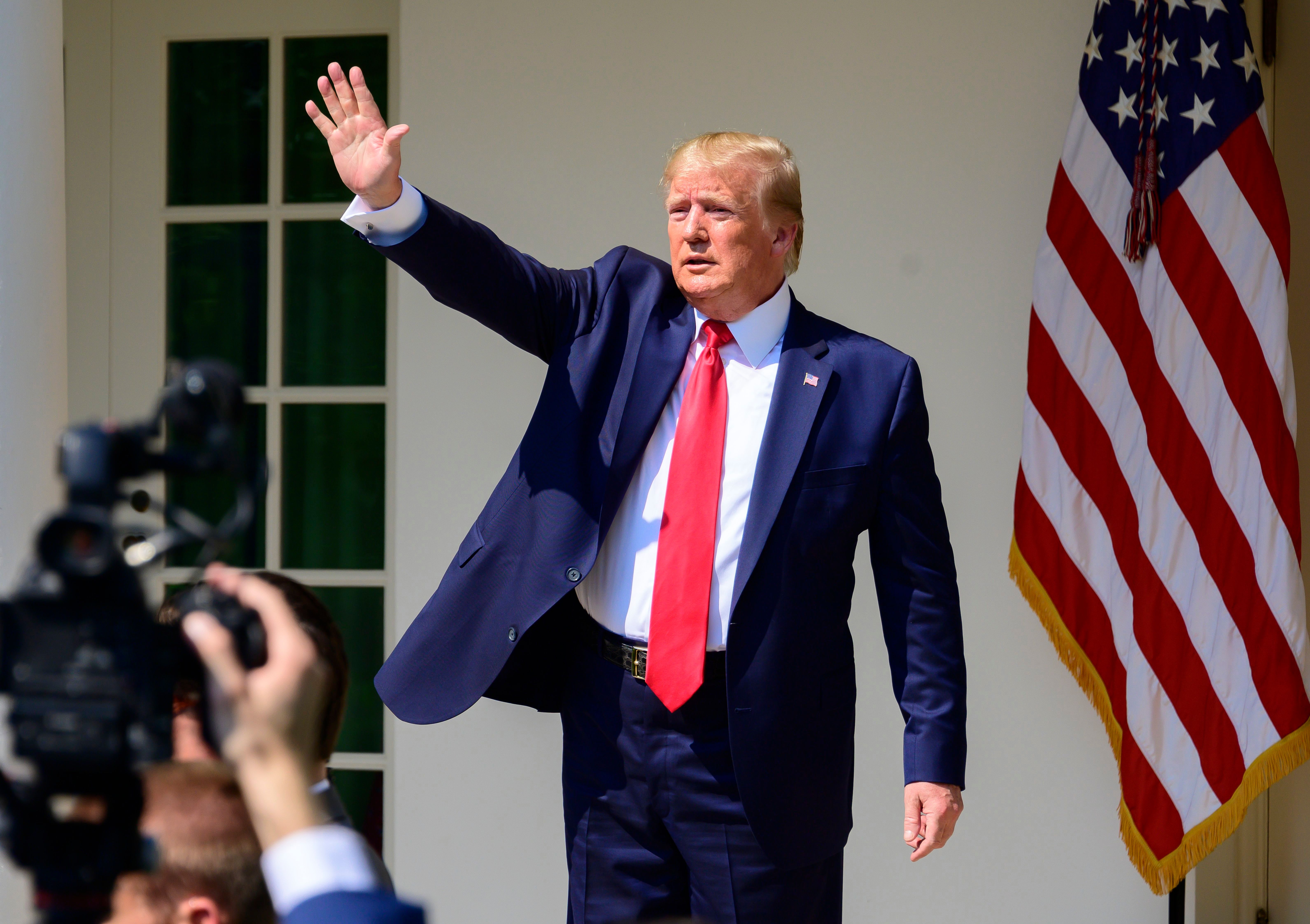 The presidency of Donald Trump has helped sharpen focus on capitalism’s role in society.  Shutterstock

Winthrop’s wish is a government that can stay small, but be more effective and is able to take a more nuanced approach to managing the economy that doesn’t steer to an extreme.

“I do hope that out of [the race for president] comes a voice that speaks to the 85 percent of us that are all feeling basically the same way” about Washington, he said. “Knock off the posturing, knock off the vitriol, get to work, let the government be functional and let us all be productive again.”

Such calls for civility will have to be loud indeed to be heard in the social media sphere or projected out to the world in cable TV news crawlers.

“In order to get attention, which is the currency of the digital economy, there’s no room for nuance or subtlety — you stand on one side or the other and you scream,” said Jonathan Low, a partner at the Predictiv consultancy. “The more outrageous you are, the more attention you get.”

The digital revolution is an important part of the broader debate on economic well-being, having transformed information, jobs and GDPs.

“We’re at a point where the overall economy has not kept up with the changes that technology has wrought,” Low said. “A lot of people all of over the world are feeling left out, in part because they look at their phones and they see apartments in New York selling for $120 million and people owning their own airplanes and they’re thinking, ‘Hey, what about me?’”

That economic uneasiness combined with growing concerns about climate change, sustainability, immigration, privacy and more adds up to a chorus of discontent — one that Trump expertly plays into.

People in the c-suite are hearing those complaints, hearing consumers more clearly in general and trying to adjust — at least somewhat — to sync up with shoppers and not just give them what they want, but to also reflect their values.

“Companies are responding to what their market research is telling them, which is, this is how you appeal to Millennials, which are the customer of the future,” Low said. “I wouldn’t call it cynical, I would call it a realistic approach of what you need to do to sell.”

The corporate response to the ebbs and flows of the economy and the rules that govern it is often delicate and measured. Ceos are hired by boards that represent investors, who are looking for money. Even the most enlightened executives tread carefully when talk turns to shareholder value.

John Howard, co-managing partner of Irving Place Capital, and a longtime investor in fashion, said it is difficult to “balance profitability with sensitivity and not be seen as a socialist.”

“There needs to be something between Ayn Rand and Karl Marx — an enlightened capitalism — re-creating a system, whatever the cost, that provides real support and education and ultimately opportunity without creating dependency and weakness,” Howard said. “We need to be generous, thoughtful, helpful and willing to share — all things we teach kindergarteners to do.”

As the corporate world starts to adjust to tectonic shifts in society, the economy is also starting to change — although at a pace that is maddeningly slow for many and surely too late for some.

Fariborz Ghadar, a professor at Pennsylvania State University’s Smeal College of Business, said the economy is “beginning to turn things around.”

“We have hit a glitch in the road and we have to deal with it,” said Ghadar, who is also director of the school’s Center for Global Business Studies. “Is capitalism dead? No. It’s got some problems and the marketplace generally will fix itself.

“The capitalism thing goes up and down,” he said. “It will basically modify itself a little bit, we’ll have some push toward regulation of privacy, we’ll have a reassessment of what monopoly means in the age of Google and Facebook. But I don’t think we’re going to become socialist and I don’t think the average American’s going to wake up one day and become Marxist. We are beginning to believe as a society that health care is important and everybody should be basically taken care of. As the labor market becomes tighter and tighter, then you have to be nicer and nicer to your employees, which means a better 401(k), a better health care package and a better salary.”

While the old paradigm had the government setting the rules and defining the playing field where businesses compete and then letting businesses get on with it, more companies are taking on (or trying to figure out how to take on) greater responsibility. That has companies looking not just to produce profits, but to improve society as a whole. John Godfrey, who is corporate affairs director at U.K. financial services firm Legal & General and was policy head under former British Prime Minister Theresa May, said the world is turning to a kinder “inclusive capitalism” where the right thing and the commercially sensible thing can go hand in hand.

“We’re a very long-term business because we are basically, for the most part, paying people’s pensions, so we take a 30-, 40-, 50-year view,” Godfrey said of Legal & General. “We make investments to pay those pensions and clearly you have to be around for a long time and sustainable, and it’s much easier to do that if you are doing the right thing and being seen to do the right thing.

“If capitalism isn’t inclusive, if people are looking for huge short-term gains, then that is not good for the broad economy,” he said.

Godfrey said capitalism has been very good for poor countries, where the upper and lower classes have gained, helping to diminish global hunger. In the developed world, it’s also been very good for the richest, who have gotten richer.

Godfrey sees a kind of corporate Darwinism, where companies that do good also do well and survive, with governments nudging businesses in the right direction along the way.

That puts the onus on newly woke companies in a new different ways — they’re making promises to be more active players in society and promising to do more good and be accountable to consumers just as the world goes from tricky to extremely complicated.

The disconnect between the haves and the have-nots is keeping everyone guessing — in both politics and in the investing world — and the change looks to be coming even faster with Trump smashing norms over all kinds, Boris Johnson piloting the Brexit-bound U.K., interest rate policies in flux, trust-busting on the table and all the rest of it.

“I’ve been in the financial industry for about 35 years and for almost all that time, what you worry about is the economic risk,” Godfrey said. “This is the first time, in the last couple years, where the geopolitical became more prominent than the economic piece.” 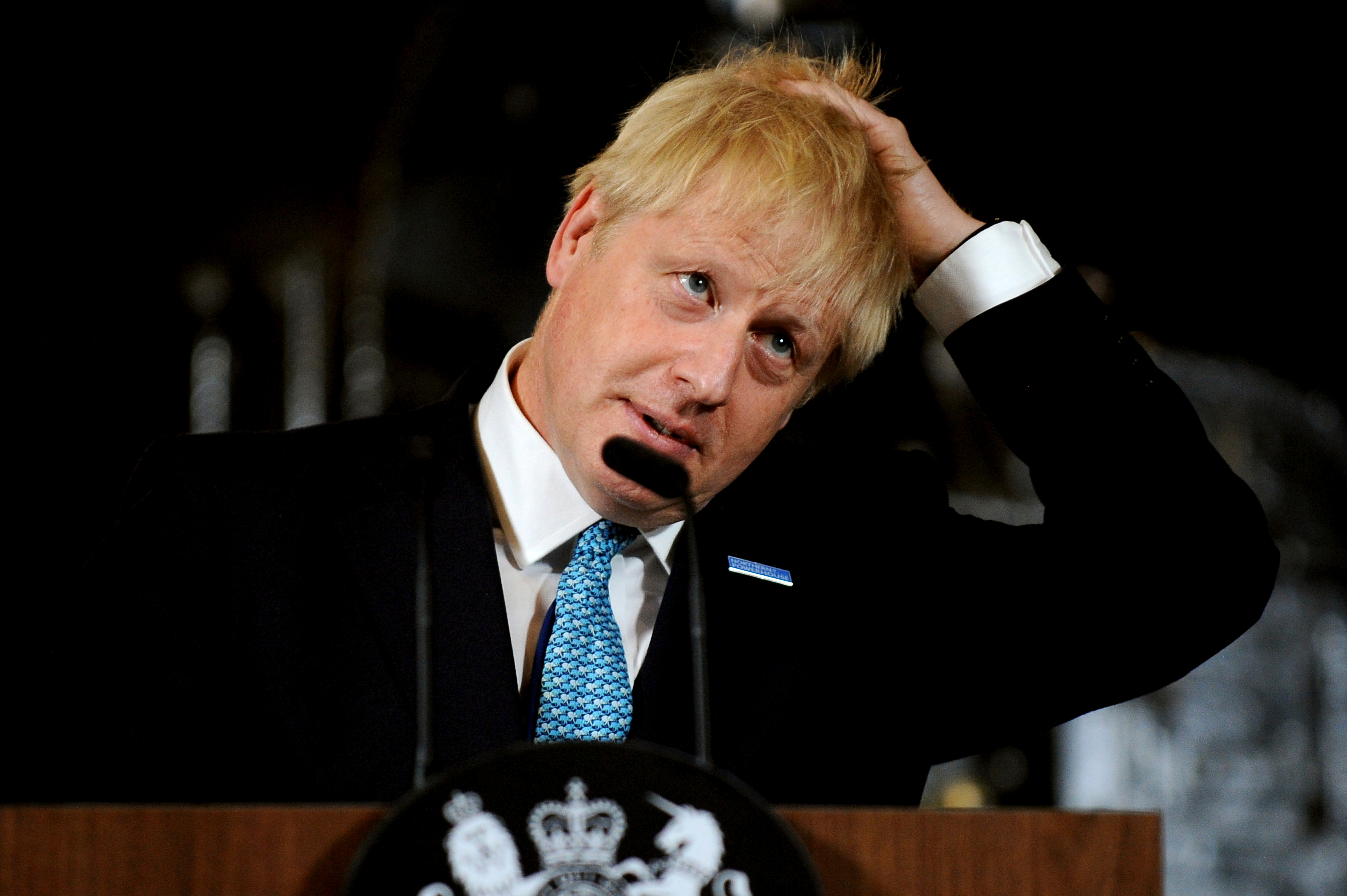