The company has just opened a new flagship in Milan’s Brera district.

Quoting the saying, entrepreneur Lapo Elkann summed up the ethos behind the strategy he and Italia Independent chief executive officer Marco Cordeddu are setting in motion for the eyewear company.

Cordeddu last October joined the firm established by Elkann in 2006, tasked with relaunching it and strengthening its financial position.

Leveraging his experience across the fashion, publishing, entertainment and automotive industries, Cordeddu told WWD that his commitment is to reinforce the brand’s positioning in the “affordable luxury” segment, widening the company’s portfolio of licensed brands, which include Hublot and CR7 eyewear. This is a partnership with soccer ace Cristiano Ronaldo signed in January. At the same time, he is also banking on the group’s Italia Independent and Laps Collection brands. The plan is to generate 60 percent of revenues from the licenses and the rest from its own brands.

Elkann and Cordeddu both praised the fruitful partnerships with Ronaldo and the Hublot team.

In both licenses Cordeddu sees the way forward for the company. “I’m looking for partnerships in which the name of the personality or the brand are self-speaking. I’m not interested in local licenses, I’m keener on global ones …that are really recognizable.”

A significant step in Italia Independent’s new course is the opening of a new flagship in Milan’s arty Brera district. “For me it was crucial to express our courage and determination in such a complex moment that Italy and the world are facing,” Elkann said. “I wanted so badly to open a physical store, which would become some sort of ‘Italian house,’ the Italia Independent house…and home to all the potential customers.”

The only physical store operating globally, it replaces a former unit located on Via Montenapoleone, which was shuttered last February.

“The Brera district is much more friendly and empathic, more in line with what Italia Independent stands for, such as a ‘buddy, loud brand.’ The energy coming from the neighborhood is much warmer,” added the young entrepreneur, a Fiat scion and a grandson of the late Gianni Agnelli.

Spanning 968 square feet and peppered with Italian flag-colored lighting on the ceiling commissioned from Flos, the flagship displays its own brands as well as the licenses.

“We’re very happy with the Brera unit. The neighborhood is equally storied, it is multi-targeted and welcomes a broader range of consumers while keeping intact the values we tend to attribute to our products in terms of look, perceived quality and [accessible] luxury,” said Cordeddu comparing the unit to the former one on Via Montenapoleone.

The executive ruled out plans to open additional units for the time being as he believes stores are no longer even a means of “indirect advertising.”

He stressed instead a commitment toward digital in sync with a trend accelerated by the COVID-19 pandemic and plans to improve the company’s brick-and-mortar wholesale network in different markets, including the U.S., Asia (particularly China, India, South Korea and Japan), the Middle East, as well as Europe, with a focus on Italy, Germany, Spain and the U.K.

“The store is part of our strategy in that it aims to offer a physical component to what we already communicate online, such as a huge investment on each brand,” Cordeddu noted. “Since my arrival I’ve spearheaded with the team a transition from an ‘emporium’-like strategy…to a more focused one that attributes the right values to each brand.” 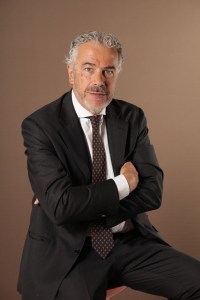 Online sales for all brands account for 12 to 13 percent of the business and Cordeddu expect to reach the 30 percent threshold “rapidly,” driven especially by sales of sunglasses.

For the CR7 eyewear range, Italia Independent has developed a dedicated online store, which is currently available in 45 countries and will soon be extended to 122.

Another reason to bank on digital and e-commerce solutions is the chance to break down territorial barriers, allowing the brand to tap into markets where high distribution costs leave little or no profit margin.

What both Cordeddu and Elkann firmly believe in is the value of the Italia Independent product.

“We keep the same, unchanged spirit and energy that we had when the company was established and with which we brought a disruption on the eyewear market a few years ago,” noted Elkann, citing the use of innovative materials such as carbon, flocked velvet and titanium, among others — all drawn from other industries.

“We want to accelerate and step on the gas even more, along the lines of the accessible luxury segment, with high-quality materials and design at small prices,” he said about the Italia Independent brand, for which he expects to develop new futuristic and more eco-friendly materials.

Design-wise he anticipated a “return to a more classic and ‘bon ton’ style revisited in the contemporary way after years dominated by the streetwear and urban trends.”

The Laps brand holds a special place in Elkann’s heart. It “embodies the essence of the Italian lifestyle, in terms of fashion, design, materials…as it draws inspiration from my personal life,” he mused. He wants to position the brand so that it can compete with the likes of Tom Ford — which has a similar price range — and David Beckham’s eyewear. 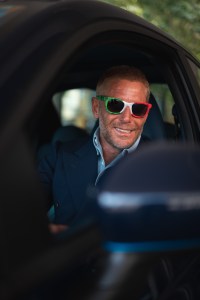 The brand is also linked with the Laps Foundation since part of the proceeds from the sale of Laps eyewear pieces is donated to the foundation to support its charitable projects.

“I’m doing my best to become an entrepreneur committed to solidarity to spread the Italian charitable spirit in the country and abroad,” Elkann offered. This is reflected in the communication strategy Elkann is developing for the eyewear company, one poised to be more inclusive and ethical.

In 2015 Italia Independent was first hit by financial troubles, which required the company to restructure by reducing costs and reinforcing the product offering. To support the relaunch of the firm, Elkann and his brother, John Elkann, who is president of FCA, increased the company’s capital by 15 million euros in December 2016.

In 2019, investment fund Creative Ventures Srl acquired a 25.44 percent stake in the company, which is listed on the AIM Alternative Market of Capital segment of the Milan Stock Exchange. Elkann retains a 53.37 percent stake.

Upon his arrival, Cordeddu was faced by “a weak organization and the lack of a ‘solidified strategy,’” he said, lamenting “dramatically wrong commercial choices” made to improve financials. However, Italia Independent is pressing on and is committed to reducing its debts with banks and suppliers via depreciation and repayment plans.

“It will take time but we will get out of it. The value of the brand, product and team is such that our debt is not a reason of concern,” he said.

“We can reasonably say that had we not been hit by COVID-19, we would have reached breakeven and that would have been a triumph for the company,” Cordeddu noted.

In order to achieve a turnaround, the board approved in March a capital increase of up to 7.8 million euros, to be completed by December 2021.

“We expect to return to profitability one year later than initially planned, in 2022, provided that [external] parameters remain unchanged, hoping that the market will be in line with today’s [scenario] or even improve a bit,” Cordeddu said.

“Together with Marco [Cordeddu] and the whole team we’re pressing on with rigor, discipline and professionalism to bring Italia Independent out of the crisis with a restructuring plan that addresses both its financial situation, as well as its marketing and communication [activities] and product,” Elkann said.