Global markets may be gyrating, but fashion firms including Moncler and Pianoforte Holding continue to see an initial public offering in their future. 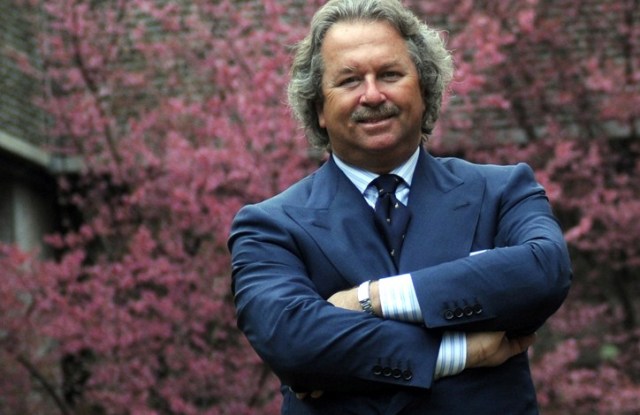 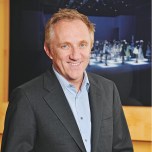 MILAN — Global markets may be gyrating, but Italian fashion firms continue to see an initial public offering in their future.

Moncler, which shelved an IPO last year; Pianoforte Holding, which comprises accessories brand Carpisa, innerwear and beachwear brand Yamamay, and swimwear brand Jaked, and men’s wear group Stefano Ricci all confirmed they continue to eye a stock-market flotation down the road. Executives from those firms were among the speakers at the Pambianco Conference Tuesday at the Milan Stock Exchange, who also included François-Henri Pinault, chairman and chief executive officer of PPR.

Remo Ruffini, chairman and ceo of Moncler, said the “Bourse has a great value,” in terms of visibility of the brand and recruitment of human resources, for example. “A listing remains our goal,” he said.

Asked on the sidelines of the conference about the future of the group’s other brands, which include Marina Yachting, Henry Cotton’s and Cerruti 1881, Ruffini said they are also “performing well,” and different options are under study to “create value, perhaps two companies or one within the other.”

Francesco Pinto, ceo of Pianoforte Holding, said the stock exchange has been a goal for the group for a long time. “First we had to be strong at home to be credible outside,” said Pinto. Italy currently accounts for 85 percent of sales, which are expected to reach 291 million euros, or $372.6 million at current exchange, in 2012. For this reason, the next step is to build an international market and Pinto forecast an IPO between 2014 and 2015. Intesa Sanpaolo has a 10 percent stake in the group, which counts a total of 1,201 stores, of which 1,056 are franchised.

Exports account for 92 percent of Stefano Ricci’s sales, which last year totaled 57 million euros, or $79.2 million at average exchange. China accounts for 27 percent of sales. The company has been investing in retailing and plans to have 29 stores by the end of the year and 41 units in 2013. Ceo Niccolò Ricci estimated the company could list on the stock exchange in two years.

Conversely, Pier Luigi Loro Piana, ceo of textile and apparel group Loro Piana, conceded the company had thought about the Bourse 13 years ago when it wanted to diversify in retail. “We found too many differences between finance and industry, and the project fell through. We are not thinking of going public now and we are not looking at opening up to outside investors,” he said.

Stefano Sassi, ceo of Valentino, said the official closing of the sale of the label to Mayhoola for Investments, an investment vehicle backed by a private investor group from Qatar, took place earlier in the day. He said the company expects to close 2012 with a 25 percent increase in revenues, reaching between 370 million and 380 million euros, or $473.8 million and $486.6 million.

Asked to comment on the Marzotto family’s legal troubles connected to the sale of Valentino to private equity fund Permira in 2007, he said this has “nothing to do with the development of the company under Permira and onwards.” He concluded that the fiscal pressure in Italy is an issue. “We can’t work to solve the problems of the state,” said Sassi.

Pinault spoke as employees of Fnac Italia and trade unions, concerned about PPR’s spin-off of the struggling retailer of books, music and home electronics, protested in front of the Bourse. He praised the Made in Italy craftsmanship that helps make PPR “the most Italian of all the big French groups.”

“Made in Italy has nothing to do with nostalgia,” said Pinault, adding it is not about “astute marketing,” but is, on the contrary, “part of a strategic orientation, it’s about modernity and innovation. It is essential for quality to preserve artisanal tradition.”

Pinault said four brands under the PPR umbrella — Gucci, Bottega Veneta, Brioni and Sergio Rossi — account for 80 percent of the group’s sales and 90 percent of recurring operating income. His speech came a day after PPR split with the designer of one of its other brands — Nicolas Ghesquière at Balenciaga. Pinault declined to answer questions about the move, rushing out the door the moment his speech was over to catch a plane back to Paris.

In his speech, Pinault pointed to the challenges connected to the fact that Italy’s economy relies on a web of small and medium-size, often family-owned, companies. “If these small businesses are weakened, if the new generation of apprentices is missing, the whole edifice will be weakened,” he said.

Earlier in the morning, Gaetano Miccichè, general director of Intesa Sanpaolo bank, said “the dimension” of Italy’s companies is the “main problem,” which does not allow them to invest heavily in logistics, ads and organization, for example.

Pinault said he believes the development of Chinese, Indian or Brazilian luxury brands “is inevitable” and has “already started.” Not in all categories and at the same speed, but he views the craft of porcelain or jewelry making, and working silk as leading to the birth of luxury brands in China, for example.

“We have no reason to worry about this change. The luxury market has very promising prospects ahead of it, provided that all Made in Italy brands stick to what makes them unique,” said Pinault.

Asked about potential acquisitions, he said he was not after acquisitions per se. “There must be a vision, each brand has a precise role, and our brands never overlap, each is different,” said Pinault.

He confirmed that PPR “has the ambition, not the goal” to double sales of the group in 2020 to 24 billion euros, or $30.7 billion at current exchange. “We will analyze market by market, category by category, and the acquisitions are more possible in the sportswear sector rather than in luxury, where the companies already part of the group could register a growth between 20 and 30 percent,” said the executive.

Mario Boselli, head of the Italian Chamber of Fashion, praised Pinault’s support of Italian production and remarked on how Italian companies are focused on selling outside the country. “It’s a necessity to run towards foreign markets, in proportion to the serious internal crisis,” he said.