With their mix of craftsmanship and creativity, high-end furniture manufacturers continue to appeal to international customers.

MILAN — Seated at a table in the booth of one of her licensing partners, Luxury Living Group president Raffaella Vignatelli embodied the upbeat mood throughout the halls of international trade show Salone del Mobile, which closed here Sunday.

“The vibe here is great and 2019 kicked off really well,” said Vignatelli, adding that Luxury Living Group, which manufactures and distributes the home collections of Fendi, Trussardi, Bentley, Bugatti and Baccarat, closed the first three months of the year on an upward trajectory compared to the same period in 2018.

The vivacity of the markets was reflected in the 12 percent double-digit growth in the number of visitors the fair registered this year compared with 2018. This year, the trade show ran April 9 to 14 and 386,236 people from 181 different nationalities visited the event, which hosted 2,418 exhibitors, 34 percent of them from foreign countries.

Luxury Living Group this year increased its space at the show and launched two lines, Bugatti Home and Baccarat Maison.

“I think our portfolio is well balanced, but the company is always open to discuss potential partnerships,” said Vignatelli, who in addition to continuing to develop strategic collaborations with licensing companies is building the firm’s in-house brands.

In particular, between the end of 2020 and the first months of 2021, the furniture company will unveil its Zulia Luxury Living Lagoon resort at Bacalar, in Southern Mexico, with furniture under the Luxury Living moniker.

“It will be fully eco-sustainable and Made in Italy,” said Vignatelli, adding that the high-end resort will include 60 suites, three restaurants, a spa and a wellness area. In addition, the resort will feature a sophisticated system of bioreactors developed by biotech company U-Earth. Through its network of showrooms, Luxury Living is also the exclusive dealer for a new generation of U-Earth bioreactors for both the consumer and hospitality sectors. 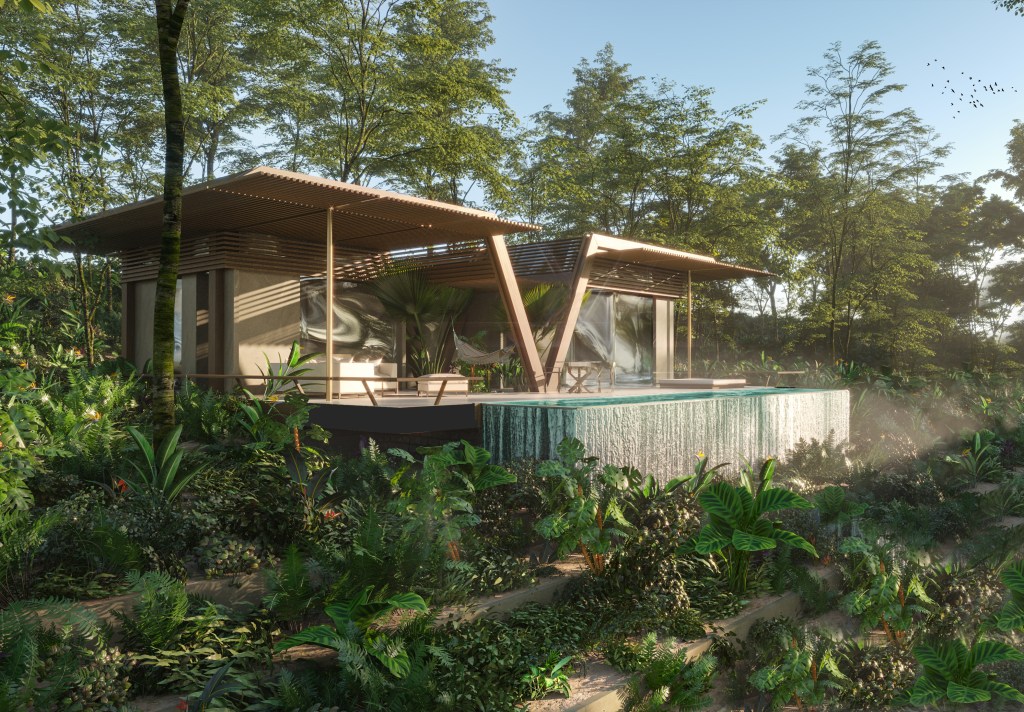 The development of a hospitality project is also on the agenda for Diesel Living, which partnered with Miami-based Bel Investment Group to build a 143-unit apartment complex in Wynwood. “We will provide for each apartment the flooring and the kitchen, which we develop with Iris, Berti and Scavolini. The remaining parts of furniture will be optional,” said Diesel Living creative director Andrea Rosso, adding that the pre-sale of units will start in September and run through December.

“Work in progress” was the mantra Rosso repeated while introducing the company’s latest home collection. “Milan is an open-air construction site, which is good. It means it’s getting better and more dynamic,” he said, adding that other European countries are also boosting design projects and reinterpreting public spacing. In sync with this theme, the Diesel Living booth was conceived as a black construction site, divided into different spaces to showcase the whole range of furniture and home accessories the brand develops with different partners.

Celebrating its 10th anniversary with Foscarini, Diesel launched the Wrecking Ball lamp, a glass globe in washed gold and rusty sunset tones, as well as offering its well-known Fork Light metal lamp in new khaki, burgundy and white versions. Bedding developed with Mirabello Carrara had an urban appeal and came in a color palette of opaque shades, including gray, sand, natural white or indigo, antique pink and military green. With Scavolini, Diesel presented the Open Workshop kitchen and bathroom with modular metallic structures and an industrial twist.

In collaboration with Moroso, the company introduced the voluminous Aerozeppelin modular sofa style with iridescent finishes and matching soft and lightweight pillows, flanked by side tables with printed glass tops reproducing abstract aerial views. The space theme was further explored with Seletti as planets were reproduced on plates and on the Cosmic Hangers wall hooks, while flooring developed with Iris Ceramica echoed the aesthetic in the swirling Cosmic Marble option and in the surreal marble effect of Liquid Cosmo on ceramic. 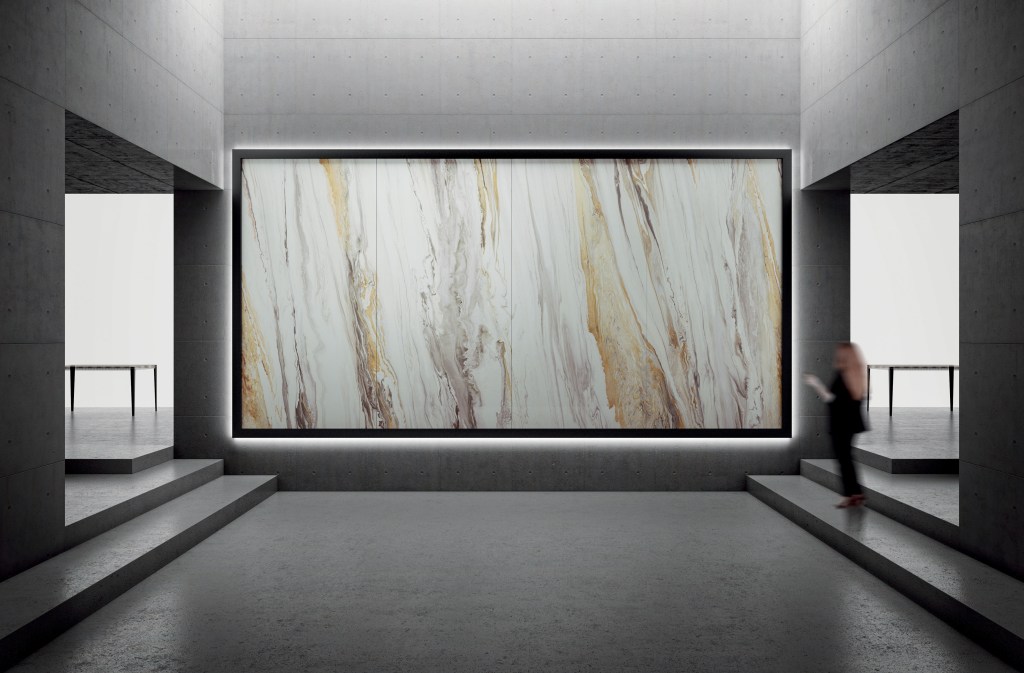 According to Rosso, the marble effect was specifically delivered for Asia, which emerged as one of the leading markets for the collections unveiled at the trade show.

“Today, our most numerous and best clients in the world, including Los Angeles, London and Milan, are Chinese,” said Vignatelli. “They shop more and more outside their own country, especially because they are worried about all the fake products circulating in their domestic market.”

“Everybody is looking at the Middle Eastern and Far Eastern markets now, but we don’t want to lose focus on Europe,” said Jacopo Etro, home, textile and accessories creative director at the family-owned Etro company, underscoring that furniture pieces in the collection are also offered in smaller sizes to fit European apartments.

At Salone del Mobile, the company unveiled its Etro Home Interiors collection — produced under license by Italian manufacturer Jumbo Group since last year — as well as the new Home Accessory line and the second wallpaper collection, created in collaboration with Rasch.

Etro said the three categories combined currently account for 5 percent of the brand’s total sales, but this is increasing. He was particularly pleased by the performance in the U.S., where “we’re getting good results with Saks Fifth Avenue and Neiman Marcus, also through their online platforms.” Future plans for boosting the business include enhancing the home line on the brand’s own e-commerce as well as “offering some gift items also in our brick-and-mortar stores, including the flagships on Madison Avenue in New York and in Los Angeles.”

Product-wise, the Milan-based firm worked on different themes. Its signature boho-chic, nomadic aesthetic resonated in two different directions, one referencing Africa — such as in the Masai armchair with metallic ring decorations inspired by jewelry worn by local tribes — and one resulting in a colorful patchwork pattern recalling travel journals and postcards, as seen on the Mauritania dormeuse.

A mythological theme enabled the firm to introduce its Pegasus symbol in a range of bold and eccentric pieces, including at the base of a dining table, while thunderbolt and arrow shapes adorned lamps, mirrors and consoles.

“A thousand and one nights” vibes were additionally infused in bedroom and living room spaces through Arabian arch-inspired shapes, degrade velvet in pink and blue shades and colorful trimming details. 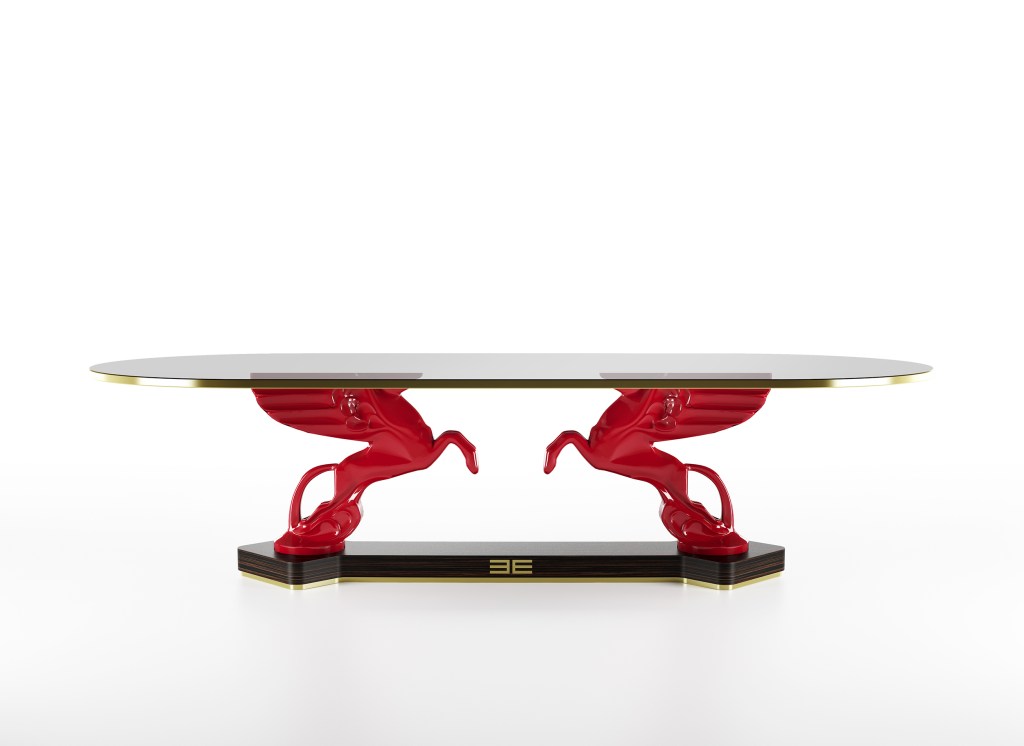 While Fendi remains the biggest brand in the Luxury Living Group portfolio, Vignatelli revealed that Bentley’s business increased 15 percent in 2018 compared to the previous year. “We are also quite happy with the results of Trussardi, however as a licensee we live under the spotlight of the licensor and some dealers lament that the brand is not known enough in certain markets, such as the United States, where at the same time customers appreciate the product without being familiar with the brand.”

In terms of retail business, Luxury Living Group is gearing up to reopen its Parisian showroom and has just revamped its three stores on Milan’s Via Durini. “One of them is now fully dedicated to Fendi Casa,” Vignatelli said. In addition, the company this year is opening units in Suzhou and Houston and has teamed with a local partner that is taking over Luxury Living Group’s retail business in the U.K., including the London flagship that will reopen this year. 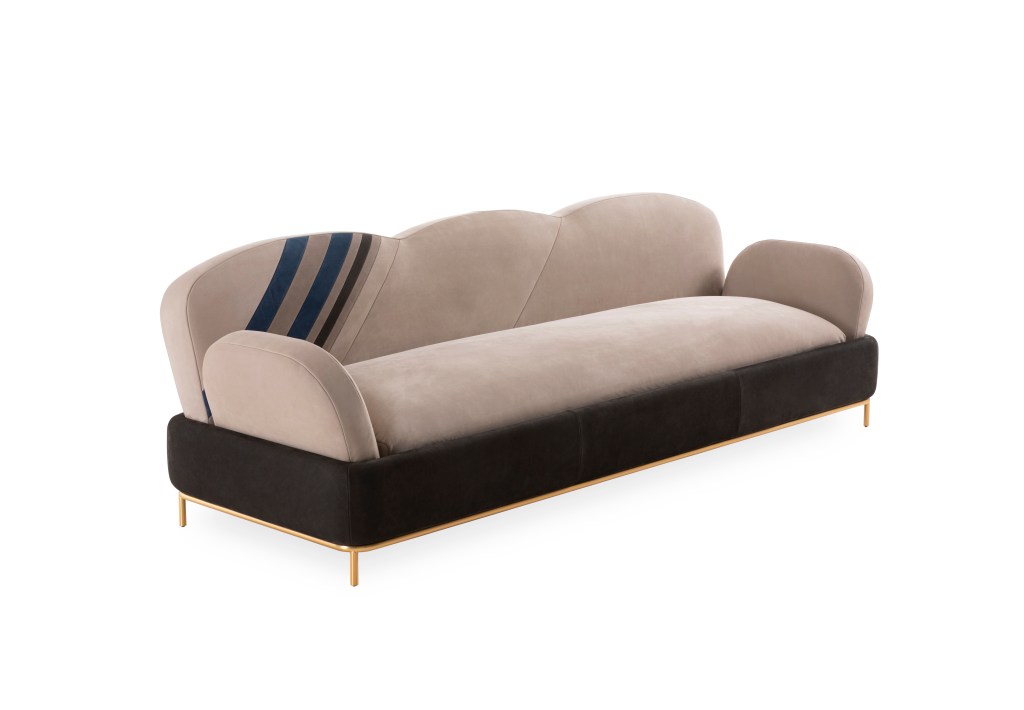 Among the brands showcasing at Salone del Mobile, storied Florentine company Richard Ginori, which was founded in 1735 and has been under the Kering umbrella since 2013, tapped London-based young artist Luke Edward Hall to design the illustrations decorating its newest tableware collection, dubbed “Il Viaggio di Nettuno,” or “Neptune’s journey” in English.

“I’ve been a big Ginori fan for a long time: When I first came to the shop in Milan a few years ago I was blown away by all the amazing colors. We first started to speak about six months ago and I went to their amazing factory outside Florence and spent a couple of days learning about the processes and going into their archive, which is really fascinating,” said Hall, a Central Saint Martins graduate who has already collaborated with brands including Burberry, Christie’s and the Royal Academy of Arts.

Inspired by Roman and Greek mythology, the collection features boldly-colored drawings of Neptune, other gods driving chariots pulled by seahorses, coral elements and shells on a range of porcelain plates, placeholders, cups, trays and vases.

“I like the orange plate, that’s the first thing that I drew and the one I love the most, also for the color, which is so punchy,” said Hall about his favorite piece, the image of which will feature on the cover of a book collecting all of his projects that will debut this fall. Next month, an exhibition on his work will open in Stockholm. 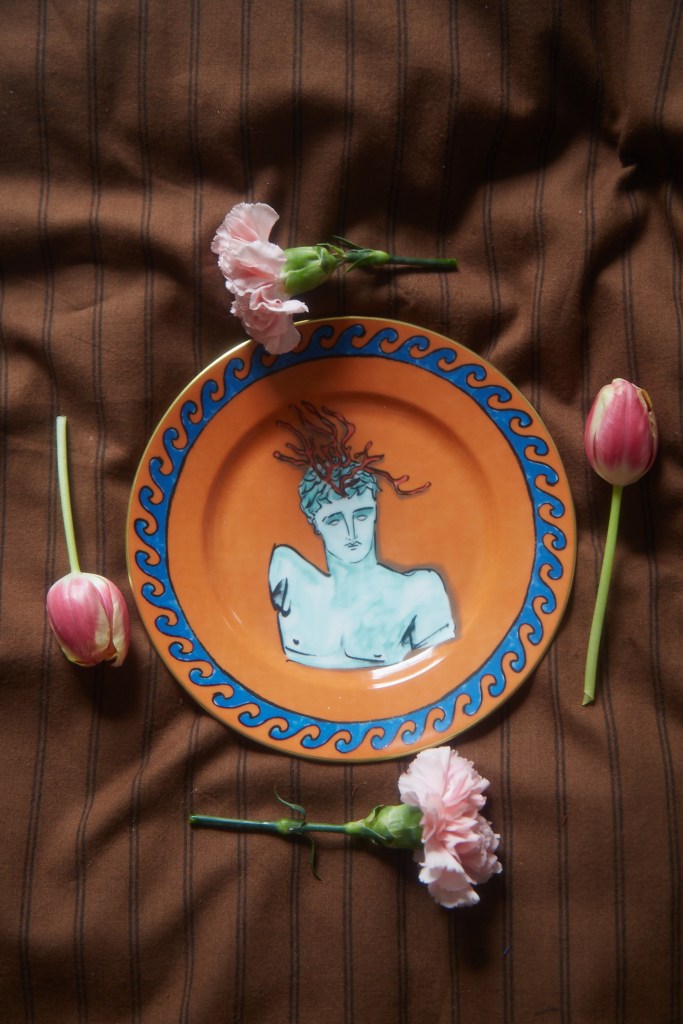 Flanking this special collection, Richard Ginori launched the Corona Monogram range, which offers customers the opportunity to customize porcelain tableware with their own initials in gold, platinum and blue shades.

During the Salone del Mobile, the company previewed the new items in its existing “Totem” collection. The rat, an animal dear to the East and representing the first sign of the Chinese zodiac, was introduced as a new symbol adorning change trays and mugs. The full Totem collection will be unveiled next January.