They anticipate a solid round of fairs coming up, based on favorable indicators and healthy data from spring editions. 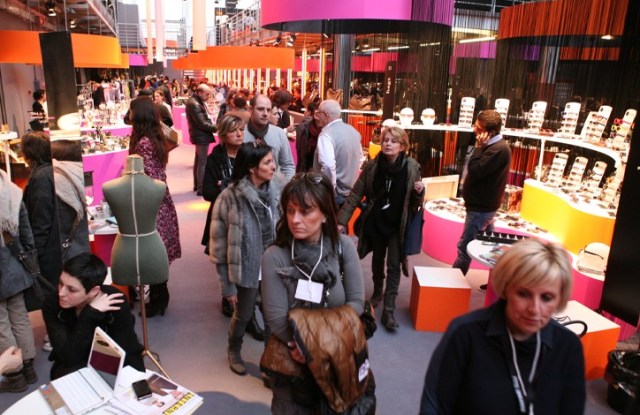 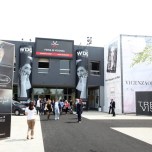 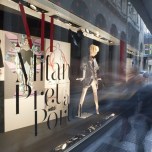 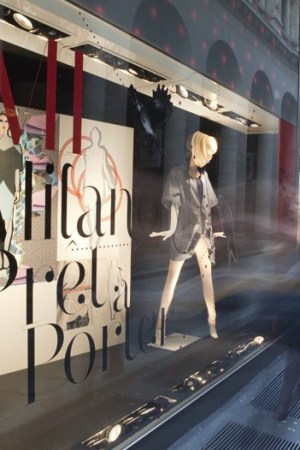 They anticipate a solid round of fairs coming up, based on favorable indicators and healthy data from spring editions, including attendance growth, fortified international markets and the return of buyers from countries battered by the economic crisis.

For the next round of expos, organizers are diversifying and breaking away from niches by rebranding, expanding the size of their shows and amending dates to lure buyers from concurrent fairs.

The fairs also feature a plethora of rising talent, and organizers are making an effort to highlight them.

Massimiliano Bizzi, founder and president of White, revised his trade show, starting with a name change — the summer installation last month in Milan was renamed White Giugno (“June”) from White Homme (“Man”), touting its new format of men’s and women’s wear presented together.

New projects, following a recent collaboration with trade show organizer ENK International, include the New York premiere of White next February and a March edition in China.

“The current general economic climate is difficult but in great transformation,” said Bizzi. Because of this, White is proposing new formulas like the dual-gender format and the shows in the U.S. and China. White’s fall edition runs from Sept. 24 to 26 and features contemporary design that Bizzi said draws buyers from Korea, Japan and Germany. New exhibitors include A. Maison Olga, Mes Demoiselles, Rue De la Pluie, Katrien Van Hecke and Kim Stumpf, with accessories by SuperduperHats, Sveva and Nhero.

Trends at White run to extremes: either saturated color and frivolity inspired by the Seventies or Scandinavian-inspired cleanliness. Special areas focus on kids, beauty, (eco-friendly fashion) and young, emerging talent.

Leather goods expo Mipel celebrates its 100th birthday during the Sept. 18 to 21 fair. Giorgio Cannara, president of Aimpes/Mipel, said special events include an exhibition that traces key moments in the fair’s history; an area highlighting individual exhibitors, and fashion shows that span the four days of the expo.

“Catwalk and business will be the real protagonists of the 100th edition of Mipel,” said Cannara. The March edition saw attendance up 7.9 percent from the previous year. “March data confirmed a trend that began in 2010 of a general recovery in terms of orders and [attendance].”

In 2010, the leather industry saw an increase in production of 18 percent from 2009. “The economic prospects for 2011 remain positive, especially the international confirmations,” Cannara said, citing Russia and China as key emerging markets.

The fall fair hosts the second round of Collisions, a project giving new fashion talent a chance to collaborate with established Made in Italy labels and present capsule collections in the windows of the Italian department store Rinascente.

The second edition of MiPAPMagazine rolls out as well. It uses fashion, art and photography to highlight the fair’s collections and trends for spring. Hothouse, the area dedicated to fresh talent, nearly doubled its participants from February’s edition to 30 from 17 collections. Serioli’s positive outlook for September is based on the increase in buyers at the February show, representing countries including Hong Kong, South Korea, Russia, Czech Republic, Poland, Ukraine, Kazakhstan and Azerbaijan.

Cleto Sagripanti, who has been president of ANCI (the National Italian Footwear Association) since June, aims to broaden the Micam Shoevent to a fashion-focused Micam Week with events that take shoes from the expo center to city center.

“We’d like to be more than just a shoe fair showing trends at the fairgrounds and want to include more fashion, so we’re preparing a calendar of day and night events, based in the center of Milan,” said Sagripanti. He predicts an increase in buyers from the U.S., Russia and the Far East for the Sept. 18 to 21 edition, based on growth at the last show. “There were lots of participants, but the best sign was a resurgence of buyers from markets that had weathered the crisis — the Americans in particular.”

After this year’s success in Florence with Pitti Uomo, W and Bimbo, organizers of the Pitti Immagine trio of Milan-based apparel and accessories fairs — Touch, Neozone and Cloudnine — hinted at collaborations from big designers alongside capsule lines from young, emerging brands.

September is the nine-month mark of Fiera Digitale’s e-Pitti launch, while the Touch, Neozone and Cloudnine section premiered in February. In September, a business-to-business model launches that keeps visitors connected.

At last February’s edition of textiles fair Milano Unica, organizers unveiled a well-received QR code and subsequent minisite accessible on smartphones, one of the first in the fair industry to embrace the QR technology.

The fair, which rolls out collections of fabrics for fall 2012, is looking for more online options to increase its presence, although it still prefers e-mail to social media for a more intimate rapport with clients. Although the European and Italian textile industries continue to struggle with inflated commodity prices, Pier Luigi Loro Piana, president of Milano Unica, finds encouraging signs for the 13th edition, which runs from Sept. 13 to 15.

This year, in collaboration with the Woolmark brand, the fair will present the third edition of On Stage to showcase 10 emerging, international designers. Models will parade new fabrics and styles in a fashion show for the first time alongside Alzaia Naviglio Grande in Milan’s canal-laden Navigli neighborhood. Woolmark also presents The Wool Lab initiative showing seven major trends for fall 2012.

At February’s edition, orders increased and attendance was up 2 percent, with noticeable participation from China, Brazil, Korea, Russia, the U.S., Japan, Spain and Germany, while February also saw a 3 percent increase in exhibitors from the September 2010 expo.

“In the first three months of 2011, according to data from Sistema Moda Italia [the Italian fashion and textile consortium], the turnover of the ‘monte’ [raw materials and threads that are made into textiles] grew by 7.6 percent,” Loro Piana explained. “This is positive, although it doesn’t reach the double-digit growth of prior years. The ‘valle’ [the fashion product that is made from textiles] increased by 4.4 percent. Overall, exports were up by 8.5 percent and the textile sector increased by 11.9 percent, while the fashion apparel sector rose 7.5 percent. Orders have increased in the first half and are apparently stable in the second.”

Roberto Ditri, president and ceo of jewelry show producer Fiera di Vicenza, wants to restore Vicenza as the capital of jewelry trends and a showcase of Made in Italy excellence. His Vicenzaoro fair greets September with two Vicenza-based editions full of events.

Vicenzaoro About J (Sept. 8 to 10) is dedicated to the top 25 international brands of Made in Italy jewelers. The highlight is an event on Sept. 9 for Italian and international buyers, journalists and 25 goldsmiths for a preview of the latest collections at the showroom of glass mosaic brand Bisazza in Montecchio Maggiore (in the province of Vicenza). Vicenzaoro Choice (Sept. 10 to 14) is dedicated to seasonal gold and jewelry trends with a theme of “Italian know-how,” which represents to fair organizers the essential ingredient of quality and innovation.

Initiative Creative Office-Trend Vision collaborates with the 75-year-old international trade association POPAI, which promotes marketing for the retail industry through seminars, workshops and conferences to discuss the latest trends in retail.

Events for Off Vicenzaoro will integrate the fair into the city of Vicenza: In collaboration with Politecnico di Milano, Talents Competition in Jewellery invites under-30 designers to compete in an Italian Souvenir-themed contest. May’s edition, Charm, brought in visitors from 25 countries that hadn’t been present in the last edition. Strong interest from China, India and Eastern Europe was noted, with new markets emerging in Vietnam, Indonesia and Iran.