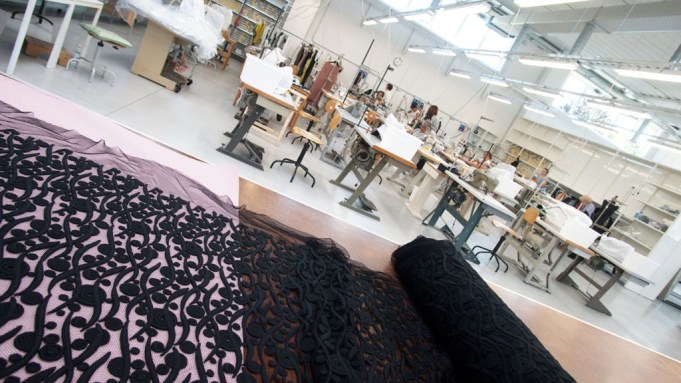 Product is king in the Made in Italy scenario.

Before the explosion of homegrown fashion labels in the Eighties, Italy was already filled with small to midsize companies making high-quality clothes and accessories. Later, as European luxury brands began to dominate the market, they became these factories’ best clients, eager to buy impeccable Italian-made products, and take advantage of the quick service and competitive prices.

But markets can change quickly. With many fashion firms bringing production in-house — from Prada, which acquired an old French tannery, to Kering, which recently opted to manufacture its brands’ eyewear collections, formerly licensed to Safilo — numerous Italian manufacturing companies have decided to establish their own fashion labels.

This change is visible across sectors from ready-to-wear and accessories to yarn spinners, such as Botto Giuseppe or the Tollegno 1900 Group, which both introduced knitwear lines.

“Realizing that we had developed very specific skills, we started thinking about launching our own brand…with a product that looks good and offers great value for the money,” said Marielle Srl owner Andrea Distante, who established the Distante Cashmere label in 2013.

Designed by Siglinda Paoletti, the women’s luxury knitwear brand is sold in 24 stores internationally, with a heavy concentration in Russia, Korea and Japan. It accounts for 20 percent of Marielle’s total revenues. The brand’s wholesale prices range from 80 euros [$91] for accessories, to 320 euros [$363] for cashmere coats.

Founded 60 years ago in Florence, Marielle got its start producing children’s knitwear for important Italian and international labels and retailers.

About 20 years ago, the company decided to set aside children’s wear and instead focus on different product categories: knit accessories, including gloves, scarves and hats, and then knit men’s and women’s rtw. The high-quality manufacturing and attractive pricing soon got the attention of a range of European luxury brands.

To satisfy the growing number of fashion company clients, Marielle, which used to manufacture everything internally, shifted gears in the Nineties, creating a solid network of factories located across Italy — especially in the Tuscany, Emilia-Romagna, Marche and Umbria regions — that work exclusively for the Florentine company, making about 120,000 pieces a year.

Asked about the relationship between the in-house brand and those the company produces for other labels, Distante said: “We don’t want to copy anyone. We want to offer high-quality, artisanal knitwear. One of our first goals is finding the right fit.”

Managing the portfolio is crucial, according to Angela Picozzi, chief executive officer of Castor. The Mantua-based company, which manufactures the collections of a range of luxury labels, including Giles Deacon, Antonio Marras and emerging designer Caterina Gatta, launched Mantù, its in-house women’s rtw label, in 2010.

“Every season, the Mantù line is the first we start developing and producing to avoid any kind of problems with other labels,” Picozzi said. She noted that after years of supporting designers in the creation, production and distribution of their lines, she realized there was room in the market for a different type of brand.

“At a certain point, we saw there was a lack of lines that are design-driven but respectful of the body proportions of real women,” said the entrepreneur.

Mantù accounts for 40 percent of Castor’s revenues, which in 2013 hit 6.4 million euros, or $8.8 million at average exchange.

“Mantù’s prices are about 20 percent lower than the designer brands we compete with, but we haven’t compromised on quality,” said Picozzi, adding that the label’s average wholesale price is 350 euros, or $397.

Mantù collections are now available in 60 high-end stores around the world, such as Bergdorf Goodman in New York, Joseph in London and New York, Isetan and Takashimaya in Japan, as well as Al Ostoura in the Middle East.

Another Italian family company, Lardini, was also able to put its skills to use, establishing a well-respected, international namesake brand. Since the early Eighties, the firm has produced for about 20 prestigious fashion companies, including Burberry, Brooks Brothers and Etro.

Launched in 2013, the Lardini men’s wear label, focusing on high-quality fabrics and fresh color palettes, offers an updated version of traditional tailored men’s wear. Last year, the brand, which sells to about 600 multibrand stores around the world, also kicked off a partnership with North American men’s fashion blogger Nick Wooster, launching a successful capsule collection, now in its second season.

Even though the brand’s sales have been steadily growing, according to Lardini, the firm — which produces more than 200 blazers every day — still relies heavily on its portfolio of brands, which account for 70 percent of total revenues: last year, they totaled 71 million euros, or $86.6 million, up 30 percent from the previous year.

Raised in the midst of knitting machines in his family’s Genoa-based company, Mirko Ghignone is at the helm of Liapull, a knitwear firm founded by his mother, Lia Gambetta. Liapull produces for a number of international luxury brands. Ghignone, who is not only an entrepreneur but also an artist, in 1994 founded high-end brand Avant Toi, controlled and manufactured by the family’s enterprise. The label is sold worldwide, including at about 50 multibrand stores across the U.S., and is best known for its one-of-a-kind scarves and sweaters, painted with a hairbrush and treated to have a lived-in effect.

Italy is also home to many leather goods companies that have launched their own labels. Case in point: Bottega Manifatturiera Borse, which started producing for third parties in 1968. About 15 years ago, company founder Gianfranco Lotti teamed up with DFS, Duty Free Shoppers Galleria, to start his namesake luxury bag brand, which launched at about 70 stores, especially across the Asia Pacific region.

In 1997, when French luxury conglomerate LVMH Moët Hennessy Louis Vuitton acquired a majority stake in DFS, the Gianfranco Lotti brand was not part of the deal, and Bottega Manifatturiera Borse discontinued the line, focusing instead on production for other high-end brands.

In 2013, Lotti finally found a business partner in German fund Halder, which invested in developing the brand and expanding its retail strategy. According to Gianfranco Lotti ceo Franco Lucà, 30 flagships will open within five years. Two boutiques have already been unveiled in Florence and Paris, while another will open on Milan’s Via Montenapoleone at the end of April.

“We are also going to introduce a wholesale business,” said Lucà, noting that the label accounts for 15 percent of Bottega Manifatturiera Borse’s total business, valued at 35 million euros, or $39.7 million.

“The goal is to have Gianfranco Lotti generating 50 percent of the company’s revenues within five years,” Lucà said.