Accenture's Jill Standish discusses how inclusion and diversity are driving a new era in customer loyalty.

Brands that recognize non-traditional couples is part of an overall inclusion approach.

“I don’t think we have anything for you. You’re obviously in the wrong place.” It’s a scene as iconic as the film itself; the moment in “Pretty Woman” when Vivian Ward, played by Julia Roberts, enters that boutique store on Rodeo Drive only to be turned away by the sales assistant. And it’s lucky for the retailer this happened in the days before social media — or the story would have been very different.

Armed with digital tools and technology, consumers today are empowered to ask retailers for what they want — when, where and how they want it. In the ever-competitive world of fashion retail, brands that deliver the products, services and experiences that shoppers desire will secure their loyalty in return.

Crucially, these consumers don’t want to be made to feel like they’re in the “wrong place.” More and more, they are looking for inclusion and diversity, and brands that reflect their morals. A recent survey of more than 4,600 consumers found that shoppers will reward positive retail experiences with increased wallet share. 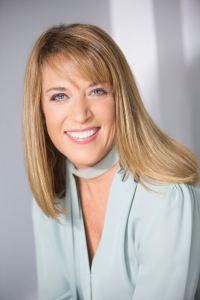 What’s more alarming is the switching factor. Results found that almost one in three shoppers say they are likely to switch to a retailer that echoes the same level of importance they place on I&D. That number is higher still for individuals from diverse backgrounds — suggesting that brands that champion inclusivity will be rewarded for their commitment to social progress.

Above all, we see the growing trend for I&D playing out across three key areas.

Delivering the right products and experience

Today’s consumers are not only tech-savvy, they expect fashion brands to understand them across every single touchpoint — from marketing and advertising, through the products and services offered, to the service provided by front-line employees. Put simply, shoppers won’t champion a brand that doesn’t champion them.

It may come as little surprise, therefore, that store environment, along with products and services, top the list of reasons why shoppers choose to switch brands. Indeed, 62 percent would change retailer if they felt unwelcome or unfairly treated and half would switch if the brand didn’t offer products for diverse populations.

Many retailers are making strides to close these gaps. Take Japanese retail giant Aeon Co., as one example. With a shifting customer base resulting from Japan’s aging population, Aeon Co. redesigned several of its stores, offering earlier opening hours, early-bird discounts and in-store exercise classes all geared toward including seniors and fostering a sense of community.

Being active in complex social issues

In much the same vein as store environment and product offering, consumers increasingly value those retailers that take the time to be part of broader social and cultural conversations — 60 percent of shoppers want their brands to be part of the dialogue on social issues.

Social media is an increasingly influential enabler of this conversation, as many retailers come to understand that brand perception and community sentiment will bolster profits and sales for the long term. U.K. health and beauty retailer Boots garnered praise recently for moving away from traditional advertising by launching a series of ads featuring women from diverse backgrounds. Instead of focusing on women’s looks, the campaign for their beauty category, featured women dancing without revealing their faces, focusing on how products made women feel rather than how they made them look.

On the flip side, shoppers are holding brands to account for their actions, with three-quarters of shoppers believing that a retailer must take responsibility for a negative performance relating to I&D. Starbucks garnered global praise for their reaction to the store incident in Philadelphia involving a store manager and two black customers. Starbucks’ chief executive officer Kevin Johnson made the decision to close 8,000 stores across the U.S. to conduct unconscious bias training for more than 180,000 employees.

Retailers leading the way in I&D are recognizing the importance of authenticity in delivering more meaningful experiences and connections for their customers. And, thanks to social media, today’s retailers need to understand that every single facet of their brand can, and at some point, probably will be publicly examined.

The bottom line is that a retailer is only as strong as the sum of its parts – products and services, store experience, marketing and advertising, and so on – and those should all consistently reflect a clearly defined brand purpose.

Take fashion retailer David’s Bridal as an example. It launched an advertising campaign across television, radio and digital to acknowledge the evolution of the wedding sphere. The campaign, called “Rewrite the Rules,” featured non-traditional couples, including a lesbian couple, an interracial couple and a couple with their child at the altar.

With such positive strides being made toward I&D, values-driven retail shows little signs of slowing down. The proof is in the pudding as shoppers continue to reward those fashion retailers taking positive action to ensure I&D is not only on their agenda but also embedded across all aspects of their brand.

The emphasis here is on the action, as the age-old adage, “actions speak louder than words,” rings truer than ever. If there’s one thing we can learn from that iconic “Pretty Woman” moment, consumers will buy from those that make them feel included or else it will be a “big mistake, huge.”

Jill Standish is senior managing director and head of retail at Accenture.

You're missing something!
SUBSCRIBE NOW
Apparel Education and Careers retail sales and marketing