Joe Einhorn Is Trying to Build the Next Supreme With Loot

The connected founder of e-commerce company Fancy is looking to build a community around comic books and see where it takes him.

There’s a lot of talk in fashion about finding the next Supreme New York.

Much of it centers on just how to catch the same kind of lightning in a bottle, linking fashion, some element of popular culture and an insanely devoted fan base to create a brand that can project globally and power a big business. Palace Skateboards — the buzzy skate name which is said to be working with Rothschild to potentially sell a stake — is just the latest example.

But how would one actually build the next Supreme?

Joe Einhorn has an inkling. And it starts with his comic book shop called Loot in Brooklyn’s Carroll Gardens neighborhood.

It’s a kind of slow-burn second act for Einhorn, who launched store/blog/magazine/wish list Fancy in 2011 and found quick success, attracting investors such as Kering chief François-Henri Pinault (who was also personally on the board), Twitter founder Jack Dorsey and Facebook cofounder Chris Hughes. The 38-year-old, who now has three young children, left Fancy this year and is returning to an earlier passion.

Where James Jebbia used a group of kids who loved skateboarding and congregated at his downtown skate shop to make Supreme a global brand, Einhorn is looking to build one around comic books.

He’s playing the long game, connecting with kids and their love of comics and superhero stories early and seeing how it grows as they grow (and no doubt tapping into his network of friends and supporters, which is vast — Kayne West tweeted in 2012: “Working on the future with Joe Einhorn.”)

His sees his future now wrapped up in comics, and that could mean fashion, too.

Already he’s found some support in the industry and from other creative types. Warby Parker, Louis Leterrier director of “The Dark Crystal: Age of Resistance” and others are sponsoring annual memberships for 100 Brooklyn students. (Memberships typically cost $30 a month and allow kids to borrow unlimited comic books, go to the shop seven days a week and receive art materials and instruction as they put their dreams to paper).

Einhorn is drawn not just to comic book stories, but also the imagery.

Where ever this ambition leads, Loot is starting with a physical space, a small second-floor spot where kids can go after school and read and make comics. 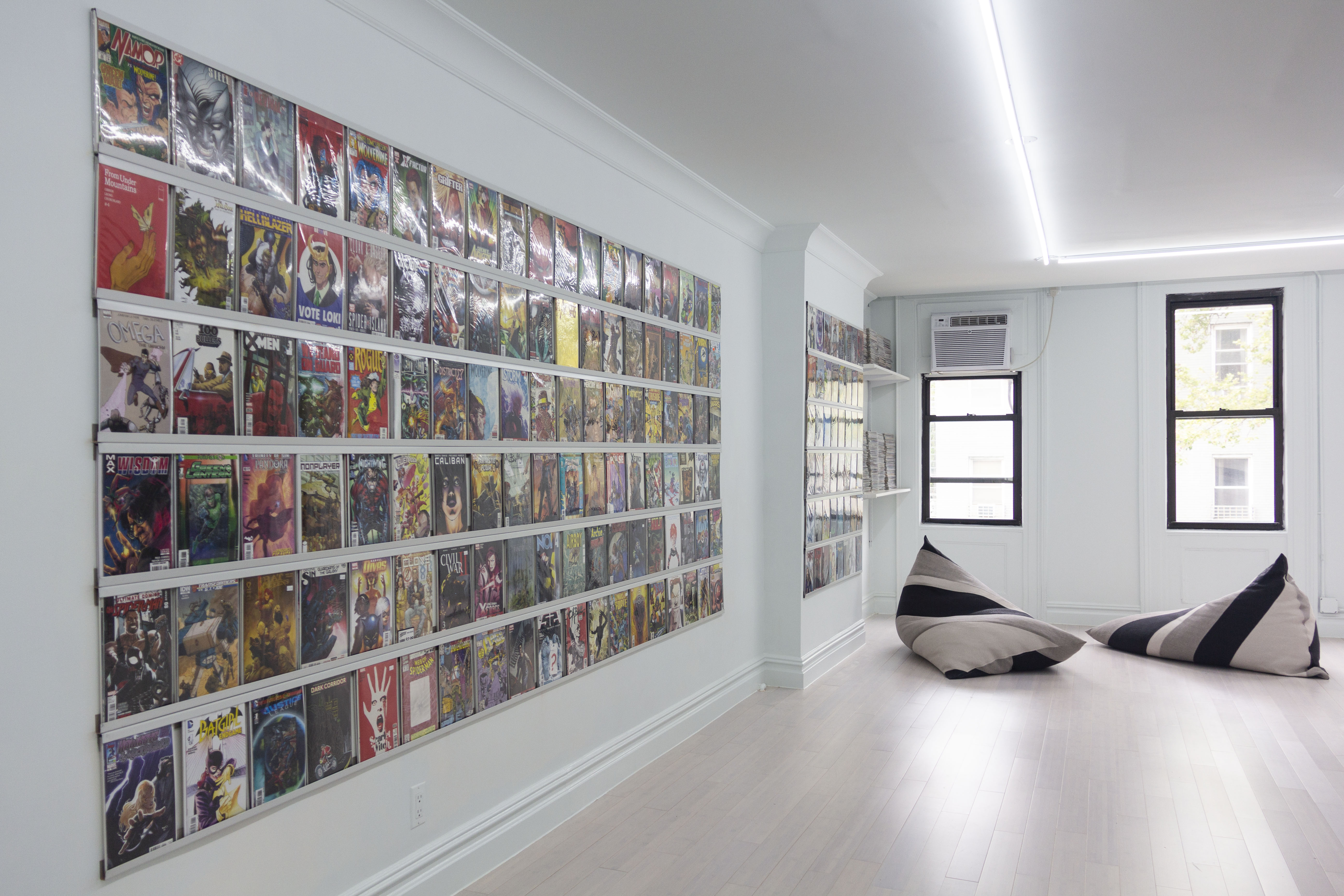 Loot teaches kids about “superhero architecture” and other aspects of the craft, and helps them bring their dreams into reality, along the way pulling together what Einhorn described as a “user-generated brand.”

So is Loot going to evolve into a fashion brand? A movie studio? A toy company? Something else?

“It involves a medium that we’re really passionate about and where this goes is where our partners take us and our partners in this case are the community,” Einhorn said.

For a digital shopping guru, Loot has a distinctly physical approach.

“It’s just a beginning,” he said looking at the store, lined with comic books with a few bean bag chairs for easy reading. “I admire Supreme because of the enduring impact. We’re just still talking about some guys who just love skateboarding. And I’m a guy who loves comic books.

“If you have something that people really enjoy and is an important thing in people’s lives, then you go from being…the person who operated the shop to being the collective point of view and I think that’s where the magic is made,” Einhorn said.

If Einhorn can make that magic, everything else will follow.