Prada to Stage Simultaneous Shows in Milan and Shanghai

John W. Nordstrom leaves Sweden and lands in New York speaking no English and with just $5. He works his way — as a logger, miner and laborer — to Washington state. After two years in Alaska and the Klondike searching for gold, he returns to Seattle ready to settle down with a $13,000 stake.

John W. Nordstrom retires, selling his shares to his sons, Everett and Elmer. Wallin sells his stake to the Nordstrom family and Wallin & Nordstrom becomes Nordstrom’s.

Nordstrom’s is quick to embrace a new mode of shopping, opening its first suburban store in Seattle’s Northgate Mall, one of the world’s first shopping malls.

The company continues to grow and, with eight locations in Washington and Oregon, becomes the country’s largest independent shoe chain. 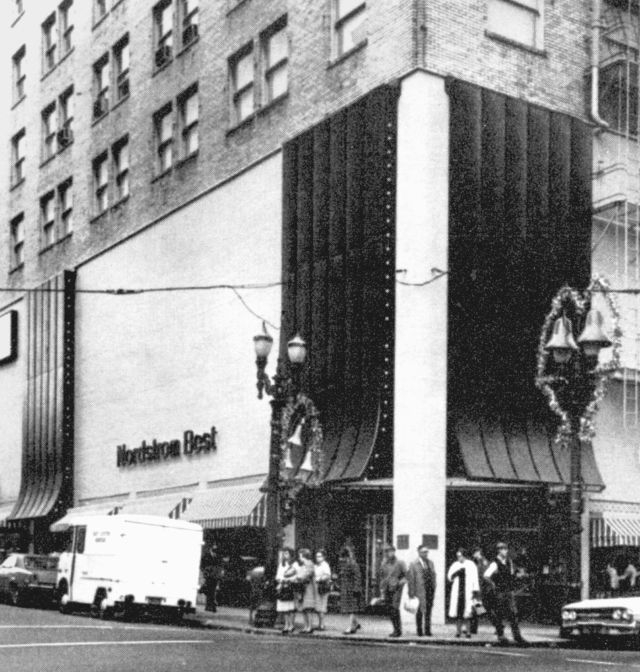 Moving beyond shoes, Nordstrom’s buys Best Apparel, a two-door apparel retailer that paves the way for the introduction of shoes and apparel under the Nordstrom Best name.

The company is renamed Nordstrom Inc. and goes public.

A retail competitor tells WWD of Nordstrom: “They’re the best, hardest-hitting specialty store in the United States today, stronger than an ox, and they understand what they’re doing.” The company’s sales pass $100 million and Nordstrom Rack is born in the basement of the downtown Seattle Nordstrom store.

1978
Nordstrom expands outside the Northwest with a store at South Coast Plaza in Costa Mesa, Calif.

The company cuts the ribbon on its first East Coast store, in Virginia.

Nordstrom continues to grow through a massive wave of department store consolidation that sees many smaller stores wrapped up into larger players that struggle financially before finding their footing.

Nordstrom buys control of Jeffrey, which has luxury boutiques in Atlanta and New York City.

Nordstrom opens its first full-line men’s store, in New York City. The company’s board rejects a $8.4 billion buyout offer from the family.

Nordstrom tackles the pandemic with its tailors making nearly one million medical masks in partnership with Providence and Ascension. The retailer stops offering goods made with animal fur or exotic animal skins. The three Jeffrey stores are closed.