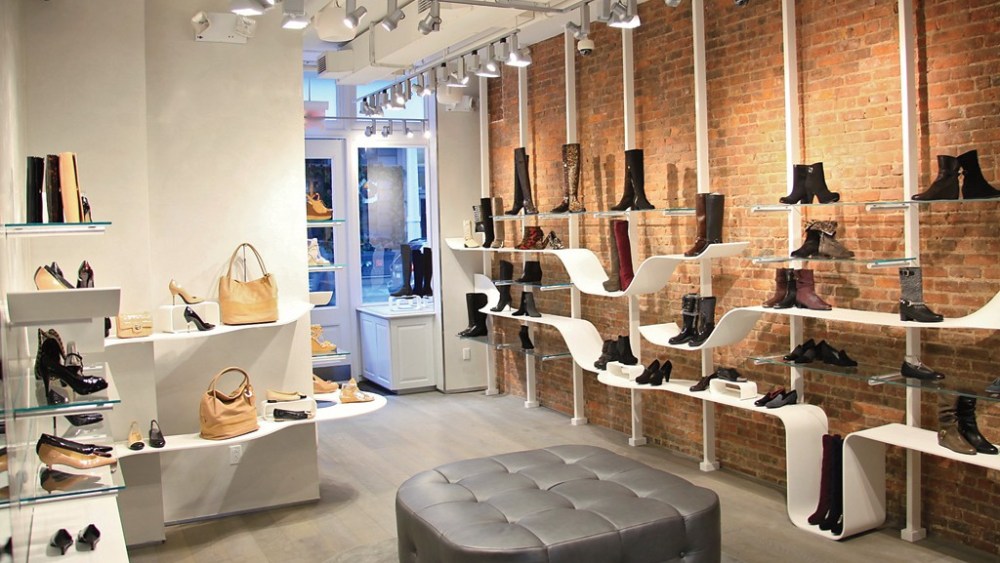 The Jones Group Inc. has hired investment bank Citi to explore its options — a move that could lead to the breakup of one of fashion’s largest brand portfolios.

Shares of the company, which operates roughly 35 brands, shot up as much as 16.1 percent Monday on word that it was testing the waters. The process could result in the outright sale of the firm.

“Like most companies, The Jones Group has ongoing relationships with a wide range of advisers,” said a spokeswoman for the firm. “As a matter of practice the company does not share the specifics of these relationships.” A Citi spokesman declined to comment.

One source familiar with the process said Jones had received interest from several would-be players looking for an acquisition and engaged Citi to field those calls and to examine its broader alternatives. The company is seen as a natural fit for a private equity company wanting to trim back some operations and resell others.

Jones has been under pressure to make changes. Last month, activist investor James Mitarotonda, chairman and chief executive officer of Barington Capital Group, was given a spot on the board. Mitarotonda has a history of pushing Warnaco Group Inc., Dillard’s Inc., Nautica, Harry Winston and others to tighten up operations.

Shares of Jones closed up 7.6 percent to $15.75, leaving it with a market capitalization of $1.16 billion. Including debt, that left the firm with current valuation of $2.05 billion, giving it an enterprise value of 10.2 times its earnings before interest, taxes, depreciation and amortization for the past year. In a buyout situation, multiples over 10 times EBITDA are considered rich for the fashion industry and generally reserved for strong brands with a clear growth trajectory.

A decade ago, Jones was a cornerstone of Seventh Avenue, catering to department stores alongside the former Liz Claiborne Inc. and Kellwood Co. But while Claiborne spun off its namesake and zeroed in on Kate Spade and Kellwood was taken private, bringing its Vince unit to the fore, Jones has largely held onto the same corporate structure.

“Department stores have moved more upscale and contemporary, and Jones didn’t move with them,” said analyst Janet Kloppenburg, of JJK Research. “That’s really what hurt them. And you saw VF [Corp.] and PVH [Corp.] buy more contemporary brands that not only could satisfy the department stores, but also had great global growth opportunity.”

Jones has tried to up its fashion quotient and its exposure to the higher-end consumer in recent years, buying Stuart Weitzman, Kurt Geiger and Brian Atwood, but the net effect hasn’t been enough to lift the overall business.

“Unfortunately, except for Stuart Weitzman, those investments [in emerging brands] to date have not been able to propel the top line,” Kloppenburg said. “Many of them are just too small to move the needle and…the Jones New York apparel brand has experienced top-line erosion. We have to look at the individual pieces [of the company now] and see if their individual values are greater than today’s market cap.”

Kloppenburg described Weitzman as the “crown jewel” and Nine West as a “very viable” moderate footwear business, while noting L.E.I. and Gloria Vanderbilt have proven they can maintain market share.

As for the Jones New York business, she said there were opportunities to modernize its current department store distribution or to make the brand exclusive to one retailer.

Jones’ namesake sportswear business underperformed at retail over the past few years as the company was hit by internal turmoil.

Executives admitted that they had dialed up Jones New York’s fashion quotient too much last year as the business suffered branding and product issues. In an attempt to make the line younger, the fit was changed and luxe and heavyweight fabrics were added, as were furs.

The customer rejected the new positioning and Jones began to rework its namesake sportswear lines for this coming fall, going back to the heritage of the business. Price points have been lowered in an attempt to win back the traditional customer. The company also launched a new collection for fall called Jones Works, a style system with key pieces that mix together, as well as QMack, a new brand centered around 13 key items for the Millennial customer at Macy’s, beginning with 150 doors.

As Jones attempted to reinvigorate its struggling sportswear lines, it has also increased its focus on accessories, footwear and jewelry. Consequently, Jones sportswear has become a smaller piece of the pie. Sportswear accounted for 27 percent of group revenues last year, versus 31 percent in 2011. Led by Nine West, footwear and accessories generated 52 percent of the overall business, versus 48 percent in 2011. Jeanswear held steady at 20 percent of the business.

On the other hand, the company has also been spending in its search for growth.

Jones paid an initial $180 million for a 55 percent stake in Stuart Weitzman in 2010, and bought the rest of the company for an undisclosed sum at the end of last year. It also spent more than $324 million to buy Kurt Geiger and its debts in 2011.

Industry sources believe that Jones’ traditional sportswear business is being squeezed by brands such as Lauren Ralph Lauren, Michael Michael Kors, Calvin Klein and Vince Camuto, as well as private label, on the better-price selling floor of department stores.

As department stores consolidated, it became harder for Jones to take advantage of the size of its wholesale business and to maintain gross margins.

“Clearly, the stakes are getting higher and the crowds are getting more excited. I look at balancing restless with patience. It’s a big business; it’s a complicated business at a complicated time,” said Richard Dickson, president and ceo of branded businesses at Jones, in an interview in April.

Since Dickson arrived at Jones three years ago, the company tried to reinvigorate the Jones New York brand and personify it with destination key items. The brand was built on career sportswear, and the group has now returned to that concept with an emphasis on suits, easy-care shirts and denim. Stefani Greenfield was hired in November 2011 as chief creative officer, overseeing design, merchandising, marketing and creative services. She made a lot of personnel changes and had operating responsibility for the creative areas. Her tenure was marked by high turnover of longtime Jones executives. Greenfield’s role was changed to global creative consultant in April.

In April, Jones outlined several steps it was taking to streamline the company’s operations and improve profitability. Chief among them was the closing of roughly 170 underperforming stores, which was expected to result in a reduction of the domestic retail staff by about 18 percent, or about 750 people. In addition, Jones planned to trim several wholesale divisions and the supply chain, resulting in the loss of about 2 percent of the workforce, or 100 jobs.

Jones’ ceo Wes Card said that once the stores were shuttered by mid-2014, it would result in a smaller and more productive chain of domestic units, with outlet stores accounting for a substantially higher percentage of the overall retail portfolio.

On the wholesale end, Card planned to consolidate certain production, design and selling divisions, as well as distribution and supply chain facilities. He planned to reduce some of the overlap and redundancies that the previous structure created over the years.

According to Card, the cost-cutting moves are expected to generate some $40 million in annualized pretax savings and reduction of operating losses by mid-2014, with the benefit to fiscal 2013 expected to total about $11 million. Savings will be generated through the reduction of the workforce, as well as other selling, general and administrative expenses reflecting Jones’ smaller U.S. retail footprint and more streamlined operations.

In April, the company said it would incur costs of about $40 million to $60 million over the next 15 months to achieve the plan. Those costs include severance, store closures and noncash asset writedowns of about $6 million.

NEXT: The Jones Lineup >>