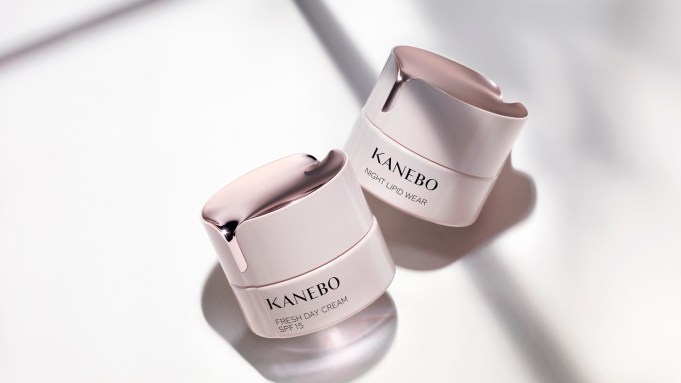 TOKYO — Japanese beauty giant Kanebo is launching an eponymous prestige beauty brand in its latest effort to rebuild its image and regain consumer trust after a major product recall in 2013.

Kanebo, which has tapped model Arizona Muse to be the face of the new brand, said it will start rolling out skin-care and makeup items to most markets this year and next year, with China slated for 2020. Kanebo, part of Kao Corp. and a rival to Shiseido, said it expects the new brand to generate five billion yen, or $45.8 million, in sales in its first year. It is targeting revenue of 30 billion yen, or $274.82 million, within the first four to five years.

“Over the past three years we have been carrying out careful manufacturing of products that are safe and trustworthy, but I don’t think only doing this is enough to become a trusted company,” Kanebo’s president and chief executive officer Masumi Natsusaka said at a press conference in Tokyo. “If we don’t do the things that we are able to do as Kanebo Cosmetics, then I don’t think we are acting as a company that [customers] can put their trust in.”

The new brand draws on the company’s long history in the cosmetics industry. It will be launched in Japan on Sept. 15, exactly 80 years after Kanebo made its first foray into cosmetics with the introduction of a soap formulated with silk oil. The brand will be launched in Southeast Asia in November, and in Western Europe and Russia in 2017. The Chinese market will follow in 2020. Ads starring Muse are slated to break in July, a spokesman said.

The Kanebo brand will launch with a core offering of 10 skin-care items, 13 base makeup items, and 21 color makeup items, including different colors of the same product.

The skin-care products are formulated as basic items, such as cleansers, a serum, lotions, emulsions and creams. The company said it will expand the offering in the future to possibly include different skin-care product lines, such as brightening or antiaging, depending on customer feedback. The skin-care items feature botanical complexes and a fragrance of tea flowers.

At the time of its launch later this year, the Kanebo brand will have around 15 department store counters in Japan and will be available at roughly 200 specialist cosmetics store. The company plans to build the brand’s presence to 150 department stores in the near future.

The launch of the new brand marks Kanebo’s first major foray into skin-care product development since it voluntarily recalled more than 50 brightening products due to customer complaints of vitiligo-like symptoms in July 2013. WWD spoke with Natsusaka last year about the company’s attempts to rebuild consumer trust after the recall. In the three years since that time, the company has focused more on makeup, but Natsusaka said he thinks the time has come to begin placing more of an emphasis on skin care.

Natsusaka said the number of customers at Kanebo’s counters hasn’t yet reached pre-recall levels, but the incremental increases have.

The launch of the Kanebo brand is the third project by the company that seeks to strengthen and clarify the image of its brands. The first project, which was undertaken in 2014, was to release the brand Kate Tokyo across Asia, and the second, which started in 2015, was to strengthen the branding of the Lunasol line. Additional projects are expected to follow in the coming years.