The British model and singer is creating a special line for the footwear and accessories brand.

By Marc Karimzadeh on May 9, 2011
View Slideshow 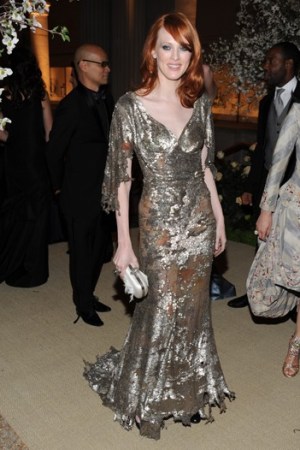 Bazaarvoice on ‘Value of Authenticity’ in Advertising, Social Media

The British model and singer is now also a designer, courtesy of a collaboration between her and Nine West. Elson designed a limited edition collection of accessories for the Nine West Vintage America Collection for fall. The line, which will launch in select Nine West stores in late August, will feature handbags, shoes and jewelry with the kind of vintage feel that has marked Elson’s personal style over the past decade.

“My dream of designing a collection that’s a true reflection of me has now come to life through this collaboration,” Elson said. Elson will also be the face of the Nine West Vintage America Collection campaign, which breaks in September.

The division of The Jones Group launched the Vintage America line in 2009, inspired by an authentic, all-American aesthetic, and since the launch, the company has worked with brand ambassadors Miranda Lee Richards and Joss Stone. Elson worked closely with Nine West creative director Fred Allard on the fall lineup, and inspirations range from the Thirties Dust Bowl to burlesque dancers for looks like T-strap wedges, velvet laced boots, ladylike handbags and vintage charm jewelry.

Elson isn’t the first model to try her hand at designing. She joins a growing group who have parlayed their careers into stand-alone brands or retail collaborations, including Kate Moss, Claudia Schiffer, Elle MacPherson, Liya Kebede, Gisele Bündchen and Eva Herzigova. Designing is just one of several hats the Manchester native has been wearing lately. In addition to being a mother of two, Elson, who is married to Jack White of The White Stripes, is a singer and songwriter.

“An otherworldly beauty and modern muse like Karen Elson truly embodies the inextricable connection between fashion and music,” Allard said. “I was not only inspired by her music, but also by her powerful personality, attitude, allure and undeniable talent.”

Elson’s designs are priced at retail from about $149 to $269 for footwear, $69 to $99 for handbags and $32 to $44 for jewelry. Customers can start preordering pieces in July on ninewest.com/vintageamerica. As part of the launch, Nine West will support the Soles4Souls organization.