The company has signed license agreements with about 30 companies to produce Kathy Ireland branded goods that rack up close to $2 billion in retail sales. 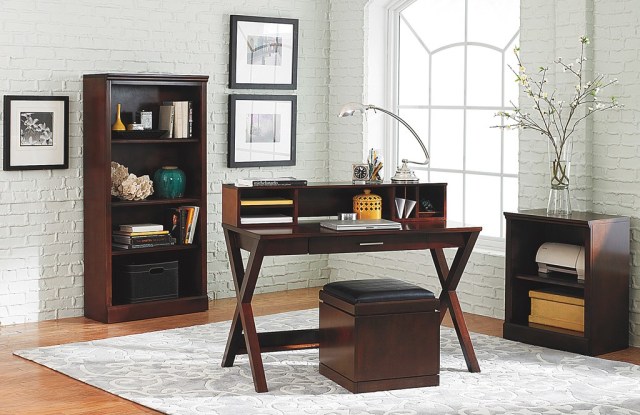 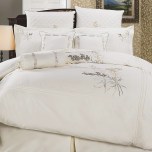 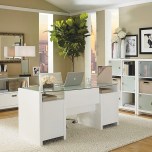 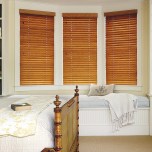 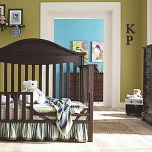 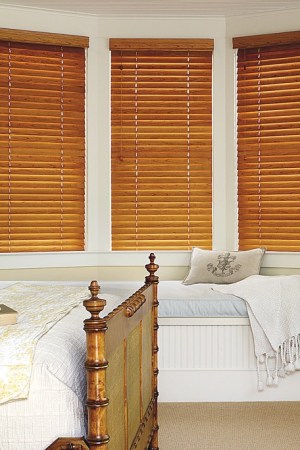 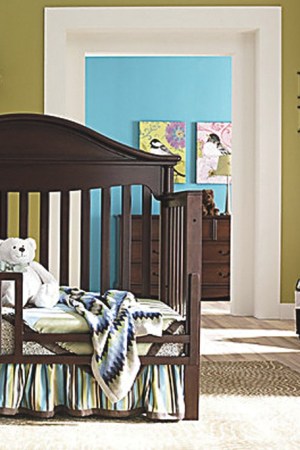 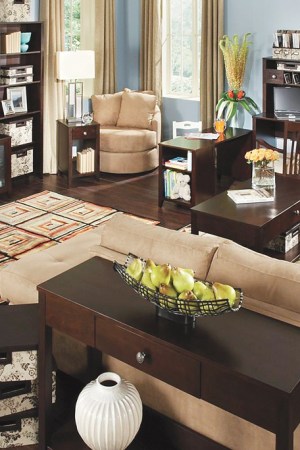 Kathy Ireland wants to make things easier for families, and she’s assembled a big family of licensing partners to do just that.

Since teaming with Moretz Mills for socks in 1993, Kathy Ireland Worldwide has signed license agreements with about 30 companies to produce Kathy Ireland branded goods that rack up close to $2 billion in retail sales. About half of the licenses are in the home category, for which Nebraska Furniture Mart and Raymour & Flanigan are two of the brand’s largest retailers, but KIWW has been pushing to broaden its license portfolio to diminish its reliance on home and to serve its customers’ many needs.

The company concentrated on building its business in home products in 2003, after it cut its exclusive ties to Kmart, where apparel was Ireland’s strong suit, and only recently has seriously reentered the apparel arena. Within the last two years, KIWW has delved into special occasion and wedding dresses with Mon Cheri Bridals, intimates with Panties Plus Inc., and fur items with American Legend.

“We’re expanding our fashion,” said Ireland, “but we’re doing it carefully and correctly.” When deciding upon licenses, she continued, “We look at our mission statements. It’s got to look within those mission statements and tie together. There’s so much that we don’t yet have. People complain that we’re growing the brand so slowly, but it’s at such a pace where I feel comfortable because it’s important that we do it right.”

Besides apparel and numerous categories of furniture, the brand licenses categories from rugs and hard flooring to ceiling fans, lighting to replacement windows, bedding to upholstery and home textiles, tableware to candles, clocks, window treatments and other home decor accessories. And, of course, socks.

Jon Carrasco, executive vice president and creative director of KIWW, stressed that Ireland seeks out licensees that are innovative leaders in their fields. Speaking of Ireland’s reignited ambition to develop her brand further with licensed apparel products, he added, “She’s always had a passion for fashion, [but] we had a period of time where we distanced ourselves from the Kmart association, so that when we go out to independent retailers with fashion today, it’s a new statement.”

The license partners that have been brought into KIWW’s fold report favorably about Ireland and the performance of merchandise that bears her name. When his company was in discussions last year with KIWW to become a licensee, Mike McCrea, vice president of marketing at fur specialist American Legend, was invited to a brand summit during which various licensees discussed their sales. “It was this big love-in,” said McCrea. “They were encouraged to express any needs or concerns. We weren’t yet a partner, but I’m looking around at all of them saying that the economy hasn’t been good, but sales are up 15 to 20 percent. It made me a believer.”

The early results of American Legend’s Kathy Ireland fur collection of 30 styles priced from $695 to $30,000 have made McCrea an even bigger believer. The Fur Vault picked it up at Macy’s last fall, and he said, “They were very happy with it.” In global retail sales, McCrea disclosed that Kathy Ireland’s involvement with American Legend would yield in excess of $250 million annually. “When they [shoppers] come in and see Kathy Ireland at Macy’s, they see a brand that they trust,” said McCrea.

Although it is a smaller figure than American Legend’s, Mon Cheri Bridals chief executive officer Steve Lang is pleased that Kathy Ireland wedding and special occasion dresses have quickly hit $3 million in sales. “This has the ability to go to the $15 million, $20 million, $25 million range with just what we are doing. I have high hopes,” he said.

Panties Plus’ intimates line with Ireland is on track to generate $10 million in wholesale revenues in 2013, according to ceo Abe Hanan. He said the line, which includes bras retailing from $32 to $42, underwear from $8 to $16, sleepwear from $35 to $45 and shapewear from $15 to $30, will go into Bealls, Stage Stores and other department stores by July.

The entrance of Kathy Ireland merchandise into department stores demonstrates the expanding reach of KIWW, which had been largely dependent on smaller, independent retailers for post-Kmart sales. In order to be carried by retailers catering to the mass market and those who cater to a niche luxury segment, the brand has developed a range of products from entry-level price points to more expensive premium merchandise. Stephen Roseberry, KIWW president and chief operating officer, said selling $35,000 earrings was a big step for the brand.

“Because she started at one level of distribution, people don’t think about the fact that so many of the things that are sold today are at a different price point,” he said.

Still, the primary customers for Kathy Ireland products are middle class and from Middle America. Lang explains that a KI wedding dress is “the average girl-next-door type of dress. We are not about getting married at the Ritz Carlton.”

Thomas Blumenthal, president and ceo of Gearys Beverly Hills, which stocks Ireland’s jewelry, said, “She represents our opening price point. It is something that a mom can buy without asking permission, so to speak.”

Ireland knows her customers better than anyone, and she doesn’t hold back from giving her thoughts about how her brand’s products can satisfy them. She vets every product and keeps in close touch with the licensees, frequently having meetings with them via video conferences, the phone or in person. She makes sure they adhere to eight style guides inspired by trips around the world that were created when her brand was founded.

In the last 11 months, Roseberry said members of KIWW’s staff have circled the world 2.5 times.

“We get design inspirations everywhere we go,” said Carrasco, mentioning that a Monkey Mischief design motif in the La Vida Buena style guide was inspired by the variety of monkey species Ireland noticed in Costa Rica.

“I heard someone say I slap my name on products,” said Ireland. “People who know me, know I’m such a control freak, that would never work for me.

“There’s nothing wrong with a celebrity endorsement if you’re a celebrity [and] if that’s your path, but that’s never been our path,” she added.

McCrea painted a similar picture of Ireland’s exhaustive participation in the process of product development: “She is the ceo of the company. No question about it. It is not a typical celebrity brand where they rubber stamp things. She is absolutely hands-on.”