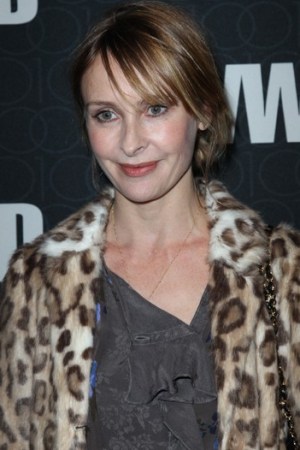 Leveraging Connections — and Knowledge — to Succeed

Terms of the deal, which closed on Tuesday, were not disclosed. Financial sources said the funding for the purchase was by both Kellwood and its parent, Sun Capital Partners.

Rebecca Taylor and her business partner Elizabeth Bugdaycay, who together founded the firm 15 years ago, will remain with the company.

Michael Kramer, Kellwood’s president and chief executive officer, promises more acquisitions on the horizon for 2011, and sources said that Gryphon could be the next target on Kellwood’s contemporary radar. The two firms are said to be in talks about a possible acquisition.

“This is an awesome brand. Rebecca and Beth are incredibly talented people,” Kramer said.

Market sources said the brand’s volume is in the $45 million range, similar to Vince’s sales when Kellwood acquired that brand in September 2006. Vince’s volume has since grown to about $150 million annually.

The firm acquired Adam, headed by Adam Lippes, and Isis in 2010.

According to Kramer, the plan is to build Rebecca Taylor through additional doors for its wholesale business, a more sophisticated Web presence with improved fulfillment functionality and, in particular, through the increased presence of freestanding retail stores from the company’s current portfolio of two.

“Rebecca Taylor is a fantastic feminine brand with lots of categories that the brand can grow in, such as intimates or outerwear,” Kramer said.

Paul Altman, director of investment banking firm Sage LLC, financial adviser to Rebecca Taylor, said, “We talked with a number of qualified groups, but the sellers were excited about what Kellwood brings to the table. Kellwood is a rare strategic group that is strong in terms of how it grows its portfolio of brands. They know the contemporary market and did a great job with Vince.”

According to Rebecca Taylor, “We look forward to moving [ahead] with our retail business.”

The brand has a huge international presence through a wholesale business in both Asia and Europe, and has freestanding stores in Hong Kong and in the NoLIta section of Manhattan. A third store is slated to open next month in the Meatpacking District here.

Taylor, who said her firm does some footwear and accessories as complementary extensions to her sportswear collection, is considering expanding those categories into full collections.

“I always wondered what people meant about taking their company to the next level,” Taylor said, “and [we] realized now is the time. With Kellwood, we have this big-brother feeling that there’s additional support from a larger company to help us grow further, and we really needed the support of a company with more experience in retail.”