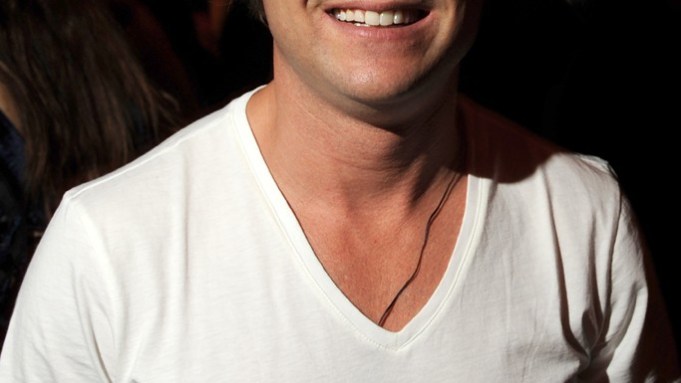 Is Adam a bellwether of Kellwood Co.’s future strategy?

The apparel firm has decided it will no longer fund the Adam business started by Adam Lippes, the first disposal since Michael Kramer left Kellwood as chief executive officer to join J.C. Penney Co. Inc. as chief operating officer. Kramer had effectively remade Kellwood as a contemporary-focused group with a string of acquisitions that included Adam.

And in perhaps a further sign Kellwood might be slowing its pace of purchases, Stephen Walmsley is also gearing up to leave Kellwood, according to sources.

Walmsley was vice president of business development and special projects, in charge mostly of acquisitions. Sources said his last day is today. Walmsley is slated to join Nordstrom Inc. in a similar capacity. Sources said he was courted by Nordstrom executives months before word got out that Kramer was headed to J.C. Penney.

A number of market sources weren’t surprised by the news about the disposal of Adam, noting Kramer was the one who had championed and spearheaded Kellwood’s acquisition strategy. A few even speculated whether Kramer’s strategy could become undone now that he’s no longer there, with more disposals possible. And with the departure also of Walmsley, a few are questioning whether Kellwood would even continue on its acquisition spree.

While the strategy certainly could change once Kellwood has a new ceo, so far it’s still business as usual for the existing management team. The company in the past two months was in acquisition discussions with a handful of firms, including the Gryphon brand, said those familiar with the discussions. Moreover, financial sources said Kellwood has continued its outreach to apparel brands as it seeks potential investment opportunities.

As for Adam, its employees were told of Kellwood’s decision early Thursday, sources said.

Eric Hunter, senior vice president and chief marketing officer at Kellwood, said, “Kellwood is considering all strategic alternatives for the Adam brand. We appreciate and respect his vision and design talent and look forward to watching Adam’s future success.”

Meanwhile, Adam had planned pre-fall showings next week, and those have since been canceled.

One financial source, who requested anonymity, said that Adam might be a unique situation where it “really didn’t fit in with what Kellwood had in mind.”

This individual, who is familiar with the designer market, said that while “Lippes is talented and does a good contemporary line, the price point is wrong.” He said the brand isn’t big enough yet to do the store rollout that was planned, suggesting that a substantial investment was needed to build up the label and add brand extensions before making an even bigger investment on the retail front. He also felt that Lippes could have a more successful business if the brand stayed within the smaller high-end market.

Another individual, a sportswear executive who has expertise on the acquisitions side in turnaround situations, said that at $10 million in annual volume, the Adam brand is “still essentially a startup. With such a small company, it would take too much to get the company growing. If it could be acquired, it wouldn’t be by private equity, but most likely by a small strategic acquirer.”

So the big question is: Are there potential buyers for the brand?

Richard Kestenbaum, partner at investment banking firm Triangle Capital LLC, said that while the Adam brand has potential, “it’s a very delicate thing to take the high end and make it bigger.” He called the balancing act of maintaining the performance of the brand with the accessibility to a mass audience a difficult one.

Because of its good presence in the marketplace, Kestenbaum said there are likely buyers for the brand, and noted that an acquisition of Adam could be a good opportunity for a firm to help the Adam line reenter the men’s wear market.

The contemporary sportswear brand was initially launched in 2003 as Adampluseve, but was later changed to Adam. There had been a women’s line called a+eve and a men’s label known as a+dam. The men’s sportswear line has since been discontinued, although the underwear business continues.

Kellwood acquired the Adam brand in August 2010 from its founder, Adam Lippes, and The Atelier Fund, which owned a 49 percent stake in the company. Lippes, who could not be reached for comment, stayed with the brand as ceo to oversee the line. One of Adam’s top accounts is Neiman Marcus. The Adam business, grew in the past year under Kellwood, according to a market source, who said volume is around $10 million annually.

Sources with knowledge of the internal deliberations on whether to keep funding the Adam business said the decision was focused solely on needing to fund Kellwood’s core businesses — those that could be grown substantially over the next five years.

One of those sources said the Adam business, while a good brand, had “struggled a bit and was challenged in today’s economy.”

Another source with familiarity of the Adam business said funding it would require future investment of a significant amount as initial plans called for growing its retail base.

Lippes has had two investors since he started his firm. The first was The Atelier Fund, whose principal investor is Compagnie Financière Richemont SA, which invested about $10 million for a 49 percent stake in the brand. Atelier was started in 2007 by two retail veterans, Marty Wikstrom, operating out of London, and Dawn Mello, working from New York.

Lippes has always believed that freestanding stores are the best way to showcase his collection, which in part led to a meeting of the minds when he met his second investor, Kellwood.

For his part, Lippes was a fan of Kellwood and what it was able to do to help him grow his business.

“What has been amazing about Kellwood — the money is great, of course — is we can grow faster,” said Lippes in an interview earlier this year. “Kellwood so impressed me because of the expertise they had. I was doing everything myself. I didn’t have a partner with the expertise of anything.”

Since Kellwood acquired the firm, Lippes has seen improvements in areas such as production, financing, merchandising and sourcing. “It’s been a really great relationship,” he noted in the interview. Kellwood took over the warehousing and beefed up the back of the house and fabric department.

Before starting his own brand, Lippes was the creative director for Oscar de la Renta from 1996 to 2003.