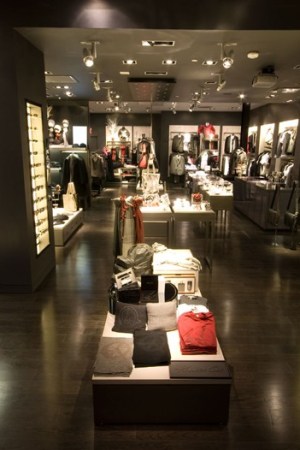 NEW YORK — Kenneth Cole New York’s catchy new spring campaign slogan — “The future is about to be redressed” — could just as well refer to the company itself.

A year after hiring Jill Granoff as chief executive officer of Kenneth Cole Productions Inc., Cole is ready to make his next big move in the ongoing strategy to position the $492 million firm for growth. Today, the company will name Ingo Wilts as creative director, a newly created role, effective Aug. 1. Wilts joins from Hugo Boss, where he designed women’s and men’s wear and accessories as senior vice president and creative director of Boss Black, Boss Selection and Boss Green. He will report to Cole.

Cole, who founded the footwear and apparel company in 1982, will continue to serve as chairman and chief creative officer, and is expected to become even more of a brand ambassador, setting the overall tone for the brand.

Wilts will be in charge of design and visual merchandising of all product classifications at Kenneth Cole New York and Kenneth Cole Reaction. His hire will allow Cole to focus on the bigger picture and devote more time to social initiatives such as the nonprofit Awearness Fund, which he created in 2007 to raise awareness of social issues such as AIDS and homelessness. Cole, well-known for his humanitarian efforts, is also chairman of amfAR, and a founding board member of HELP USA, among other initiatives.

Since joining the company last year from Liz Claiborne Inc., where she was executive vice president of direct brands, Granoff has worked closely with Cole to develop a strategic platform, and the appointment of a creative director is just one of several initiatives to prepare for a future expected to look significantly different once the recession ends.

“The industry is changing in some very profound ways,” Cole said. “I don’t think the customer is going to go back to shopping the way [he or she] has shopped before, so you have to be very clear. You will get a chance to tell your story and you have to tell it in a very concise and compelling way, and I think that there is an opportunity to evolve the business model today.

“We are very focused on executing better, testing better and reacting more efficiently,” he added. “It requires a quick point of view. It requires certain levels of distribution that you’re in, and a comprehensive sourcing structure.”

Since its founding, Kenneth Cole has grown into a diversified business, with labels such as Kenneth Cole New York, Reaction and Unlisted, across various price points and product categories in apparel, footwear, fragrance and accessories.

Wilts joined Boss as a designer of men’s sportswear in 1997, but left in 1999 to design men’s sportswear at Joop in Hamburg. He returned to Boss in September 2000 and rose to one of the top jobs in the Metzingen, Germany-based firm. That experience, Cole said, made him the perfect candidate for the position. The search for a creative director was conducted by Karen Harvey Associates.

“He is very creative, but he also understands the intricacies and the realities of the business,” Cole said of Wilts. “He understands women’s wear, men’s wear and accessories. He also understands the global landscape in fashion today. Ingo has successfully helped navigate the growth of the Hugo Boss business over the last 10 years, globally and effectively.”

Granoff concurred. ”It’s very important to bring onboard a designer that can really leverage Kenneth’s vision, because Kenneth will still be our chief creative officer and he will set the overarching vision from a creative perspective,” she said. “But you need someone that shares that point of view and then can ensure that it can be really executed across all categories seamlessly.”

Wilts will work closely with Cole and Granoff, as well as the brand’s licensees, international partners and the internal design team to ensure consistency across all divisions.

“I think there is a global potential for the future,” Wilts said. “My experience is in men’s, women’s, shoes and accessories, so the business model for Hugo Boss is similar to the one at Kenneth Cole.

“I like this idea of Kenneth Cole New York,” he added. “There is something very connected to the city, and on the other hand, it has this potential to be a global brand. I like this mix of leisure but also very dressy.”

Cole plans to return the collection to New York Fashion Week next year. The first full collection with Wilts as creative director is expected to be for fall 2010, though he may contribute to some capsule collections before then, according to Granoff.

“My goal is to look at the strategic overall path, to step back and look at the overall creative vision in regard to what the brand stands for and how we tell our story,” Cole added.

The new creative setup will also allow Cole to align his vision with Granoff’s strategy for the house. Since arriving, she has sought to shift the company’s structure from a product category-driven model to one that unifies design and merchandising across all the labels.

“We are really evolving the company in many ways to be much more vertically retail-driven, to really be a global lifestyle brand,” said Granoff.

She identified six core initiatives as part of the long-term strategy to maximize the firm’s potential. They are:

• Energizing the brand by clarifying its positioning, and communicating it in an aspirational way across all consumer touch-points.

• Creating compelling product, from design to quality and consistency in fit.

• Accelerating the growth of freestanding retail, “where we can really have much greater control over the customer shopping experience,” Granoff said.

• Revitalizing wholesale. “We have some terrific wholesale partners and are working very closely with them to identify opportunities to increase penetration in key doors,” Granoff explained, adding that recent moves, such as transitioning the Tribeca footwear line into the other labels and terminating the Bongo license effective Dec. 31, are expected to “really free up and deploy our resources against the core Kenneth Cole brands.”

• Expanding globally. Currently, just 10 percent of business is overseas. The company hopes to grow sales in existing markets such as the U.K., Germany, France, Canada, Latin America, South America and the Middle East, and enter new ones. The plan is for international to account for about 30 percent of the total business over time.

Last week, the company reported an $8.2 million loss for the three months ended March 31, compared with a profit of $807,000 in the year-ago quarter. Sales during the first quarter declined 16 percent to $103.4 million from $122.5 million. Same-store sales declined 20 percent.

The company’s business is divided into 50 percent wholesale, 40 percent freestanding retail and 10 percent licensing. Over the next several years, Granoff anticipates the retail portion will increase to more than 50 percent, with the balance in wholesale and licensing.

The company operates about 100 stores in the U.S., split equally between full-price and outlet stores and about 60 stores internationally. “We believe that we can probably triple the number of full-price stores over time and maybe double the number of outlet locations,” Granoff said. “The key is the best real estate and right adjacencies.”

Also among the plans is a new retail test concept of smaller stores, which was introduced six weeks ago. Whereas a typical Kenneth Cole store is about 5,000 square feet, the new concept is about 3,500 square feet, with smaller rooms that give the units a more residential feel. “A lot of our full-price stores are in fabulous locations, but many of them are oversized,” Granoff said.

“We are seeing comp-store performance 20 points higher than the balance of the chain, and we are also seeing improved margins, so we feel very good about these test stores,” Granoff said.

According to Scott Krasik, an analyst with C.L. King & Associates, the company alienated many core customers when it tried to go upmarket several years ago and has since been battling to get them back. With the new retail concept, he said, the company hopes it can “cherry-pick” a tightly edited assortment while lowering the opening prices in key categories. “Based on how much money that segment has lost over the last few years, a new direction was necessary,” Krasik said.

Both Cole and Granoff agreed that while times are tough, they can also spell opportunity, and the new long-term strategy reflects this. Cole echoed the sentiment at a commencement speech he gave at Northeastern University in Boston earlier this month.

“The message I delivered then was that these are not only the toughest times, but they are also the best, because it’s only in tough times that people look for creative alternatives,” Cole said. “We have always positioned this company as the creative alternative. We did it when we started the company in 1982 — which was in a recession, by the way — and that’s what we are doing today too.”

“If one is inclined to truly make a difference and make an impact, there is more of an appetite today maybe than ever before,” Cole added. “There is more that’s broken; there’s more that needs to be fixed. There is more of an opportunity to significantly impact a very sustainable and transformative voice. It’s a great challenge and a great opportunity, and we are all very excited about it.”