The group has partnered with Conservation International for the “Kering for Nature Fund.”

PARIS — Zeroing in on the issue of biodiversity, Kering has embarked on a strategy to tackle the subject at the group level, and, in keeping with its approach to environmental matters, is setting targets and making them public.

“We have a business and a moral responsibility to take serious action,” said Marie-Claire Daveu, chief sustainability officer and head of institutional affaires, speaking to WWD at Kering’s headquarters.

“We have less than 10 years to bend the curve on biodiversity,” she added, highlighting the topic’s urgency.

The group has already been working on a range of projects aimed at lessening its impact on biodiversity and promoting sustainable and regenerative farming practices, including a partnership with the Wildlife Conservation Society in Mongolia for cashmere supplies. 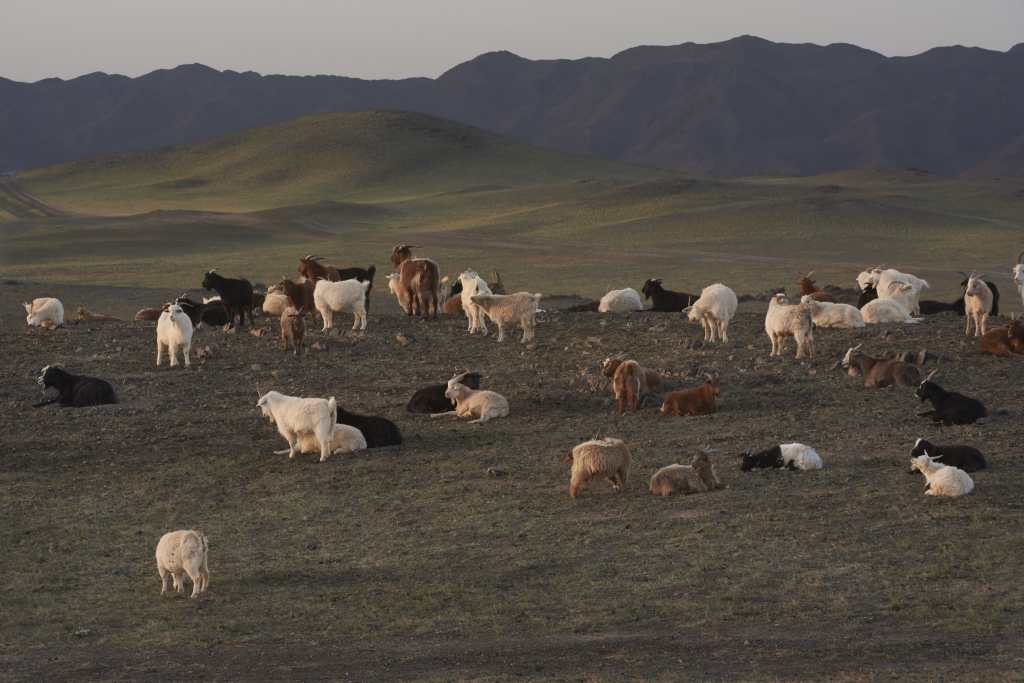 Goats in Mongolia, where Kering is working with the Wildlife Conservation Society.  Courtesy of Kering

Kering has established itself as a leader in the fashion industry on the sustainability front, building tools to measure its impact, setting up an environmental profit and loss account in 2011 and publishing its results starting in 2015. Its open-source approach offers transparency on its own practices, but also serves to nudge other actors in the industry to follow suit.

Now it is laying out a broader roadmap for biodiversity and launching the Kering for Nature Fund with Conservation International aimed at reducing the environmental impact of raw materials like leather, cotton, cashmere, viscose and wool.

Daveu took part in a digital master class on the subject of integrating biodiversity into business operations with the Global Fashion Agenda and Conservation International through Zoom Wednesday — 550 people registered for the event, including journalists.

“We’re losing about an area the size of the United Kingdom every year in terms of forest loss,” said Bambi Semroc, vice president of sustainable markets and strategy of Conservation International, during the online presentation.

“We have great science telling us that we need to do more now. We know that the continued supply of foods and medicines depends on how we take care of the planet — and there’s a need for urgent action,” added Semroc.

“I think we now know that the Aral sea is drying up because of cotton farming,” said Morten Lehmann, chief sustainability officer of Global Fashion Agenda, who also spoke. He observed growing awareness of problems of deforestation and grasslands becoming desert.

“That awareness is being translated into expectations. So I think, for this industry, this will be your license to operate,” he added. “It will no longer be accepted to say ‘I don’t know what to do.’”

Within the next couple of years, he predicted, brands — and indeed the industry at large — will have to say what they are doing to restore biodiversity, as stakeholders will be asking the question.

With the goal of having a net positive impact on biodiversity over the next five years, Kering has set out to regenerate and protect a total area of land equivalent to six times the entire land footprint of its entire supply chain.

Five million euros over five years will be committed to the “Kering for Nature Fund: One Million Hectares for the Planet” that will begin in January.

The group is working with the Science-Based Targets Network on the issue, while aligning its sourcing practices to the network’s framework on biodiversity.

The subject of biodiversity is mostly linked to the luxury group’s supply chain, as the materials it uses are closely tied to agriculture and farming. But nature is also an important source of inspiration for designers and creative teams, Daveu added.

While scientists have not established a direct link between COVID-19 and environmental damage, the crisis has raised awareness about the state of the environment, and the increased risk of epidemics that comes with the degradation of nature and ecosystems, the executive noted. This has served to highlight the importance of ecosystems, raising awareness to a broader audience, and will likely affect consumer behavior, she said.

“People will challenge companies and ask more questions about what we are doing on the environmental side,” she predicted.

When it comes to environmental issues like climate change, awareness has also heightened with recent events like the forest fires in the Amazon and intense storms. “We can see the concrete consequences, it becomes a reality…unfortunately it’s not something that we say ‘in the next century it could happen’ — it’s now,” she said.

Drawing a parallel with the group’s approach to greenhouse gas emissions, Daveu explained that the first step in promoting biodiversity is to avoid contributing to the degradation of the environment. In the same way that the group seeks to avoid generating greenhouse emissions, it will avoid sourcing raw materials that could have an adverse effect on biodiversity — like not using leather from the Amazon.

The next step is to reduce the environmental impact wherever possible, she continued. “So, for example, it’s about how I can use organic cotton over conventional cotton, or how I can take the right cashmere,” she noted.

Then there are efforts to restore and regenerate ecosystems, she continued. “It’s to take action to restore nature, for example, by reforestation…it’s to go a step ahead,” she said.

Returning to her comparison with greenhouse emissions, she said it’s not enough to seek to offset carbon emissions, but also necessary to push for energy efficiency. “It’s not exactly the same action but a similar spirit,” she said, referring to the group’s plans to promote biodiversity.

“For biodiversity it’s ‘How can I avoid sourcing from ecosystems that could be destroyed or impacted?,’” she said. “I speak a lot about traceability. If you really want to implement this kind of action, it’s about traceability, you have to know where the raw materials are coming from.”

The final target is to have a holistic approach, said Daveu, citing Kering’s approach to animal standards, and biodiversity, while noting there remains the issue of the social side — the right remuneration for farmers, for example.

Criteria can be drawn up in contracts with suppliers, she said. “You have to walk on three legs — environmental, animal welfare and the social side,” she said, walking three of her fingers across a table.

Adding scale through collective efforts is also effective, she noted, citing the example of the Fashion Pact, a grouping of companies working together to establish environmental commitments, an effort launched by French President Emmanuel Macron and led by Kering chairman and chief executive officer François-Henri Pinault.

“If there are several companies working in the same manner, you have power to change at a larger scale,” she said.