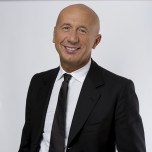 PARIS — In a bid to accelerate growth of its fashion and “hard” luxury brands, Kering has shuffled top management.

Gucci, the cash cow of the French conglomerate and its largest property, is to operate separately from those divisions under Patrizio di Marco, its chairman and ceo since 2009.

The trio of top executives — di Marco, Bizzarri and Bensoussan — will report to François-Henri Pinault, chairman and ceo of Kering, and sit on its executive committee.

The shake-up was disclosed Thursday in tandem with Kering’s first-quarter results, which signaled more moderate growth for the once high-flying luxury sector.

Softness at Gucci and Puma, plus currency headwinds, held back total revenue growth to 1.2 percent to 2.4 billion euros, or $3.29 billion. The core brands of the French conglomerate’s luxury and nascent sport/lifestyle divisions saw sales in the three months ended March 31 decline 3.2 percent and 6.6 percent respectively.

Dollar figures are converted from euros at average exchange rates for the period to which they refer.

The 51-year-old is to remain president of the Italian brand famous for its woven leather goods, and a new ceo is to be named shortly.

According to HSBC’s calculations, Kering’s so-called “smaller” luxury brands altogether should account for 47 percent of its luxury sales and 36 percent of earnings before interest and taxes in 2014 “and are growing faster than the industry average.”

Pinault is to remain chairman of Saint Laurent to ensure “the unique individuality and positioning of this historical French couture house” is preserved, the company noted.

“This realignment will be carried out with full respect for the autonomy of each of Kering’s brands, which will remain under the operational responsibility of their respective ceos,” the company said.

Kering characterized the changes as a “more specialized steering of its activities” that would “strengthen the monitoring and focus the business expertise and resources that the group makes available to its brands to accelerate their development.”

Thursday’s developments will see company veteran Alexis Babeau — who worked under its Gucci Group, PPR and Kering guises — leave the group after a 10-year tenure.

Babeau joined what was then Gucci Group, a division of PPR, in 2004 as chief financial officer from Finaref, a credit and financial services company. He subsequently became chief operating officer and was promoted to managing director of the luxury division in 2011 in the wake of the exit of Gucci Group president and ceo Robert Polet, a Dutch national who came from Unilever’s ice cream and frozen foods division.

Pinault praised Babeau for playing “a key role in identifying and implementing operational synergies between our brands, while maintaining the creative independence that makes each of them unique.”

Bensoussan, 55, has been an independent consultant since 2010, after quietly exiting as director of watches and jewelry at Vuitton. He had launched the leather goods giant into those categories in 2003. Prior to that, he was sales and marketing director for LVMH Moët Hennessy Louis Vuitton’s watch and jewelry division.

The Frenchman started his career at Cartier, and also worked at Givenchy in Japan from 1984 to 1994. He is to start May 2, with the ceos of Boucheron, Girard-Perregaux, JeanRichard, Pomellato, Dodo and Qeelin reporting to him.

Bizzarri is to take up his new post in July, and will be based in Cadempino, Switzerland, where Kering has a centralized logistics and distribution hub.

The lanky, Italian-born executive joined what was then Gucci Group in 2005 as ceo of Stella McCartney, moving over to Bottega in 2009 and piloting its growth past the $1 billion revenue mark in 2012.

Before McCartney, Bizzarri had been general manager at Marithé & François Girbaud apparel in Paris. He began his career as an auditor, and later worked for the Arthur Andersen accounting firm and accessories firm Mandarina Duck.

The reshuffling of executive ranks gives Kering a complexion that more closely resembles its larger rival LVMH, where Pierre-Yves Roussel heads its fashion division, comprising all its fashion and leather goods businesses excepting Vuitton and Fendi, and where Jean-Claude Biver heads the watch and jewelry division.

Pinault said splitting its luxury division “reflects the specific character of the businesses of the group’s different brands, and will provide better responses to their particular needs, adapted to each brand’s stage of development.

“The introduction of this structure is a logical stage in the formation of a more integrated group, to further accelerate the development of our brands, while respecting the autonomy and individual identity of each of them,” he added.

The first-quarter sales, reported after the close of trading on the Paris Bourse, heightened the contrasting performance between Kering’s activities, with luxury posting organic growth of 6.3 percent, reflecting a strong performance in directly operated stores in all regions, the company said, trumpeting a 72 percent growth at Saint Laurent, where customers are clamoring for Sac du Jour bags and kitten-heel shoes.

By contrast, the sport and lifestyle business declined 0.2 percent, reflecting weakness in footwear at Puma.

During a conference call, Palus told analysts Kering would not make any acquisitions in sport and lifestyle until Puma’s results improve. The German activewear firm is to report full first-quarter results on May 14.

In luxury, Kering highlighted rapid growth in Japan, explained partly by a rush of purchases ahead of an April 1 increase in value-added tax, while harsh winter weather bruised gains in U.S.

Duplaix cited “improved revenue trends in Mainland China” and “soft” spending of local clients in Western Europe, except the U.K.

He also pointed to “temporary pressure on tourist flows from Russia” given the crisis there and in Ukraine. The impact was felt most acutely at Brioni, which depends on Russians for about a fifth of its sales, Duplaix noted.

Sales at “other luxury brands” gained 17.4 percent, reflecting the addition of revenues from Pomellato, acquired last year. The gain stood at 7.9 percent in reported terms, with McCartney and McQueen posting double-digit gains.

Gucci’s sluggish performance dominated the conference call, as its brand-elevation strategy means forgoing sales of entry price, canvas and logo products, and weeding out wholesale clients. “Overall sales patterns have improved, or at least remained stable, in all regions,” Duplaix said, allowing “trends in China are still negative, but improving.”

He pointed to trends in Japan, a highly sophisticated market where Gucci’s upscaling drive is gaining traction, with retail sales up 32 percent in the quarter.

In Japan, 79 percent of handbags sold are nonlogo, versus 63 percent in China and 67 to 68 percent in Europe and the U.S.

Gucci continues to overhaul its store network to the “Frida” concept, named after creative director Frida Giannini, with 65 percent of its 475 stores expected to be renovated by yearend. The new format generates 10 to 15 percent more productivity with lower operating costs, according to Duplaix.

Pinault gave no specific sales or earnings guidance other than to “improve its operating performance in 2014 as a whole.”

In a research note, HSBC analyst Antoine Belge predicted “Gucci’s wholesale sales will improve sequentially quarter after quarter, retail sales will improve more significantly in Q3 when the basis of comparison will become favorable and Puma will show positive growth in the second half of 2014.”

Citi analyst Thomas Chauvet gave a thumbs-up to the management shuffle, saying it would “create further manufacturing, distribution and cost synergies across the various brands, in particular in hard luxury.”