The open-source document will be made public this week.

PARIS — Add another weighty subject to the roster of sustainability issues taken on by Kering: animal welfare.

“We wanted really to have a specific focus on animal welfare, seeing it’s an important topic also for ethical purposes,” said Marie-Claire Daveu, the luxury group’s chief sustainability officer. A former French civil servant who once worked in the government’s ecology ministry, Daveu spoke to WWD from her office at Kering’s headquarters; a fuzzy goat statuette sat on the book-lined shelves.

The company is releasing detailed guidelines on the topic today — a several-hundred page document outlining standards for cattle, calves, goats, sheep, ostriches, crocodiles and alligators, pythons, farmed fur and abattoirs — open-sourced, in keeping with other company efforts related to sustainability.

Measures include providing animals with access to food and water, maintaining appropriate weight levels — not too fat, not too skinny —taking care to reduce stress during transportation and keeping them from going lame.

To cite a handful of examples, the gold standard for goats includes giving them a place to “practice their natural climbing behaviors,” while those for ostriches mention providing enough space to run and employing human handlers for transport to keep them from tipping over —clipping the birds’ toenails, however, is not allowed at the silver level.

The standards are the fruit of three years of work, and the subject of animal welfare has been on a list of Kering priorities for some time.

“When we wrote our sustainability strategy for 2025, [for] one of the key axes, we put that we want really to push animal welfare,” explained Daveu, alongside the goals of a 40 percent reduction in its environmental footprint and greenhouse gas emissions from 2015 levels.

For the luxury industry, which uses animals and animal products, it is important to pay attention to how they are raised, transported and killed, explained Daveu.

Kering has an established reputation as a company that does not shy away from charged topics — tackling issues related to fighting violence against women through its foundation over the past decade, or supporting candid discussions related to the role of women in cinema through its “Women in Motion” program, well before the explosion of the #MeToo movement.

While the company’s stature may benefit from being ahead of the curve on challenging subjects such as sustainability measures, executives are also mindful that such efforts can generate intensified scrutiny.

In 2015, the company published two years’ worth of environmental profit and loss accounts, known as EP&L. Drafting and publishing the guidelines has been key to establishing the company as an authority on sustainability issues, and it has topped a number of corporate rankings on the subject, including three times at the head of the Dow Jones Sustainability Index for its category.

When it comes to animal welfare, there is the topic of biodiversity — one of the most important issues for this century after climate change, Daveu noted. The company has criteria focused on this when it comes to choosing raw materials or processing them.

But the company’s animal welfare guidelines are about paying attention to each individual animal, she explained. The approach considers animals to be sentient, or able to feel things — a notion that is not embraced throughout the world. It serves as the basis for pushing the standards progressively toward the gold level.

For drafting the guidelines, Kering turned to both internal and external experts. Daveu cited the international farm animal welfare organization Compassion in World Farming, and the Royal Society for the Prevention of Cruelty to Animals as well as the Nicolas Hulot Foundation as organizations the company worked particularly closely with; the guidelines list at least 10, some focused on specific species.

CIWF, in the executive summary of the guidelines, highlights the abattoir guidelines, for example, as a “major step forward.”

“What we tried also to do was really to identify the best practices,” noted Daveu, who added that some of these came from laws and regulations but also from various stakeholders in the field, including farmers. The company conducted pilot projects in 82 farms in 60 countries. 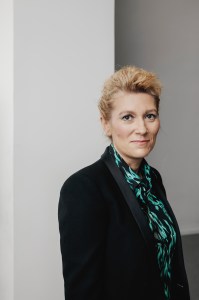 “Because, you know…you can have wonderful documents, wonderful things written, but if it’s not applicable, it changes nothing,” she said, noting the importance of feedback from farmers for evaluating what could be realistically put into practice.

Asked about the open-source approach, and making the guidelines public, Daveu noted that it was part of a larger ambition to affect practices across the industry, and perhaps in others as well.

“It’s the same approach for the other topics in sustainability, if you want to really change a paradigm, if you want really to say that on the ground things will change, you need to involve your peers…not only peers in our industry but also in other sectors like, to give you a concrete example, the food industry.

“When you have enough people around the world that are asking the same thing, of course you will be more powerful to change, really, the criteria,” she added.

Asked to outline the hardest part of the process of drawing up the guidelines, Daveu pointed to the gap between theory — ambition — and practice.

“I think the biggest challenge was balancing our vision of what we would like for animal welfare to be and the operational reality in the industry globally,” she said.

Traceability is another challenge, she added, noting that for all types of animal products, from wool to leather, it is important to know what kinds of farms they are coming from. Kering has begun to work with the food industry — a good amount of leather comes from animals raised for meat — but needs to work with actors in the sector all over the world, she added, noting obvious cultural differences with the luxury industry.

Engaging the consumer is another subject, even if an increasing number of people are becoming more aware of the issue and asking for more information about animal welfare.

“It’s not only happening in some countries, it’s really happening all over the world,” she said, noting the group has noticed an increasing number of people asking about these types of topics in its stores.

“It’s a profound change — not only a small trend,” she added, citing Gen Z and Millennials.

“It’s really an important subject, it’s really a subject where we said to ourselves that we can really make significant progress.”