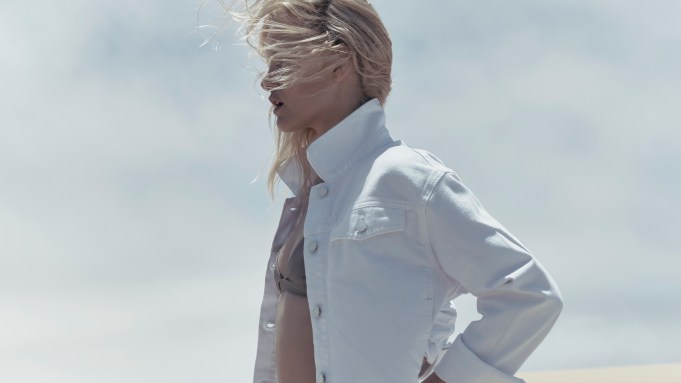 To buy an enjoyable experience or to buy some new clothes?

That appears to be the predicament consumers are facing in an economic recovery. To the chagrin of the fashion industry, a growing number of them seem to be prioritizing the former over the latter. As such, fashion brands find they, too, must combine both somehow to succeed.

At the 21 trade fairs set to open in Las Vegas today — including WWDMAGIC, Project, Stitch, Capsule and Liberty Fairs — exhibitors will stress the importance of face-to-face meetings with retailers to figure out how to attract customers to a shop floor and convince them to spend their money on a new frock or pair of shorts, rather than on a vacation getaway or gourmet cooking lessons.

With tens of thousands of people in attendance, designers also realize the advantage of introducing new businesses on such a large stage. Big Star plans to unveil a clean, modern look under new creative director David Lim. The Odells rework its best-selling dresses, tunics and harem pants to launch a kids’ line as well as a group of basics called Core Collection. Australia’s First Base heads to Las Vegas for the first time to wholesale the monochromatic activewear that it has been selling directly to consumers over the past year.

Designers and manufacturers have their work cut out for them, though. According to a recent report from Mintel, a London-based market research firm, consumers can’t shake a budget-conscious mind-set. When they do feel buoyed by an increase in discretionary income and growing confidence in their finances, they tend to spend on memorable experiences over tangible goods. As a result, they choose vacations, travel, leisure and entertainment over apparel and accessories.

To be sure, the total market for clothing, footwear and accessories eclipses the others. In the U.S., consumers spent $431.9 billion on those items last year, compared to $233 billion on vacations and $365.5 billion on leisure and entertainment, Mintel said. Fashion has seen decelerating growth over the last five years, and spending on vacations and leisure increased 3.9 percent and 2.8 percent, respectively, last year from the prior year.

Tommy Bahama follows a path of innovation toward a younger customer and a broader geographic reach. Following the introduction last spring of men’s shirts woven with 37.5 technology that enhances the body’s natural cooling, it integrated the active particles in shorts and knits for its spring collection. “It allows us to be competitive with the newer, younger brands,” said Peter Leff, Tommy Bahamas’ executive vice president of wholesale. Since a camp shirt featuring 37.5 technology retails for $10 more than a silk version, the Oxford Industries-owned subsidiary can continue its growth streak. In the fiscal year ended Jan. 30, 2016, it reported net sales of $658.5 million, up about 5 percent from $627.5 million. For women, who don’t seem particularly enamored with 37.5, Tommy Bahama is offering dresses, which make up 40 percent of its assortment. After halving the selection of floral prints and mixing in stripes, plaids and solid colors, it managed to expand into Chicago, Texas and New York from resort-heavy locales.

Dresses have proven reliable for other brands as well. So have bomber jackets, jumpsuits and cropped pants. That explains their strong presence in the spring sets from BB Dakota, Jack and Cupcakes & Cashmere. “The silhouette is not what’s new these days,” said Gloria Brandes, BB Dakota’s chief executive officer, who oversees all three lines. “It’s keeping great colors and prints.”

The spring palette is stepping into the sun. Michael Stars has a new fabric to appeal to men: a lightweight French terry with a faded look. GHSTS, which is relaunching as a men’s and women’s ready-to-wear line this fall, references the desert cacti from Palm Springs in shades of light pink, khaki and olive green. “It has a washed-out, organic feel to it,” said GHSTS founder Joey Keefer.

Daring design is paying off for some brands.

Expecting to increase sales for its eyewear by more than 65 percent this year, Oceanside, Calif.-based Raen is offering five new frames specifically for women and mixing materials such as Italian-made acetate frames with titanium arms and mirrored lenses in pricier styles. “It’s definitely more bold than the collections we’ve had in the past,” said Justin Heit, Raen’s cofounder and creative director.

AG picked up Intermix as a retailer last year when it had its design collaboration with Alexa Chung. While Chung’s tie-up ended after two collections, the Gap Inc.-owned specialty chain keeps buying the main line, which is promoting higher rises, straight legs and rigid denim in its women’s collection for next spring. This year’s sales are tracking the same as last year, which “was the strongest year in the brand’s history,” said Johnathan Crocker, AG’s vice president of global communications. AG’s annual revenue tops $200 million.

One trend that AG wishes would disappear is the placement of late orders by retailers. “In the past few years, it’s gotten worse,” said Sam Ku, AG’s president and creative director. “In terms of buyers holding onto their dollars longer and placing orders later, it’s not a good trend for anybody. It’s a not a good thing for the retailer, for the brand or our vendors. It’s a lot of added pressure. I would love for that trend to move in the opposite direction. I don’t know if that’s any time soon.”

At any rate, designers acknowledge that they must work with retailers as partners to improve the shopping experience, whether it’s through sponsoring in-store shops, holding trunk shows or teaching sales staff about each product.

Next spring, Michael Stars aims to add at least 15 in-store shops to the five it currently has. “Commercial real estate is getting really expensive. It’s hard for brands to keep their own stores,” said Suzanne Lerner, cofounder of the Hawthorne, Calif.-based company.

“Personable experience” is how Jason O’Dell summed up what consumers seek at retail, stressing the smaller environment and more personalized service. O’Dell, who cofounded The Odells with his wife, Laura, has a unique perspective. The couple also runs a multibrand specialty store for men and women in Los Angeles called Bucks & Does. “I do see them wanting the boutique experience,” he said. The approach seems to be working for him: Bucks & Does, he said, is beating last year’s sales figures on a monthly basis.