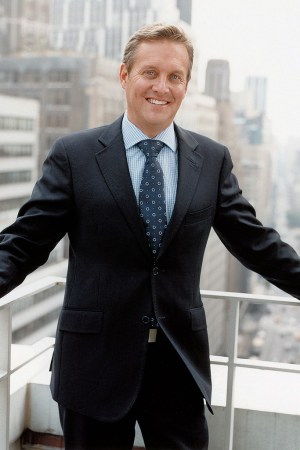 Afterpay Teams Up with IMG as Multi-Year Presenting Partner of NYFW: The Shows

Marco Bizzarri on Next Chapter of Gucci

NEW YORK — Investors looked past higher second-quarter losses at Liz Claiborne Inc. and took better-than-expected revenues and the firm’s inclination to divest businesses as a sign of better days ahead, driving the stock up Thursday by 15.2 percent.

William L. McComb, chief executive officer, confirmed to analysts on a conference call that the company was trying to sell a majority stake in its loss-leading Mexx division to a financial investor. The firm also plans to close 100 to 110 money-losing Mexx stores by mid-2012.

McComb said the company has been “actively accessing and considering the optionality within our partnered brand segment” and has “several irons in the fire.” The partnered brands division includes the Liz Claiborne licensed business, Monet, Dana Buchman and other brands.

Analysts have been pushing the company to sell off businesses to pay down debt and focus on its direct brands division, which includes Juicy Couture, Kate Spade and Lucky Brand. Shares of Claiborne gained 83 cents to close at $6.29. The 15.2 percent increase in the share price was the largest since Claiborne’s stock shot up 31 percent on Oct. 8, 2009, the day the firm disclosed its plans for J.C. Penney Co. Inc. to carry the Liz Claiborne line exclusively.

“We saw [comparable sales] trends across the direct brands that were in line with or even better than our projections,” McComb said.

“Kate Spade continues to outperform its competition, Lucky Brand is truly turning around, posting strong traffic gains and growth in virtually every product category,” McComb said. “The creative direction at Juicy Couture is now well on track, foreshadowing an expected improved trend in the fourth quarter, and a return to positive comp growth in 2012. Our focus on international expansion is in full force at both Kate Spade and Juicy Couture.”

Net losses attributable to the firm widened to $89.9 million, or 95 cents a share, from $86.8 million, or 92 cents, a year earlier. Excluding impairment charges and other items, Claiborne reported a loss from continuing operations of 34 cents a share.

Although it’s not clear just what will happen with some of the peripheral brands, Marie Driscoll, an equity analyst at Standard & Poor’s, said the company has shown it’s willing to adjust as needed.

“Management has shown a degree of flexibility in terms of how to go forward and provide the best return to shareholders,” Driscoll said, noting the contrast with lawmakers as they negotiate an increase to the debt ceiling. “They’re doing more of what you’d like to see in Washington, there’s a little bit of compromise. It’s not all about what you want to do. They didn’t tell us what the options are…but their comments suggest that they’re thinking about a lot of different things.”