Look in your makeup bag. Chances are, a lot of the products in there came from this northern Italian region. 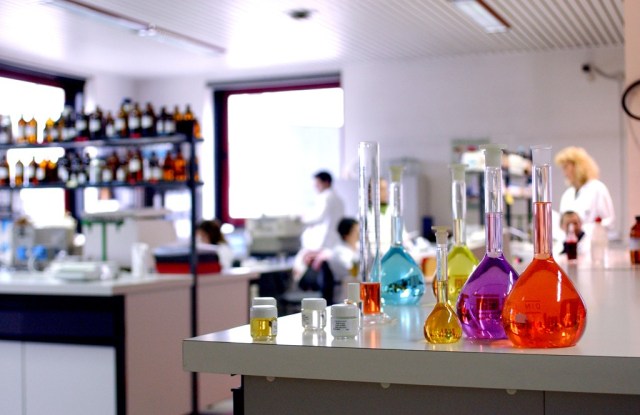 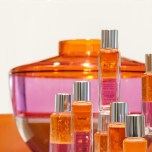 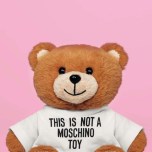 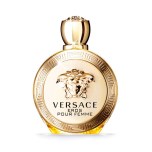 Visitors to this northern Italian city might not immediately realize it, but they’re at the heart of the beauty business.

Whereas certain cities and districts in the fashion and textile sectors are known for their hosiery, denim cloth or woolens, throughout Italy beauty companies produce all sorts of cosmetics and fragrances. What’s remarkable is the abundance of these businesses up north: Of Italy’s 35,000 people directly employed in the cosmetics industry, 18,000 work in Lombardy.

The region’s citizens spend more money on cosmetics than other Italians, too: whereas in 2014, the average Italian spent 150 euros ($199) on beauty products, the average Lombardy resident spent 195 euros ($259.)

“Lombardy is a region that has always represented the highest concentration of our country’s GDP — it’s no coincidence that Milan is the economic capital and Rome is the political capital,” said Cosmetica Italia president Fabio Rossello. He noted that together with other northern Italian cities, such as Turin and Genoa, Milan has long been an industrial hub, “a kind of Italian London” that is business-savvy and more cosmopolitan than other parts of the country.

Still, Rossello acknowledged that many people more readily associate Italy with wine and beautiful shoes than with cosmetics, and Milan is famous as a fashion, rather than beauty, capital.

“I believe that cosmetics companies here have focused more on doing than promoting,” he said.
This year, with Milan hosting the World Exposition from May 1 to Oct. 31 and more than 20 million people expected to flock to the city, the local cosmetics industry hopes to change that perception. Cosmetica Italia has teamed up with BolognaFiere, the parent company of trade show Cosmoprof, as official partner of the Expo Biodiversity Park and Organic and Natural Pavilion.

“We will be using this as one of several ‘trampolines’ to make this sector better known, as it deserves to be, in Italy itself, as well as abroad.…If we are able to produce so many things here, it’s because we’re able to combine great quality with creative ability” and artistic passion, Rossello said.

Renato Ancorotti, founder and president of Ancorotti Cosmetics, said that while Italy’s makeup supply chain flies under the radar of many consumers, the country’s high-quality, innovative products have no trouble attracting top brands as customers.

“I would like our region to recognize the cosmetics industry’s contribution to the economy and to the job market a little more,” he said, adding that local universities should tailor more business-related courses, so students interested in the beauty industry are better equipped to start their careers.

Ancorotti Cosmetics, founded in 2009, is considered an expert on mascara, producing 14 percent of the world’s billion pieces sold annually. That’s no small feat, considering about half of the total is manufactured in-house by brands. The firm employs 130 people directly, and derives 85 percent of its turnover from exports, with France, other European Union countries and the U.S. among top markets.

Ancorotti credited powerhouse Intercos, founded in 1972 by Dario Ferrari, with cementing Lombardy’s role as a beauty mecca in the Eighties. That firm, known for its high-tech and stylish lipstick, eye shadow, mascara, foundation, powder, pencils, nail polish and skin-care products, closed 2014 with gross sales of 354 million euros, or $470 million at average exchange, 54 percent of which was tied to its Italian production sites. Last December, Intercos inked a deal with American private equity firm Catterton, which acquired a 43 percent stake in the cosmetics supplier just over two months after it canceled a planned stock exchange debut.

A spokeswoman said that Intercos employs 3,420 people worldwide, 1,080 of whom work in Lombardy, where the firm is headquartered. Intercos has branches around the world, including in China, the U.S., Switzerland, the Netherlands and Brazil.

“We have a high concentration of small businesses, specialized in niche categories and not very outwardly visible. The big multinationals aren’t here. When people think of cosmetics, they usually think of the big French and American brands,” Franchina said.

Framesi turns 70 this year. It employs an estimated 220 people directly and indirectly. The company counts 10 production plants and serves 45,000 clients internationally; 70 percent of its consolidated turnover is from exports.

Alessandro Palmitano, development and quality control manager at Milanese cosmetics and skin-care brand Collistar, said Lombardy is dense with manufacturing companies that invest heavily in research and development, and have patented technologies.

“It’s important to note that Italy stands out for its strong push on innovation, which suppliers invest in — and their export figures are extremely high,” he said. “Suppliers…since they aren’t brands, don’t communicate what they do and how they do it: This leads to a misconception that their role doesn’t add value.

“Most of our suppliers are from Lombardy, specifically from around Milan and Brescia, as are warehouse employees and a large number of staff at Collistar’s headquarters, as well as various sales agents,” Palmitano added.

Fragrance is another Lombard specialty, with two major perfume producers just outside Milan: ICR-ITF, based in Lodi, and Euroitalia, located in Cavenago di Brianza.

Milan’s international renown in the fashion industry, combined with the city’s industrial heritage, facilitated the growth of the local fragrance sector, said Roberto Martone, president and chief executive officer of ICR and vice president of distribution arm ITF. The firm makes and distributes fragrances for Dsquared2, Pomellato, Blumarine and Trussardi.

He said about 70 people work for ITF, 550 at ICR and another 100 indirectly for both. “The majority are women from Lodi. Originally, the factory was in Milan, and about 80 people worked there, then the move increased development around Lodi,” Martone explained.

Giovanni Sgariboldi, president of Euroitalia, said his firm employs about 50 people directly. “Many are from the province of Milan, and we work with a lot of companies in Brianza [a half-hour drive north of Milan],” he said.

Euroitalia holds the licenses for Versace, Moschino and John Richmond fragrances, and it also produces makeup for Naj-Oleari. Exports account for 92 percent of Euroitalia’s turnover.