British brands of all sizes are suffering from shrinking sales, desolate shop floors and a lack of international tourists. Restructuring is proving painful, but they're pressing ahead.

The Burberry store in Shenzhen, China.

LONDON — Usually, at this time of year, Emma Davidson of the luxury fashion recruitment firm Denza would be looking to fill 50 jobs on behalf of her corporate clients.

Right now, she’s looking to fill exactly 11 posts, and is inundated with CVs from prospective candidates, who are willing to drop down the management ladder, take a pay cut, and relocate if it means finding work. She said they’re no longer as picky as they were in January.

As soon as COVID-19 began sweeping across Asia, and later into Europe and North America, companies first put the brakes on recruitment, then they sent workers home. With stores shut for months during lockdown, shoppers wary of spending, and the future uncertain, these companies are now shedding jobs.

“Everybody is streamlining, and headcount is the one place where companies can save money quickly. There are a lot of unemployed designers, product developers and atelier staff out there. It’s heartbreaking to see the numbers of people out of work,” said Davidson, who is Denza’s managing director, in an interview.

Joanne Yulan Jong, founder of the strategic fashion consultancy Yulan, said that right now “there is pain on every level, from the top down.”

She said her wish is that this current cull of creative and commercial roles won’t have a long-term impact on the fashion business. “I hope we don’t lose all the expertise, the people who’ve been in this business for 20 or 25 years,” Jong said.

London-based companies of all shapes and sizes have been ravaged by the coronavirus: In the last month alone, brands including Burberry, Mulberry, Stella McCartney, Victoria Beckham and Christopher Kane have all set plans to restructure, and lay off staff. 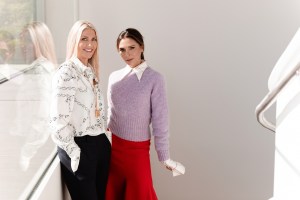 Kane said that “as a business, COVID-19 has had material impact on both our retail and wholesale channels. We are still adapting, and like many other companies have had to make redundancies across all departments to reduce costs.”

Pringle shut down in April, while Peter Pilotto and Henry Holland both decided to step away from their businesses just before the pandemic struck the U.K.

Roland Mouret remains open, and is currently looking for outside investment, up to 50 percent of the business.

The brands aren’t the only ones in trouble: Shortly after they reopened their doors on June 15, the big fashion and luxury retailers Harrods and Selfridges said they would slash 14 percent of their respective workforces, while Harvey Nichols also revealed plans to cut jobs.

In early August, Thomas Pink, the high-end shirt maker owned by LVMH Moët Hennessy Louis Vuitton, said it would close its Jermyn Street St. James’s store as it pivots the business to online. 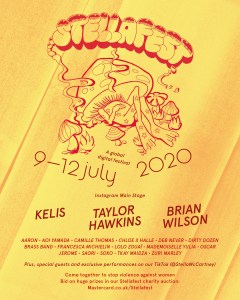 The U.K.’s Centre for Retail Research expects 20,620 stores to be closed this year, 27 percent more than in 2019, while job losses caused by a combination of store closures and businesses slimming down their workforces should total 235,704, 61.5 percent higher than last year.

In a letter to staff outlining the layoffs, Selfridges group managing director Anne Pitcher said recovery from the pandemic would be slow, with sales this year forecast to be “significantly less” than in 2019.

“It will, without doubt, be the toughest year we have experienced in our recent history,” Pitcher said.

A few weeks earlier, Michael Ward, managing director of Harrods, had said it would take “time and a drastic improvement in external conditions” for the store to recover and return to growth.

Social distancing measures, he added, are having a “huge impact” on Harrods’ ability to trade, “while the devastation in international travel has meant we have lost key customers. This recovery will take longer than any of us would like.”

As bleak as this moment may be, some companies are bearing down and attempting to grow business at home and abroad, even as managers take pay cuts or renounce their packets altogether — at least until business improves.

Burberry plans to shed 500 jobs and make other savings, but it’s still gone ahead and opened a new-concept store in Shenzhen, China, with Tencent as the digital partner. In late June, Kane debuted a bridal collection at his Mount Street store, with gowns, tuxedos — and hoodies — for pre- and post-wedding events, while Harrods opened its first outlet at Westfield, to carry sale items.

Beckham plans to make fewer collections, and is laying off about 20 staff members, but that didn’t delay her from debuting Victoria Beckham Beauty in China on Alibaba’s Tmall Global. Beckham herself led the marketing efforts via a livestream Q&A session with Viya, one of China’s biggest influencers. The event generated more than 1 million renminbi, or $143,000, of sales in five minutes, according to the company.

McCartney may be restructuring her business, and not taking a paycheck, but that didn’t stop her from sticking to her one of her core messages, female empowerment.

In July she organized a debut digital festival, Stellafest, aimed at raising money to help end violence against women. The festival, where the likes of Taylor Hawkins, Brian Wilson, Kelis, Zuri Marley and Mademoiselle Yulia performed, was accompanied by a charity auction in aid of the National Network to End Domestic Violence. 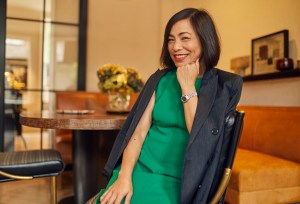 Burberry, Kane, Beckham and McCartney are four of London fashion’s biggest names, but many in the industry would argue that it doesn’t take multimillions of pounds, or a well-known brand name, to find opportunities for growth — and creation — in times like these.

Designers and managers just need to get real.

“We haven’t seen the worst, or how COVID-19 will impact employment, and no one has a view on where this will end,” said Christopher Suarez, a fashion entrepreneur and brand manager who most recently cofounded the London-based clothing label Ssōne with the designer Caroline Smithson.

He believes the way forward for smaller brands in particular is to dial back business, get rid of expensive factories and start thinking about letting others carry the costs through licensing and franchise deals.

As a small business, he said, “you don’t have to own everything, you don’t have to go up against Amazon. Work on building your brand equity, take the business forward with partners — and then you can always buy it back.”

To wit, Stella McCartney’s company, which counts LVMH, said that as part of the firm’s restructuring, it planned to turn some of its stores into franchises, or shut them and strike new wholesale partnerships instead.

Suarez argues that, in the past, some small businesses made the mistake of scaling too quickly, obsessing over growth, living beyond their means, and thinking that if Prada or Gucci were doing something, they should be doing it, too.

As these smaller businesses attempt to restructure in a post-COVID-19 environment, he said they need to be resourceful and ask simple questions, such as: How do we get our creative ideas into the hands of the consumer? 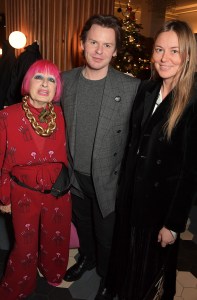 He believes that now is the time to be thinking about “de-growth” and rebuilding, a moment for managers to step up, and work with creatives to breathe new life into businesses.

Jong of Yulan Creative believes that in an unusually brutal environment such as this, brands need to go back to basics, focus on their “bread-and-butter” items, and “hit the market where it needs you most.”

Businesses, she said, need to be data-driven, digitally minded and reliant on their specific and unique DNA, while designers need to think of themselves as “product people. Because that is what a business is based on — delivering and selling product.”

Davidson of the luxury recruitment firm Denza said that while it may be hard to map a way out of this particular crisis, it will end, and business will bounce back.

She said she witnessed the same panic in 2008, when the financial crisis struck. “Floods of people were being made redundant. Their e-mails looked exactly the same as now. Bu this can’t go on forever. Like flares, business has got to come back.”