As they seek expansion in new markets, designers are shuffling their eyewear licenses to find a strong match. 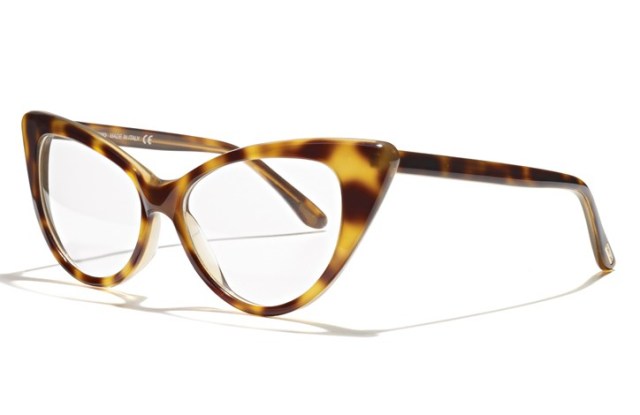 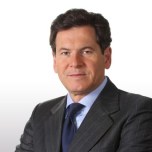 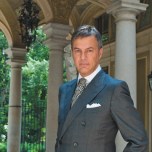 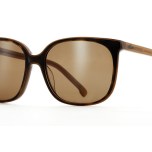 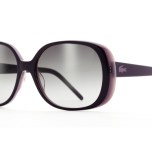 As luxury brands turn to emerging markets to boost their bottom lines, they see eyewear as a viable — and quick — way to reach aspirational new customers.

“The more the new economies are growing, the more it becomes a must to offer access to eyewear in China, India, Brazil, Mexico, countries where half of the population had no access to eyewear,” said Claudio Gottardi, president and ceo of Marchon Eyewear Inc. “They want designer branded products and in 10 years, there will be up to one billion wearers. The market will explode.”

To tap into this potential, over the past year or so, there’s been a flurry of new licensing agreements between designer houses and top eyewear producers, including Carolina Herrera and Lanvin with Italy’s De Rigo Vision SpA. And some brands are severing long-standing ties with their production partners in favor of new deals.

Valentino SpA in June signed a licensing agreement with Marchon for the production and distribution of its eyewear, terminating its 13-year pact with Safilo Group.

The five-year deal is effective Jan. 1, with the first collection of sunglasses and prescription frames slated to bow that month.

Prompting the decision, Stefano Sassi, chief executive officer of Valentino, said Marchon “is a relevant and committed reality in this sector with a strong presence in the U.S. and in Europe, which are also key markets for Valentino.”

Also last month, Salvatore Ferragamo signed with Marchon for the production and global distribution of sunglasses and prescription eyewear. The first collection will be available in Ferragamo boutiques, department and specialty stores and select optical shops starting in January. Marchon succeeds Luxottica Group, whose license with Ferragamo expires at the end of the year.

The five-year license between Ferragamo and Marchon, with an option to renew for five more years, aims to further expand international penetration of the line. New York-based Marchon is one of the world’s largest eyewear makers, whose licensors include Calvin Klein, Diane von Furstenberg, Emilio Pucci, Fendi, Jil Sander, Karl Lagerfeld, Michael Kors and Nike. It operates in more than 100 countries.

In September, Marchon inked a deal with Lacoste, whose eyewear was previously produced by Charmant, since 2006.

However, Gottardi said this musical chairs of sorts “is all perfectly normal. Companies grow, there are different priorities. Sometimes, it also depends into what market the brand plans to expand.” After securing new investors two-and-a-half years ago, the executive said Marchon is growing quickly and across most international markets, thus “attracting designer brands that want to be more international.”

But, as one license goes, another comes. Luxottica in October picked up the eyewear license for Coach, held by Marchon since 2002. Luxottica’s designs for Coach will launch in 2012. Luxottica ceo Andrea Guerra said at the time that Coach’s position in the U.S. market was attractive to Luxottica. “The U.S. luxury eyewear market is still quite small…[Coach] knows consumers in the U.S. and knows how to be appealing…we think that this market can be much bigger.”

The multiyear deal, which includes renewal options, will result in four annual collections produced under the Coach, Coach Poppy and Reed Krakoff labels. The frames will retail in 3,000 stores in the U.S. and 1,500 additional doors worldwide, including Coach boutiques and Luxottica units such as Sunglass Hut, Ilori and LensCrafters.

In July 2010, Diesel announced it was leaving Safilo after 16 years to partner with Marcolin, which, in 2010, also secured the Swarovski license.

Safilo’s stable of designer brands includes Giorgio Armani, Gucci and Bottega Veneta, and other PPR labels including Balenciaga, Yves Saint Laurent and Alexander McQueen, which it renewed last month until 2015, as well as Dior, Max Mara and Tommy Hilfiger. Next month, Safilo and Gucci will introduce four eyewear styles made from eco-sustainable materials. “Our unique brand portfolio, enriched by the new January 2011 collections, was the engine behind the new business opportunities that we tackled to continue to stretch our reach and presence in the marketplace,” said Safilo ceo Roberto Vedovotto, as the first quarter showed a gain in net profits and sales.

The group underlined the contribution of mounting demand for medium- to high-end sunglasses in areas such as Asia and the Americas to the group’s core business, citing particular growth potential in China and Korea.

As the style and licensing director of his family’s $274 million business, Maurizio Marcolin has rounded up a diverse portfolio of brands and drawn five new licenses in less than two years. The executive knows just how important it is to establish a diversified portfolio and not rely on one major brand. In 2004, Marcolin lost the Dolce & Gabbana license to Luxottica, but gradually recovered by building a top stable of labels that today includes Tom Ford, Dsquared2, Roberto Cavalli, Ferrari, Tod’s, Hogan, John Galliano and Kenneth Cole.

“The goal became to create a diversified portfolio because we didn’t want to put all our eggs in one basket anymore,” noted Marcolin. “To keep a balance, today no brand should surpass a 20 to 30 percent share of sales.”