Luxe Labels Raise the Bar on Quality in Men’s Wear

Luxury labels, battling the recession, focus on craftsmanship as a way of highlighting their unique products. 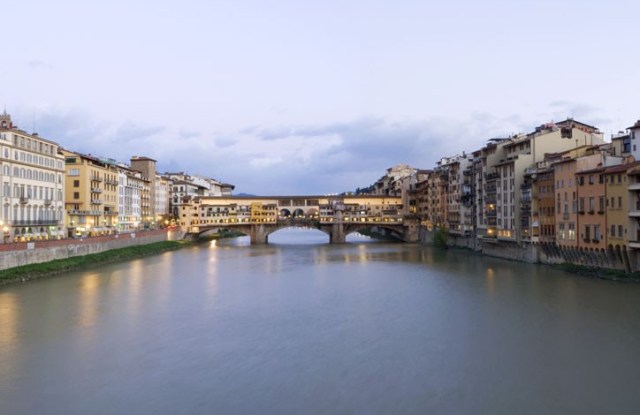 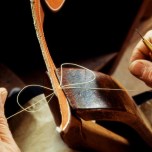 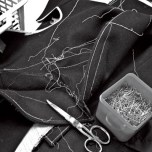 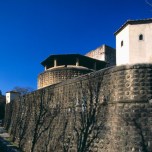 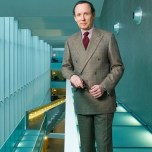 PARIS — If luxury goods were distinguished by price prior to the recession, they will be defined by quality after it is over, according to senior executives at leading European luxury goods firms who are gearing up for the new men’s wear season.

The new reality is that consumers want value for their money and are turning to brands they can trust. This means an even greater attention to detail, a focus on craftsmanship and, in the short term at least, a new way of communicating that will reinforce a brand’s savoir faire credentials.

“The luxury consumer has always been, by definition, a client who is attentive and demanding when it comes to buying a product,” said Cristiana Ruella, group managing director and board member of Dolce & Gabbana. “They are even more so today and, different from the past, they are much more informed and sensitive to the relationship between quality and price.”

“We have to do everything to maintain that relationship of trust with the consumer,” Giorgio Armani SpA deputy chairman John Hooks said.

While cost-cutting has been high on the agenda, the premium on quality has meant that chief executives and their management teams have had to look elsewhere to eke out efficiencies, such as reducing inventories, communications budgets and employee travel and expenses, executives said.

“In the current market situation, it is fundamental to maintain the products’ quality level,” Prada Group ceo Patrizio Bertelli said. “It would therefore be a mistake to [achieve] savings by cutting costs on materials and manufacturing quality.”

Ermenegildo Zegna ceo Gildo Zegna said the challenge for industry leaders at the dawn of a new decade is to maintain high standards from fiber to finished article.

“Quality is a given for today’s consumers of top luxury brands,” he said. “We strive to be at the forefront of quality not just in the product, but also in our mills and in the traceability of our garments in an effort to improve our natural and social environment.”

Sales at the Trivero, Italy-based company, which this year celebrates its centennial, should grow by single digits in 2010, driven by consumer confidence and “appreciation for real value,” according to Zegna.

Vertical integration, a hallmark of leading Italian firms such as Armani, Dolce & Gabbana, Prada and Zegna, helps support this.

“The choice of vertical integration assures the protection of the entire chain, from the creative moment until the final sale,” Ruella said. “This is a requisite for improving potential in all categories of merchandise, as well as a premise for taking the lead in the market. As such, Dolce has implemented a strategy which progressively internalized the core business [and allowed the group] to manage all of the product lines for both brands directly.” This excludes fragrances, makeup, eyewear and watches, which are licensed.

Domenico Dolce and Stefano Gabbana terminated their 12-year license for D&G with Italy’s IT Holding SpA in order to take production in-house in 2005. Among plans for 2010, Dolce & Gabbana plans to open 11 fully owned stores, five of which will be D&G units.

Hooks agreed: “[Vertical integration] enables us to be able to guarantee a constant and reliable supply to our customers in a time when many manufacturers are having difficulties in financing and completing orders.”

Hooks added that Armani, which manufactures the majority of its Giorgio Armani label through 13 directly owned factories in Italy, plans to open 40 stores around the world in 2010, mainly in China, India and Vietnam, as well as in Italy, Germany, the U.K. and North America.

To further integrate their operations, some firms are also looking to beef up their production — particularly for accessories — and are eyeing acquisitions.

Giorgio Armani said it recently made manufacturing acquisitions in Italy primarily for accessories, which it is hoping to consolidate in 2010. Louis Vuitton recently opened a shoe factory in Veneto, at Fiesso d’Artico.

Brioni ceo Andrea Perrone said the label was in the “process of evaluating different opportunities particularly for the development of the accessories.”

Dior’s Toledano said: “We must, by all means possible, protect the quality of

production and thus, if necessary, integrate it.”

Christian Dior boasts two fully owned production units for its footwear and one for handbags and also has a working atelier in the center of Paris on Rue François Premier for its men’s wear.

“[This was] our main strategy to safeguard product quality,” Barrett said. “It was a huge step for us, but essential, to be in a strong position to ride out this crisis with fantastic quality, and to guarantee continued quality in the future.”

Umberto Angeloni, co-owner of Caruso, which manufactures men’s formalwear for such brands as Dior Homme, Lanvin and Ralph Lauren as well as its own Caruso label, agreed: “Brands are getting polarized into fewer suppliers,” he said.

That being the case, firms like Caruso are extending their services to include the actual sourcing of fabrics, in-house creative teams, office space and even production of women’s wear. “We are a full-service entity where brands have nothing to worry about,” Angeloni said. Caruso, which manufactured men’s wear for 11 labels in 2008, increased its client portfolio to 17 brands at the close of 2009.

Thierry Andretta, executive vice president for Lanvin, which manufactures 99 percent of its men’s collection in Italy, said the label’s volumes were “too small” to consider taking production in-house and “the cachet of Made in France for men” had less luster.

“It’s not logical for the French houses. No [French firm] is totally integrated. Italians are more volume focused,” Andretta said.

He added that Lanvin, which expects double-digit growth in 2010, planned to move its men’s wear further upscale and would bolster its tailored offering despite the difficulties the category is facing.

“We are going even more upscale with our men’s wear. We continue to focus on sportswear, because it is a very strong trend, however, this season we are putting the accent on our custom-made suits and made-to-measure,” Andretta said.

To that end, later this month, Lanvin will host its first made-to-measure trunk shows — in Shanghai and Singapore — and will debut a new high-end “custom-made” suit offering, which takes inspiration from Neapolitan tailoring.

“It will be very exclusive made-to-measure trunk shows, starting first with our own retail network and followed by our prestigious partners,” Andretta said, adding he is negotiating with Bergdorf Goodman for a third event in New York, where it will also open its first corner “in the middle of the year.” Lanvin also plans to open a new men’s and women’s store in Las Vegas’ CityCenter complex, which will bow in February, followed by shop-in-shops in Munich, Harrods in London and Hong Kong’s Pacific Place.

Meanwhile, Hermès, which will unveil its first men’s only store at 690 Madison Avenue in Manhattan on Feb. 9, is also bolstering made-to-measure.

“In today’s economy, customers who want to spend money are even more sensitive to apparel, which is made specifically for them,” said Guillaume de Seynes, executive vice president of Hermès. “In an economic downturn, one must seduce the consumer with an exceptional product.”

He added: “Men’s wear is a growing category, in constant figures, and today represents around the same turnover as women’s.”

Meanwhile, Jean Paul Gaultier, who designs Hermès’ women’s wear, plans to beef up the men’s wear offering for its own label. The company terminated its men’s wear license last year in order to bring the category in-house.

“This fall’s men’s season is a major one for us, as it is our first new line managed internally [creation, product development and choice of producers],” said Véronique Gautier, president of Jean Paul Gaultier.

“The crisis has broken the routine for all of us and put the emphasis on the wrong habits of the industry. The right challenge is not to rush for low prices, but for real prices,” she added.

Increased demand at the top end has even required the fashion wheels to slow in order to guarantee flawless quality and durability.

“Paradoxically, over the last few seasons, the time required to produce a suit has increased as lighter and more delicate weaves are more in demand and the workmanship involved to safeguard standards is quite complicated,” said Brioni’s Perrone, who added that Brioni’s production is 100 percent Italian.

Brioni, which celebrates its 65th anniversary this year, will open stores in Beijing; Cheng Du in Mexico City, and Düsseldorf in 2010. Men’s wear counts for 90 percent of Brioni’s sales.

Corneliani sales and strategic marketing director Maurizio Corneliani, added: “High quality results in more wear of the same product. This is key to consumers today. The cycles don’t move as fast as the women’s market and we pay close attention to this in order to ensure customer loyalty.”

Corneliani will stage its first runway show at the men’s trade show Pitti Immagine Uomo, which begins its three-day run on Jan. 12, as the expo throws the spotlight on the sartorial virtues of Made in Italy products.

Tailored brands like Brioni, Corneliani, Isaia and Zegna agreed that while formal looks have been hit hard, sportswear is still a growing category.

“The formal suit is our core business, but leisurewear is growing in importance in line with demand from clients who choose Brioni not only for business, but also for more casual occasions and for free time,” Perrone said.

“Luxury casualwear is still strong, as is made-to-measure,” said Maurizio Corneliani. “Tailored brands today are proving their production savoir faire across all categories.”

However, some executives urged that quality products do not necessarily have to come with an expensive price tag.

“It is possible, though, to make quality products at limited costs: in fact, this represents a very stimulating and highly topical creative challenge,” noted Bertelli.

While “Made in Italy” continues to trigger an instant stamp of approval, industry leaders agree that an item’s provenance may not be key for all consumers since manufacturing in emerging markets is garnering a better reputation.

“I produce 80 percent of my collections in Italy. Where China has risen to the quality level of Italy — for instance, in knitwear or puffer jackets — I am proud to put my label on the garments. The key aim is always quality and value for money,” said Barrett.

In fact, while labels continue to promote the Made in Italy stamp, many agreed that Made in China, especially for secondary and more accessible lines, actually helps to safeguard quality.

“None of our cost-cutting initiatives have ever been made by sacrificing quality. In many cases — but only for those lines in more accessible segments of the market — we have moved production to Asia precisely so that we can maintain or improve the materials used without exceeding our pricing targets,” said Hooks.

According to executives, manpower also plays a crucial role in top-end production.

“Employees go through a rigorous training manufacturing phase rotation. Our master tailor, product quality manager and top model makers are constantly involved in supporting the manufacturing process and training our people. We have made significant steps forward in consistent output quality. The answer in our sector is training supervision and structured performance program,” said Gianluca Isaia, who added he expects men will spend less on tailored clothing in 2010, but will not trade down.

Whatever the strategy, executives agreed that it comes at a cost, which is reflected in the price, which is what truly defines luxury in the first place.

“As my grandfather Robert Dumas, former president of Hermès would say: ‘Hermès products are not expensive, they are costly,’ in other words, behind the price there is a cost, and this philosophy we continue to apply today,” offered de Seynes.