A survey has revealed that customers want highly curated product rather than a lot of talk.

LONDON — Show me the product.

That’s just how Mytheresa’s customers in the U.S., Europe and Asia responded when the site polled them about luxury fashion, trends, their online purchasing behavior, favorite e-commerce sites, and spending habits as part of a survey to understand who is buying online, what she is looking for and how she views Mytheresa.

The Munich-based site’s customers also expressed a preference for shopping on their mobile phones, a lack of interest in lifestyle editorial and magazine-style narratives, and a desire for well-curated selections of product.

The results of the survey, carried out on 4,099 female consumers in three key geographic areas of Korea, Germany and the U.S., defy some generally accepted beliefs about online retail: That shoppers love a narrative, that lush fashion shoots are a strong selling point and that “experiential” shopping is the be-all and end-all.

“We’re talking about a woman who’s making an order from the back of a taxi during a 15-minute ride between appointments in New York, a woman who’s on her mobile phone in an airport lounge, one who’s up at 6 a.m. doing yoga, and who’s in the office until 8 p.m. We look after busy women, and convenience is a big driver in how she shops,” said Michael Kliger, chief executive officer and president of Mytheresa.com, in an exclusive interview about the survey results. 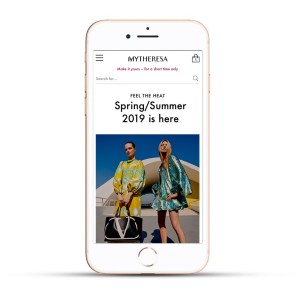 Kliger said the site’s customers are educated, professional, career-driven women buying things for themselves, and they want to see a curated selection of products quickly. They have little time on their hands and don’t want to browse endless pages of product or know the latest place to have a summer cocktail.

“The very informed shopper drives this business, and she’s not coming to us for editorial. She wants to know about the best new bags — not the colors of the season. She doesn’t want a catalogue, but a pre-selection of merchandise that she likes. We can inspire her — and we’ll continue to do our 15-second videos and special trunk shows — but we have to keep in mind that she’s on a mission,” said Kliger, adding that they also like chatting via WhatsApp with the site’s VIP personal shoppers and using Mytheresa’s mobile app. 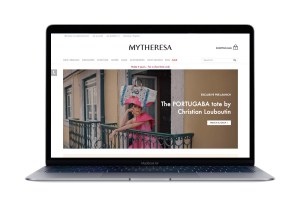 The third group was the golden one for Mytheresa — women who spend an average of 17,000 euros per year on fashion, with about 10,400 euros of that splashed on luxury. All of the customers expressed a preference for spending at online multibrand stores, compared with online shopping platforms or brands’ mono-brand shops.

The big spenders splashed more than two-and-a-half times that of the other customers, and were also the group that expressed the most willingness to increase their spending on the site in the future.

These women represent 33 percent of the Mytheresa customer base, spend more than 23,000 euros on luxury fashion and the overwhelming majority said they were likely to spend more with Mytheresa in the future.

He added that the results of the survey reinforce — and will add dimension — to Mytheresa’s strategies going forward. Given the trends revealed by the survey, and the appetite of the big spenders to splash more on luxury goods, Mytheresa will continue to put a focus on mobile first, and on the high-end megabrands.

“We won’t be introducing more and more brands. Instead, we will be focusing more on the high-end, and true luxury. My business is with these rich women,” Kliger said. Asked where that left emerging or independent designers and smaller, contemporary brands with lower price points, Kliger acknowledged there was a place for them, too.

Just not a big one.

“Our customer is excited about cool product, and we need to introduce new brands to them. It’s the bulk of the business that’s in the high end,” he said.

For the nine months ended March 31, Mytheresa had $311.5 million in sales and $17.4 million in operating earnings before interest, taxes, depreciation and amortization, or EBITDA. The bulk of that business comes from Europe, which represents 60 percent and Mytheresa’s native Germany, the biggest market. Asia generates 25 percent of business, while the Middle East and the U.S. kick in a combined 15 percent.

In fiscal 2018, which ended last June, the company notched 303 million euros in revenues, compared with 245 million euros in the previous year. There is more growth to come as the company plans to expand: As reported last month, Mytheresa plans to add men’s wear to its offer and has brought Sneakerboy founder Chris Kyvetos on board to be its new buying director of men’s wear.

Kliger also pointed out that the customers surveyed are actively shopping with competitors. “No one owns a customer, what we own — and fight for — is share of wallet. You are very successful if she starts her search on your site.”

That fight for market share is sure to intensify as the big players bulk up, build scale and prepare for double-digit growth in online luxury consumption. In addition, the business of selling luxury goods online has become an interconnected web, with platforms forging alliances and brand owners jumping in, so as not to get lost in the mix.

In 2017, Apax Partners bought Matchesfashion.com, valuing the company at $1 billion, while last year, Compagnie Financière Richemont bought the rest of Yoox Net-a-porter it did not already own in a deal valuing that platform at 5.3 billion euros. In October, Richemont also inked a joint venture deal with Alibaba aimed at Chinese consumers.

Last September, luxury fashion platform Farfetch delivered a blockbuster initial public offering, with Artémis, the investment arm of France’s Pinault family, among the first institutional investors to declare its interest, purchasing up to $50 million worth of the company’s Class A shares.

One of the first things Farfetch founder and owner José Neves said on the day of the IPO was that 25 percent of luxury sales are expected to happen online in the next 10 years.

Those macro trends may well give a boost to Mytheresa, which could be sold by its parent Neiman Marcus Group as the department store giant focuses on restructuring its debts and cultivating its core businesses.

As reported Tuesday, Neiman’s has begun exploring and evaluating “strategic alternatives” for the luxury site it purchased more than four years ago, but said no decision has been made to pursue any specific transaction or other strategic alternative.

Mytheresa has declined to comment on a potential sale, but the robust market dynamics, as well as those cash-rich, time-poor clients, should boost the e-tailer’s appeal if and when it comes to market.