The slowdown in China as well as persistent economic volatility in Europe continued to penalize the world’s top brands in the second quarter.

By Samantha Conti and Joelle Diderich on July 25, 2013
View Slideshow 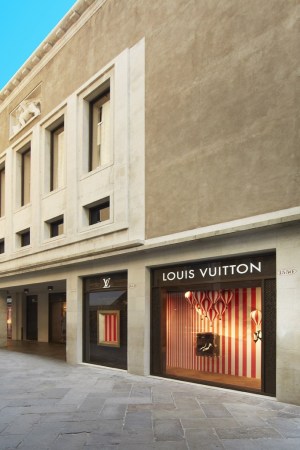 Tracking Fashion’s Diversity: What the 20 Biggest Apparel Companies Have Done Since the Black Squares

Despite a sharp slowdown in sales growth compared with the same period last year, both groups said they remained upbeat for the balance of 2013.

“It is with confidence that we approach the second half of the year and rely on the creativity and quality of our products, as well as the effectiveness of our teams, to pursue further market-share gains in our traditional markets as well as in high-potential emerging territories,” Arnault said.

François-Henri Pinault, chairman and ceo of Kering, called the group’s first-half performance “solid” and said weak points were being addressed.

“The strength of our brands, their organic growth potential, the good geographic balance of our activities and the commitment of our teams all reinforce our confidence in the group’s ability to further improve its performances in the full year,” he said.

During a conference call after the results were disclosed, Jean-Marc Duplaix, Kering’s chief financial officer, said the second half of the year would bring “more of the same. We are expecting the trends to continue in luxury, and we know there is no short-term turnaround” for the revenue and gross margin trends in the sport and lifestyle division.

The results contrasted with those at rival Hermès International, which last week reported a rise of 11.8 percent in second-quarter sales.

Here, a closer look at the numbers.

Sales of fashion and leather goods rose 1.2 percent in the six months to June 30, totaling 4.71 billion euros, or $6.19 billion, with profits from recurring operations broadly flat compared with the same period a year earlier.

With “significant progress” in the makeup segment, revenues from perfumes and cosmetics rose 4.5 percent to 1.80 billion euros, or $2.37 billion.

Revenues in the selective retailing segment jumped 17.4 percent to 4.21 billion euros, or $5.54 billion. Profits from recurring operations at the division, which includes business from Sephora, rose 9 percent in the first half as LVMH ploughed funds into its new concessions in the Hong Kong airport.

While LVMH does not provide breakdowns by brand, it cited “exceptional” profitability at its cash-cow Louis Vuitton brand and said the brand continued to “develop well” with the opening of two new stores in Venice and Munich. It also highlighted “steady” growth at Céline.

The conglomerate provided no sales or revenue guidance other than to reinforce its “global leadership position in luxury goods.”

LVMH noted it would pay out an interim dividend of 1.20 euros, or $1.51 at current exchange, on Dec. 3. It released the figures after stock markets closed in Europe and is due to have a conference call today to discuss the results.

Kering, whose stable of consumer and luxury names includes Gucci, Bottega Veneta, Christopher Kane and Puma, posted a 3 percent gain in first-half profits to 582.4 million euros, or $763 million, on broadly flat revenue. In the six-month period, revenue was up 1.4 percent to 4.68 billion euros, or $6.13 billion.

Jean-François Palus, group managing director, said it had been a “challenging first half” for the division, with the ongoing weakness in the textiles and sporting goods markets.

All figures have been converted at average exchange rates for the periods to which they refer.

In the second quarter, all of Kering’s major luxury brands — with the exception of Gucci — notched double-digit revenue gains. The other brands division, which includes Stella McCartney and Alexander McQueen, grew 15.7 percent; Bottega Veneta, 11.9 percent, and Yves Saint Laurent, 11.7 percent.

During a conference call, Duplaix said that in the first half, McCartney and McQueen both notched growth “in excess” of 25 percent. In the same period, Bottega Veneta saw its sales rocket 25 percent in Mainland China.

Saint Laurent, meanwhile, saw “robust sales” across all the main geographic regions. He said Saint Laurent’s leather goods sales were up 20 percent in the first half, while ready-two-wear collections advanced 30 percent.

He said sales trends in Mainland China and Hong Kong were “positive,” as Gucci continues to pursue its strategy of selective distribution in the region. Nonlogo leather goods also notched double-digit increases in China, accounting for more than one-third of sales in the first quarter.

He also said that sales in Europe picked up in the second quarter thanks to traffic from both locals and tourists, with 10 percent growth in both retail and wholesale. “We have great ambitions for Gucci,” he said, adding that 10 to 15 new stores were in the pipeline for this year.

Boucheron, meanwhile, notched double-digit growth in the first and second quarters. With regards to Christopher Kane, which Kering acquired earlier this year, Duplaix said the company hoped to “grow the brand substantially.”

Asked on the call about LVMH’s recent purchase of Loro Piana and Kering’s own plans for acquisitions going forward, Palus complimented the brand, but added, “A transaction of this size is not part of our acquisition strategy.”

Earlier this month, the French giant revealed it was buying an 80 percent stake in Loro Piana for 2 billion euros, or $2.56 billion at current exchange.