PARIS — The French capital is famous for its monuments and monumental projects, but here’s a new one for the register: La Samaritaine.

Built in the early 20th century and shuttered in 2005, the fabled, Right Bank department store, which belongs to LVMH Moët Hennessy Louis Vuitton, has undergone extensive renovations and is reemerging as a mixed-use site with an emphasis on French luxury. And now it has an opening date: April 2020.

At long last, said LVMH executives who outlined plans for the 750-million-euro refurbishment on Tuesday.

“Welcome to La Samaritaine — honestly, there were times when I wondered if I would be able to say those words one day,” said LVMH’s chief financial officer Jean-Jacques Guiony, who managed the project.

He spoke to journalists on the top floor of one of the main buildings, where a gold-hued peacock mural presided over elaborate Art Nouveau iron-work running down five flights of stairs, lacquered in gray paint.

The group snatched up a majority stake of the department store in 2001, winning control over prime real estate — smack dab in the center of Paris, its complex of buildings sitting next to the River Seine, overlooking the historic Conciergerie prison.

Fifteen years after the group closed La Samaritaine, citing safety reasons, it will reemerge as a showcase of LVMH businesses. The group’s Cheval Blanc hotel will reside in the riverfront property, becoming the first urban location for the exclusive chain known for resort locations like Courchevel and St. Barths. There will also be offices, low-income housing, a day-care center, restaurants and the namesake department store, which will be refashioned as a sprawling concept-store with a focus on French labels and a floor dedicated to beauty products.

Around 2,400 people will work on the site, including in offices — likely housing LVMH businesses, according to Guiony.

Politically-charged from the outset — the store’s closure angered employees and longtime patrons — the project encountered resistance from local authorities at various stages and plans for a modern, wavy glass exterior sparked lengthy debates about how much change should be allowed in the city’s historic center. 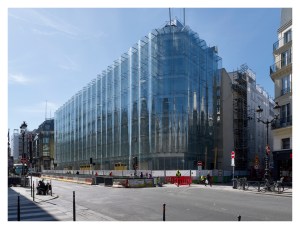 It also harbored technical challenges, according to executives, who said security concerns kept them from rebuilding floors of sales space, and that there were often tensions between interest in historical preservation and safety concerns.

“The idea of a mixed-use project was born first of all from a constraint. The former Samaritaine with selling space that stretched from the basement to the top floor — that was impossible for technical reasons, for security reasons. We had to do things differently,” said Guiony.

The mixed-use bent reflects a more contemporary approach to retail, with mall operators like Westfield focusing on development sites that tap into flows of urban foot traffic and blend retail space with offices or cultural sites. Local rival Galeries Lafayette recently reconfigured a section of the Marais district near its BHV Paris department store, with a series of pedestrian passageways and courtyards opening on to stores and Eataly restaurants and leading to the group’s art foundation.

The revival of the Samaritaine complex, which serves as a link between the Left Bank of Paris and the recently refurbished shopping center Les Halles, comes amid a period of urban renewal in the center of Paris, with projects including the Pinault family’s contemporary art collection, which will be housed in the Bourse de Commerce de Paris, a renovation overseen by Japanese architect Tadao Ando.

Surrounding the complex, the Rue de la Monnaie will be closed to motorized traffic, and the Rue du Pont Neuf will be partially closed to traffic.

With interiors designed by Peter Marino, who sought to channel the style of a Parisian apartment, the Cheval Blanc hotel will have restaurants, a rooftop garden, a pool lined with mosaics, a carousel for children, a hair salon, 26 rooms and 46 suites — with prices upward of 1,150 euros a night — including an apartment stretching more than 10,000 square feet. Chef Arnaud Donckele will manage a restaurant on the first floor, and two others will sit on the seventh floor, with an outdoor terrace. 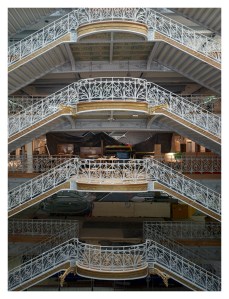 A French style of hosting would serve to differentiate the hotel from its Asian and Anglo-Saxon counterparts that dominate the high end hotel market, noted Olivier Lefebvre, director of LVMH’s hotel activities. The executive described the approach as “ultra-personalized, warm and convivial.”

The chain has four resort hotels and plans for new locations in London and Los Angeles.

“Cheval Blanc Paris is in a Parisian neighborhood, in the heart of historical Paris, cultural Paris, and also contemporary Paris — steps away from everything — Saint Germain, the Place des Vosges, the Louvre — it’s a neighborhood that we believe in,” said Lefebvre.

“We have a very competitive environment in Paris, so it’s of the utmost importance that we differentiate ourselves,” said Eléonore de Boysson, who heads DFS operations in Europe and the Middle East.

DFS was a logical choice to run the department store given its experience with Asian clients, noted de Boysson, who said she expects the clientele to be a mix of French and international customers, with international visitors accounting for the majority of sales. She added the retailer seeks to offer an experience that she described as “typically French, unforgettable and authentic.”

A criss-crossing elevator bank on the ground floor recalls other department stores, including the group’s Left Bank institution, Le Bon Marché, but the space is lit with natural light, with a soaring glass ceiling that adds height to the building. 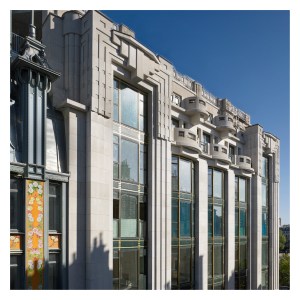 Guiony was asked if there would be a sales point for Tiffany & Co. — LVMH last month offered to buy the American jeweler for $120 a share.

We’ll see, was his answer.