French luxury group LVMH said it still expects to gain a market share in 2009, despite reporting a 23 percent decline in first-half profits. 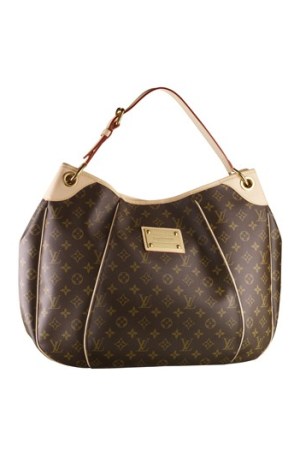 PARIS — LVMH Moët Hennessy Louis Vuitton on Monday reported a 23 percent decline in first-half profits, despite a modest sales gain, as its wines, spirits, watches and jewelry businesses were hurt by heavy destocking by distributors.

But the French luxury group, which was scheduled to report earnings Wednesday, said it still expects to gain market share in 2009 because of product launches, expansion in new markets and cost containments.

A spokesman for LVMH said the company had to publish the earnings earlier than scheduled after they were mistakenly released.

Currency conversions were made at average exchange rates for the respective periods.

“Reassured by the good resilience” in the first six months of the year, chairman and chief executive officer Bernard Arnault said LVMH is looking at the second half with confidence, without providing a specific outlook.

Fashion and leather goods sales grew 8 percent to 2.98 billion euros, or $4 billion. Louis Vuitton bags and luggage had a “particularly exceptional” first half of the year, said LVMH, as the unit reported double-digit growth and strengthened its position across all regions. The brand also received a boost from Japanese shoppers, who took advantage of the strengthening yen by making purchases abroad.

The perfume and cosmetics business increased its market share in the first half despite an 8 percent decline in revenues as distributors limited their orders. Sales were helped by the relaunch of male fragrance Eau Sauvage and the successful launch of foundation Diorskin Nude.

Beauty chain Sephora posted increased revenues across all its markets, especially in China, where it is expanding rapidly.

As forecast by analysts, products that are distributed by third parties — such as wines and spirits, watches and jewelry — were hurt as distributors limited their purchases amid a sharp slowdown in consumer spending.

As expected, revenue from watches and jewelry decreased by 17 percent in the first half amid the sharpest decline in demand for expensive timepieces. Last week, the Federation of the Swiss Watch Industry said total watch exports showed a 26.4 percent drop in the first half of 2009.

The tough economic environment also weighted on LVMH’s wines and spirits business, where revenues declined 17 percent. While Champagne revenue was hit by destocking, the cognac business was more resilient and was supported by Asian markets.

The board of LVMH will still meet Wednesday, as originally planned, to approve the accounts for the first half and the payment of an interim dividend of 0.35 euros, or 49 cents.