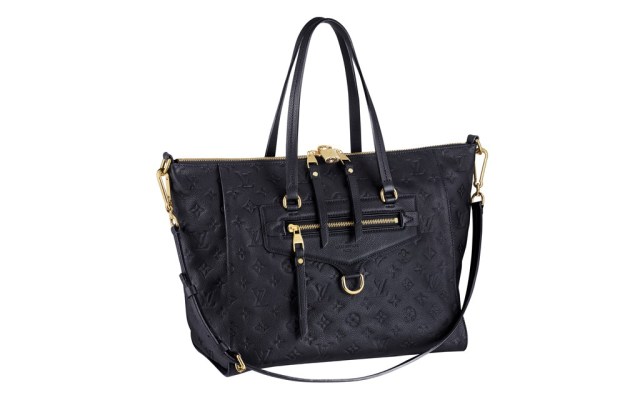 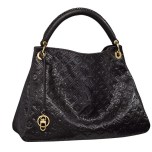 “We approach the second half of the year with confidence and are relying upon the creativity and quality of our products as well as the effectiveness of our teams to pursue further market share gains in our historical markets as well as in high potential emerging markets,” stated Bernard Arnault, president and chief executive officer of the French luxury conglomerate.

The first half was marked by LVMH’s $6 billion deal to absorb the Roman jeweler Bulgari, which was cleared by the European Commission last month. In a conference call with analysts, LVMH chief financial officer Jean-Jacques Guiony said the luxury group had also increased its stake in rival luxury firm Hermès International to 21.4 percent in the first half from the 20.2 percent it declared last December.

The better-than-expected figures follow strong first-half results from other European luxury brands. Hermès reported a 17.9 percent rise in sales in the second quarter, while revenues at Burberry increased 30 percent in its fiscal first quarter. French retail-to-luxury group PPR could reinforce the trend when it reports first-half profits and sales Friday.

LVMH again declined to provide specific earnings or sales guidance for the year as a whole. “Our main markets are well oriented and we see no evidence of a slowdown, be it in Asia or in the U.S. The European markets have proven so far this year a bit softer, but we expect both domestic consumption and touristic flows to hold up,” Guiony said.

The Louis Vuitton brand continued to power ahead, with waiting lists for a number of products, remaining the star performer in the fashion and leather goods division. The segment’s sales rose 13 percent in the first half, helped also by sustained revenue and profit growth at Fendi and Donna Karan, and the strong development of Celine under artistic director Phoebe Philo.

Sales in Japan were down 6 percent in the wake of the earthquake, tsunami and nuclear crisis that struck the country in March. Guiony said sales of fashion and leather goods in Japan increased in June following a double-digit drop in the first quarter and a 1 or 2 percent decrease in the second quarter. “We saw two or three months being deeply affected by the disaster, and things coming back to normal thereafter,” he noted.

Group revenues rose 9 percent in the second quarter, a slowdown from the 17 percent sales increase recorded in the first three months of the year, LVMH reported. It said second-quarter sales totaled 5.04 billion euros, or $7.26 billion, up from 4.63 billion euros, or $5.9 billion, in the same period last year.

In organic terms, meaning with like-for-like structure and at constant exchange rates, revenues were up 15 percent in the first half.

Guiony said there was a negative impact of 1.4 percent stemming from currency fluctuations and the disposals in 2010 of Champagne maker Montaudon and La Brosse et Dupont, a maker of beauty and personal care products.

“We started the year with a positive currency impact which shrank and reversed as the dollar softened and went away from last year’s level,” he said. “The currency impact should be significantly negative for the rest of the year if currencies stay where they are today.”

By division, sales during the period were up 30 percent for watches and jewelry; 17 percent for selective retailing; 10 percent for wines and spirits, and 5 percent for perfumes and cosmetics. Like-for-like sales at Sephora advanced 12 percent in the U.S. and 8 percent in Europe.

The Bulgari purchase helped increase LVMH’s gearing as of June 30 to 19 percent, with net debt of 4.01 billion euros, or $5.8 billion. LVMH has purchased a controlling stake in Bulgari in a cash-and-share swap and is due to launch a tender offer for the remaining shares at 12.25 euros per share, probably in late August, Guiony said.

Bulgari’s former chief executive officer Francesco Trapani assumed his new post as head of the watch and jewelry division at LVMH on July 1.

Shares in LVMH fell 0.42 percent Tuesday to close at 130.00 euros, or $188.33 at current exchange, on the Paris Bourse before the publication of the first-half results.

Separately on Tuesday, Christian Dior SA, parent of LVMH and the Dior fashion house, released sales data broadly in line with LVMH, up 13 percent. Net profit in the first half increased 29.5 percent to 1.44 billion euros, or $2.02 billion, from 1.11 billion euros, or $1.48 billion, during the same period in 2010.