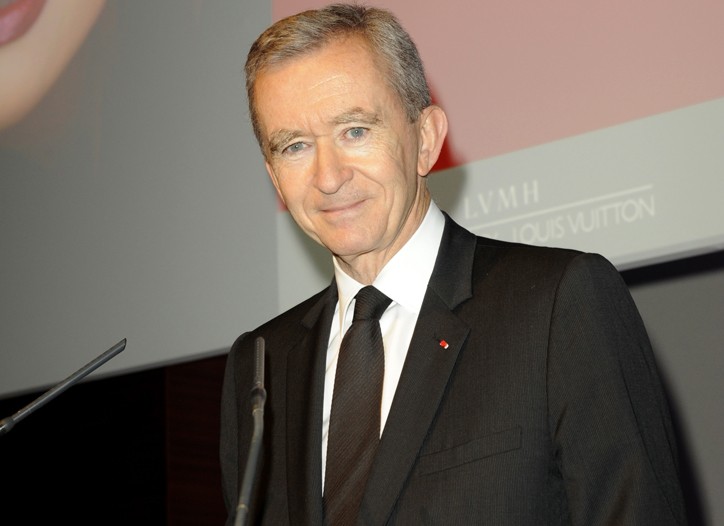 PARIS — LVMH Moët Hennessy Louis Vuitton said net profits slid 13 percent last year amid a dramatic slowdown in luxury goods, but trumpeted a “record” level of revenues in December as an omen of better times ahead.

“This trend is continuing and growing in January for the group as a whole,” said LVMH chairman and chief executive officer Bernard Arnault, sounding sanguine as he addressed analysts Thursday evening.

Sales in the three months ended Dec. 31 fell 2.4 percent to 5.11 billion euros, or $7.53 billion. In organic terms, revenues grew 1 percent, an improvement from single-digit declines in the previous three quarters.

While Arnault allowed the business climate going forward is “difficult to predict,” he said emerging markets including Asia and Latin America are likely to remain strong and “the recovery may be faster than expected in the U.S.”

Echoing that sentiment, Louis Vuitton ceo Yves Carcelle said sales at its boutique in Las Vegas’s CityCenter, which opened last December and is the brand’s largest North American unit, are running more than 50 percent ahead of forecasts. “The U.S. market is back with a vengeance,” he declared.

Still, LVMH’s full-year figures reflected the impact of the recession, with a 1 percent decline in sales to 17.05 billion euros, or $23.78 billion. Net profits fell to 1.76 billion euros, or $2.45 billion, compared to 2.03 billion, or $2.83 billion, in the year ago period. Dollar figures are converted from euros at average exchange rates for the periods to which they refer.

LVMH declined to give sales or profit guidance for 2010, stating “leadership of the global luxury goods industry” as its only objective.

The company blamed destocking of Champagne and watches and jewelry for denting its fortunes the most in 2009, along with double-digit declines in wholesale orders in fashion and leather goods. Continued strength in emerging markets and resilience in Europe helped offset the declines.

By region and in local currencies, sales in the quarter rose 3 percent in the U.S. and Europe, jumped 19 percent in Asia and declined 18 percent in Japan.

Arnault trumpeted a 66 percent jump in free cash flow last year, but stressed the flush coffers would not coax him to pursue an acquisitions spree. “[Valuations] are a bit high and our priority goes to organic growth,” he said. “We want to increase the size of the group by increasing the size of the brands that we own.”

Arnault reiterated an objective to double the value of the group in five years, and reminded analysts that only a few years ago they were urging LVMH to off-load Sephora. Today, the beauty chain is increasingly profitable and approaching 20 percent market share in the U.S., and 25 percent in France.

“So there you go: Perseverance does pay off,” he said with a chuckle.

Asked if he thought the recession had ushered in a new consumer mind-set towards luxury goods, Arnault allowed that consumers seem less interested in “show off” logos and “bling bling” products. “People want authenticity, they want quality and products that are legitimate,” he said. “They want a product that conjures up everything a brand stands for, rather than the brand itself.”

Indeed, Arnault predicted LVMH’s “flagship” brands like Fendi, Christian Dior and especially Louis Vuitton would be “likely to achieve the best growth” in a rebound scenario. “We can invest with a very attractive return.”

Carcelle said Vuitton would continue to capitalize on fast-growing China by opening two additional locations in Shanghai and entering three new cities: Nanning, Hohot and Fuzhou. He also revealed plans to open a Vuitton shop on an artificial island that is linked to the shore by an underwater overpass as part of the Marina Bay development in Singapore.

At constant exchange rates, sales were up 1 percent year-on-year.