LVMH trumpeted improving trends in all its businesses, while Bain & Co. predicted a full recovery of the market in the 2011 to 2012 period.

By Luisa Zargani and Miles Socha on October 19, 2009
View Slideshow 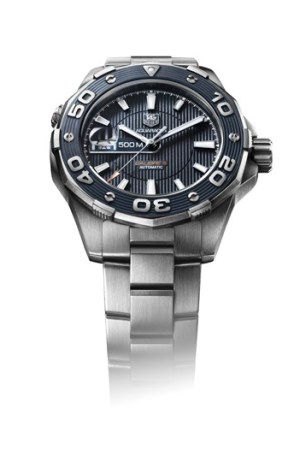 While still faint, there is light at the end of what has been a long and dark tunnel for the luxury sector.

That was the word from LVMH Moët Hennessy Louis Vuitton on Monday as it reported a 3 percent dip in third-quarter revenues and trumpeted improving trends in all its businesses versus the first half of the year. Meanwhile, Deutsche Bank issued a bullish profits outlook on luxury goods and, at a meeting in Milan organized by Italy’s Fondazione Altagamma association, Bain & Co. predicted a full recovery of the market in the 2011 to 2012 period.

“September was better in retail, more or less everywhere,” LVMH chief financial officer Jean-Jacques Guiony said on a conference call, also noting wholesale orders showed significant improvement in the month, suggesting department stores had been postponing orders and are now playing catch-up. De-stocking of liquor and watches dented revenues in the three months ended Sept. 30, which totaled 4.14 billion euros, or $5.91 billion; however, the French luxury giant said that trend is also easing. “Watches in the U.S. and most markets are improving, but at a very slow pace,” Guiony cautioned.

The company said Asia, particularly China, continues to show strong momentum, and it described Europe as “resilient.” Still, it allowed that it is “still impacted by the crisis in many regions of the world.”

Revenues in the nine months stood at 11.95 billion euros, or $16.33 billion, roughly flat versus 2008, but down 6 percent in organic terms, meaning with a comparable structure and at constant exchange rates. Dollar figures are converted from average exchange rates for the periods to which they refer.

In local currencies, sales in the nine months rose 7 percent in Asia, but slumped 5 percent in Europe, 12 percent in the U.S., and 19 percent in Japan.

LVMH gave no revenue or earnings guidance for the balance of the year, saying only that it aims to “increase its global leadership position in luxury goods.” Guiony cautioned that some regions remain “heavily depressed” and the currency situation remains volatile.

Louis Vuitton logged double-digit gains in the nine months and took credit for “the bulk” of gains in the third quarter, Guiony said. Famous for its monogram canvas, the firm cited strong sales of its silver-and-black Damier Graphite men’s line, and good performance in Europe and Asia.

“The Chinese market is very strategic for us,” Guiony said. “Vuitton remains shopping malls’ favorite brand due to its drawing power.”

Indeed, Chinese customers now account for almost 18 percent of Vuitton’s business, second only to the Japanese, who rack up about 27 percent of sales. LVMH is also dependent on the Chinese for 15 percent of its wines and spirits sales, most of it in cognac.

The company highlighted an “excellent reception” to Phoebe Philo’s first designs for Celine, a cruise collection, but Guiony allowed that business for LVMH’s fashion brands remains tough and “varies a lot from one to another.”

Most, he said, registered “small double-digit declines” in the wholesale business in the third quarter.

Asked if the French group might “rationalize” its portfolio, Guiony replied: “We have no plans to sell or buy any fashion brands for the time being.”

Fashion and leather goods was the only business division reporting a revenue increase in organic terms, rising 1 percent to 1.55 billion euros, or $2.21 billion. Led by strength in Asia, sales in selective retailing were roughly flat at 1.04 billion, or $1.49 billion. Like-for-like sales at Sephora slipped 2.3 percent in Europe and 8 percent in the U.S., Guiony noted.

The bridal jewelry segment was one of the few bright spots in the watches and jewelry division, with business down about 30 percent in the quarter in the U.S., and declines of a similar scale in Japan, Guiony noted.

Separately on Monday, Christian Dior Couture said sales in the first nine months fell 8.2 percent, or 11 percent at constant exchange, to 518 million euros or $740.3 million. Echoing trends at LVMH, Dior said business in its boutiques showed “tangible signs of recovery” in the third quarter, while wholesale revenues were impacted by “the destocking phenomenon at department stores.”

Based on calculations made by WWD, Dior’s sales in the third quarter fell 10.1 percent to 178 million euros, or $254.4 million. The company noted that sales of leather goods, particularly the Lady Dior line, showed “sustained” growth, while the Asia-Pacific region, and China in particular, “confirmed their strong growth potential.”

The more upbeat tone at LVMH was echoed by Claudia D’Arpizio, partner of Bain & Company Italy, who forecast an 8 percent drop in the luxury goods market in 2009 to 153 billion euros, or $228.1 billion at current exchange, but foresees 1 percent growth in 2010 to 155 billion euros, or $231.1 billion. “We will see the first positive signs in orders taken for the fall-winter 2010 season,” said D’Arpizio.

Meanwhile, Deutsche Bank on Monday raised earnings forecasts for the first time in two years — by 4 percent on average. Its bullish outlook on the sector is due to strength in emerging markets, tight cost controls and an end to the dramatic destocking that hammered with watch industry.

The investment firm said luxury spending is likely to correlate with global GDP growth, now forecast to log a 3.5 percent uptick in 2010, and hit the midsingle-digit range next year. “We are increasingly comfortable about the prospects for the U.S.,” said a research note by analyst Francesca Di Pasquantonio.

Emerging markets, already responsible for a quarter of global luxury demand, are expected to account for 80 to 90 percent of growth in the sector for the next three years.

As for watches, Deutsche Bank expects production will rise by up to 5 percent next year, even if retail demand is flat. Swatch and Compagnie Financière Richemont are in pole position to capitalize on this need to catch up on inventory levels. Those two stocks, along with Burberry, are the top picks of Deutsche Bank, which also sees upside to Tod’s. However, it downgraded PPR, Bulgari and Luxottica on valuation grounds.

A third report, the Altagamma Consensus 2010, predicted earnings before interest, taxes, depreciation and amortization (EBITDA) for the sector will increase 5 percent in 2010.

Geographically in 2010, sales in South America will rise 5 percent, drop 4 percent in Japan and grow 1.5 percent in Europe. Performance in the U.S. will be flat. The Middle East and the rest of the world will grow 5 percent each, while revenues in Asia will rise 12 percent.

The more bullish outlooks don’t mean the sector’s hard work is at an end, however. D’Arpizio of Bain urged brands to focus on long-term strategies given the aging populations in key markets like Japan and Germany, the onset of new consumers and emerging global brands from new regions. Bain expects Asia to become the number-one market for the luxury goods sector in 10 years, with China alone showing 12 percent growth in 2009.

She said that, in the next decade, there is a need to consolidate as new investors and consumers flush with cash, or “exotic money,” from the Middle East, China and India will influence business.

In retailing, consumer experience in brick-and-mortar stores will be pivotal, as more and more shoppers turn to buying online. “There will be less reverence towards the brands, and we will see more cherry-picking,” said D’Arpizio.

Vittorio Missoni, who oversees institutional affairs at the family-owned company, said after the meeting that customers must be “reeducated, following recent heavy discounting endorsed by many brands and wholesalers.”

Gaetano Miccichè, head of the corporate division and investment banking at Intesa Sanpaolo, underscored the difference between the financial crisis, which he believes is over, and the economic one, which is still ongoing. “All the confusion of the past year is gone, though. There is a strong desire for the market, and we see new examples of capital increases,” he said. “I expect there will be a new wave of IPOs in the first months of 2010.”

But Michele Norsa, chief executive officer of Salvatore Ferragamo, which has shelved plans to list until the market recovers, said on the sidelines of the meeting that he isn’t convinced IPOs will pick up anytime soon.

Versace chairman Santo Versace is expected to be appointed the new president of Altagamma next month, succeeding Leonardo Ferragamo.