LVMH vs. Tiffany — Off Again, On Again Dealmaking

It was a bruising battle, but the two luxury names got back in sync this year.

Even in the midst of a global pandemic, love can prevail — especially with a little nudge from the Delaware Chancery Court and a 2.6 percent price cut.

So it was with Tiffany & Co. and LVMH Moët Hennessy Louis Vuitton, a pair that came into the year happily engaged after a whirlwind romance. The French giant pursued and ultimately persuaded the jeweler to accept a buyout at $135 a share, or $16.2 billion, when the deal was signed in November 2019.

When Tiffany shareholders signed off on the transaction in February, LVMH chief executive officer Bernard Arnault trumpeted the milestone even as the coronavirus pandemic had already chilled business in China.

“A globally recognized symbol of love, Tiffany will be an outstanding addition to our unique portfolio of luxury brands,” Arnault said. “We look forward to welcoming Tiffany into the LVMH family.”

That warm embrace cooled considerably as the pandemic spread from China to Europe to the U.S. — shutting stores, cutting off travel and forcing an emphasis on essential retailers and necessities.

While neither side outwardly portrayed doubts about the deal as both Tiffany and LVMH scrambled to adjust to the new world, concerns were growing on both sides.

Tiffany worried over LVMH’s efforts to get regulators around the world to sign off on the deal and LVMH looked aghast at the jeweler, which continued its long practice of paying dividends despite the suddenly horrid economy.

In June, WWD broke the news that LVMH was getting cold feet. The firm’s board met in Paris to discuss the deal, voicing concerns about both the pandemic and growing social unrest following the killing of George Floyd at the hands of Minneapolis police.

By September, LVMH was walking away.

In a twist, the luxury giant said it couldn’t go ahead with the deal because of a letter from French Foreign Minister Jean-Yves Le Drian, which it described as an order to hold off on the deal given a separate trade spat between Paris and Washington, D.C.

But that order started seeming less certain, and Le Drian later told the French parliament that: “My role is to apply, whenever appropriate, the government’s opinion on an assessment of a political nature regarding the management of major international events to come. That is the reason why I replied to a question from the LVMH group, totally in my role.”

That injected a bit of unexpected political intrigue, with the suggestion that LVMH, and Arnault, used its political clout to enlist the French government’s help to get out of the deal lingering. But it was the nuances of the contract that became the primary focus of a bruising court battle.

And as court battles go, it didn’t disappoint, with Tiffany chairman Roger Farah pushing hard to keep the deal he negotiated and LVMH pushing back just as hard.

The rhetoric ranged well beyond the legalese of the contract dispute with many zingers, including:

• Farah: “As we are not aware of any other French company receiving such a [governmental] request, it is all the more clear that LVMH has unclean hands.”

• Jean-Jacques Guiony, LVMH chief financial officer, to a reporter: “You must be joking. Are you seriously suggesting that we procured the letter? I don’t even want to answer that question. [The letter from the French government] was fully unsolicited.”

• Farah: “LVMH’s shifting explanations indicate bad faith in its dealings with Tiffany and are nothing more than distractions meant to hide its efforts to run out the clock and avoid fulfilling its obligations.”

• LVMH: “The business LVMH proposed to acquire in November 2019 — Tiffany & Co., a consistently highly profitable luxury retail brand — no longer exists. What remains is a mismanaged business that over the first half of 2020 hemorrhaged cash for the first time in a quarter century, with no end to its problems in sight.” 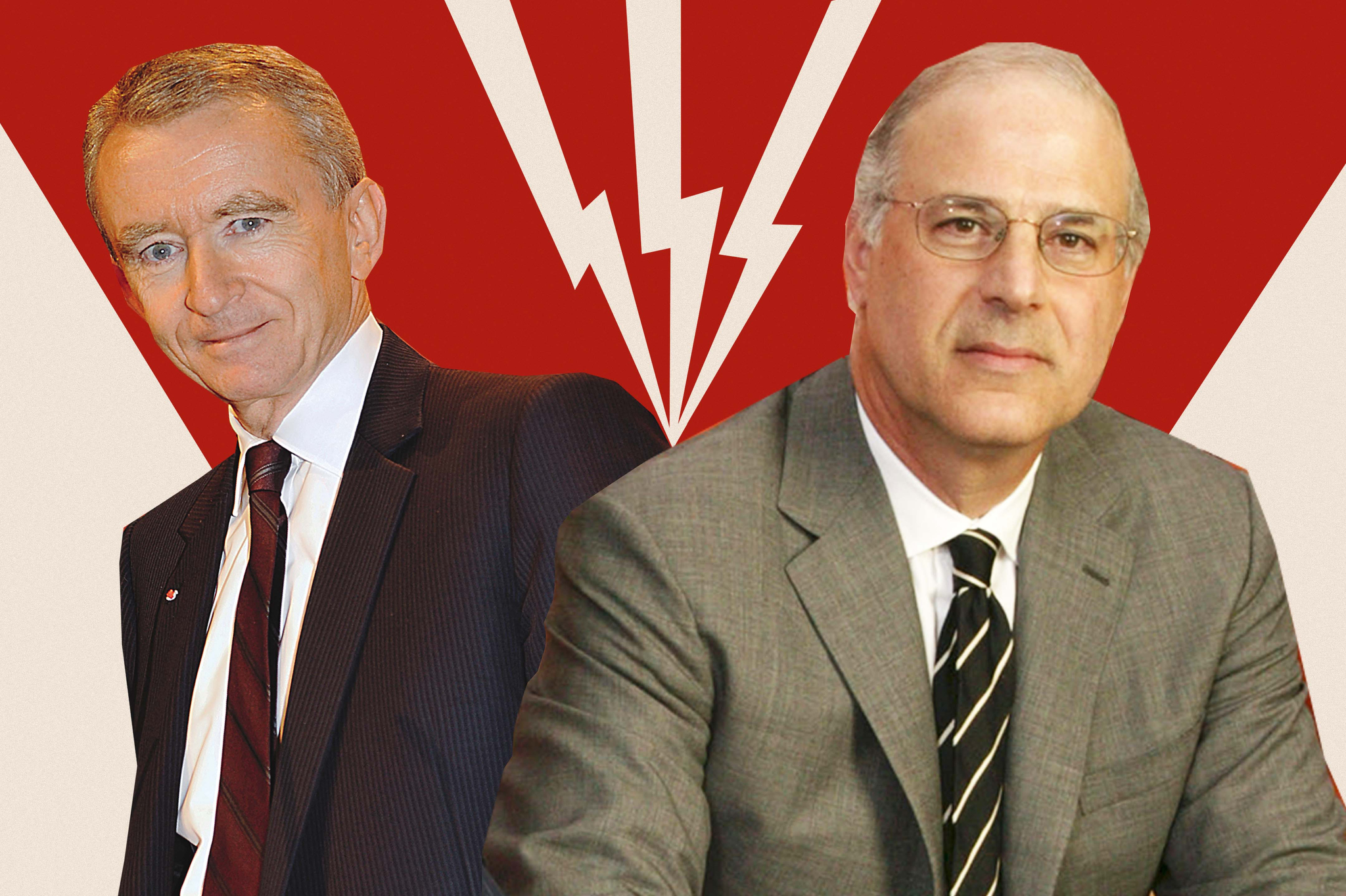 But once the regulatory approvals finally rolled in, the trial was set for early January and the potentially messy depositions were just about to start, tensions eased and the two sides started talking again.

The result after nearly two months of open warfare was a new deal at $131.50 a share, or $16 billion, with the understanding that Tiffany would continue to pay dividends until the transaction closes.

Ultimately, the coming to terms had a little bit for everyone, LVMH got a bit of a price cut, Tiffany can move on and neither side had to risk a Delaware judge compelling them to do anything.

“This balanced agreement with Tiffany’s board allows LVMH to work on the Tiffany acquisition with confidence and resume discussions with Tiffany’s management on the integration details,” Arnault said. “We are as convinced as ever of the formidable potential of the Tiffany brand and believe that LVMH is the right home for Tiffany and its employees during this exciting next chapter.”

The focus is now on what that next chapter looks like and many expect any bad blood from the dispute to dissipate as LVMH starts to put its imprint on the business with its decidedly long-term approach.

Sources expect Tiffany ceo Alessandro Bogliolo to exit the business while LVMH sticks to its practice of promoting from within its vast empire of high-end brands for a new leader of the American jeweler.

Bogliolo came into Tiffany in 2017 with a plan to drive growth in China and through omnichannel initiatives while also raising average unit retail prices and accelerating product innovation.

“These four engines of growth, it took really three years to put together,” Bogliolo said. “I think they have been really stress tested in [the third] quarter. Three years down the road here, we are in a difficult quarter and the four engines all worked very well.”

Net earnings for the three months ended Oct. 31 jumped 52 percent over a year earlier to $119 million and were far better than analysts projected. Excluding $16.5 million in costs related to the merger with LVMH, Tiffany’s earnings advanced 73 percent to $136 million.

The ceo said Tiffany has been growing closer to many of its customers despite the pandemic.

“We equipped the sales professionals to connect with the customer even if the store was closed,” he said. “It was not selling, it was just to connect with regular, loyal customers in a difficult moment. That was enormously appreciated by the customer. And then it became a new habit, a new normal in which it has become OK for sales professionals to interact with customers, to reach out to them by text, by phone, by social media.”

Bogliolo’s partner in the company’s progress has been chief artistic director Reed Krakoff who has reimagined and expanded the jeweler’s signature “T” collection, introduced The Blue Box Café, added three distinct high-jewelry collections, and introduced Tiffany Paper Flowers, which runs from fine to high jewelry. It remains to be seen, though, if that is enough for LVMH and whether it will keep Krakoff onboard or taps another high-profile designer.

“LVMH is a master at selling perceived exclusivity to the masses,” said Luca Solca, senior research analyst, global luxury goods at Bernstein, when the new deal was closed. “This, I expect, will be the most important contribution that LVMH can bring to Tiffany.”

Dries Van Noten Explains Why Designing Is Like Eating Olives