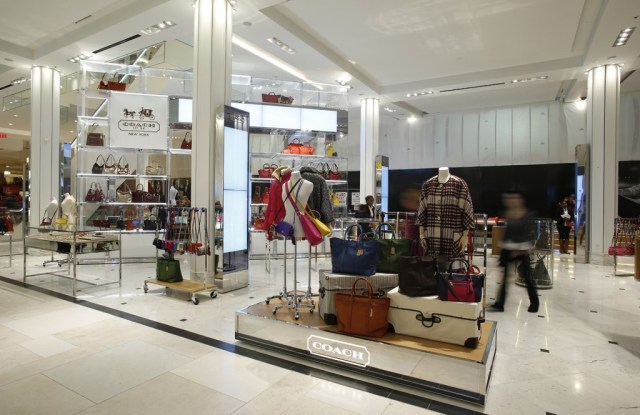 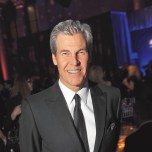 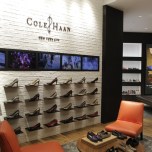 NEW YORK — There’s momentum at Macy’s Inc. and that has executives feeling good about Christmas despite the shorter calendar and languid economy.

On Wednesday, the department store giant said third-quarter net earnings rose 22 percent to $177 million from $145 million in last year’s quarter. Total sales in the quarter ended Nov. 2 rose 3.3 percent to $6.28 billion, from $6.08 billion. Including licensed and leased shops, sales were up 4.7 percent.

Comparable sales rose by 3.5 percent and earnings per share rose 31 percent, to 47 cents compared to 36 cents a year ago.

Investors pushed Macy’s stock up 9.4 percent, or $4.35, to $50.68 as the third quarter results exceeded the market’s expectations in light of last spring’s soft trends.

Macy’s officials cited strength across all families of business, even women’s apparel; improved promotional tactics that made values more apparent to consumers, and healthy revenue contributions from leased and licensed shops.

“The momentum of the third quarter just got stronger as we got closer to the holidays,” Terry J. Lundgren, Macy’s chairman, chief executive officer and president, told WWD. “Business was good across the country and good across categories. We are in a very good position. The cashmere sweater business was the best it’s been in a few years. People are buying luxury products, multiple colors, fashion bodies and gift-oriented items. We had a cooler October in several parts of the country which is always good for outerwear and accessories.”

Lundgren said he was “encouraged” by the results, particularly when factoring in leased and licensed shops, which elevated the revenue gain to 4.7 percent.

Finish Line, Lids and Sunglass Hut shops have been rolled out across the Macy’s chain. And Bloomingdale’s has been aggressively installing such leased luxury accessory boutiques as Louis Vuitton and Gucci. There are also a handful of luxury leased shops at Macy’s Herald Square such as Vuitton, Longchamp, Burberry and Gucci that get tabulated into the figure as well. The strategy to attract leased and licensed shops to its selling floors enables Macy’s Inc. to offer merchandise that store buyers might otherwise not be able to procure, or not have expertise in.

Changes in marketing and promotional tactics also lifted the business. “We had to point out what the values were,” Lundgren said. “It wasn’t always clear before.”

“We looked at what items were being promoted and felt that some of them had to be changed,” chief financial officer Karen Hoguet said during a conference call with analysts. Across Macy’s selling channels, the visuals were reworked to better see the values, Hoguet said. She said there was a “cleaner and bolder look to sale advertising, new promotional handles and great values on fresh merchandise.

“I would not say there was any wholesale deeper discounting going on; in some places we did give some better values but nothing that would hurt the bottom line in any dramatic way,” Hoguet added.

Women’s apparel for the first time in many seasons contributed to the strong results. “That business has not participated in a significant way in the growth of our company over the last three-and-a-half years,” Lundgren observed. “When women’s apparel starts to pick up, that’s a really good sign for us. It’s such an important part of our business. We think there is a big opportunity to now capture more market share in women’s.”

The third quarter marked Macy’s 15th in a row of improved EPS. “Both Macy’s and Bloomingdale’s performed well in the quarter, and we saw improvement in the sales trend in every region of the country compared with the spring season,” Lundgren said.

While pleased with the results, Macy’s didn’t change its outlook. Comp sales are seen at 2.5 to 4 percent ahead for the second half while EPS is seen at $3.80 to $3.90.

“We do expect continued pressure on our gross margin rate in the fourth quarter but hope to be able offset it with lower SG&A as a percent of sales,” said Hoguet.

Still, Hoguet said the company feels “very excited about what we see for the holiday season. We feel especially prepared this year.”

Besides citing improved assortments and shopping experiences across channels, Hoguet believes Macy’s has an edge going into the holiday season and beyond because of its enhanced fulfillment capacity. Aside from operating four online fulfillment “megacenters” currently 500 Macy’s stores are equipped for shipping. By sometime in 2014, Macy’s could have all or almost all of its 800-plus stores shipping goods to fulfill online orders, Hoguet said.

On the down side, there are six fewer days between Thanksgiving and Christmas this year. “The holiday shopping season will be shorter and more intense,” Hoguet said. “We expect a heightened sense of urgency among customers. We are mindful of mitigating factors such as the economy and the shorter season. So we have redoubled our efforts to notch-up our holiday execution. You’ll be seeing very compelling marketing again this year.

“We believe we are well positioned to capture more than our fair share of the business.”