Sparked by the retirement of chief stores officer Ron Klein, the $25 billion, 800-unit chain on Wednesday gave a slew of executives new responsibilities. 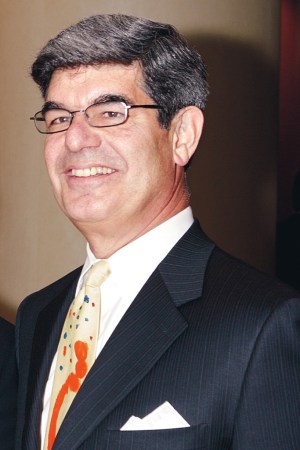 Sparked by the retirement of chief stores officer Ron Klein, the $25 billion, 800-unit chain on Wednesday gave a slew of executives new responsibilities. Peter Sachse, chief marketing officer and chairman of macys.com, will succeed Klein on Feb. 13, while Klein will assist in the transition and then retire on March 31.

Sachse will be responsible for Macy’s stores, regional and district stores organizations and visual merchandising. He also retains responsibility for the omni-channel strategy that is one of the company’s core plans for growth. Sachse’s appointment puts him in a central position to coordinate activities across stores, online and mobile channels so customers have more shopping options and greater convenience.

Jeffrey Gennette, chief merchandising officer, will assume additional responsibility for overseeing marketing and macys.com. He will coordinate those functions within the My Macy’s localization and omni-channel strategies.

Gennette and Sachse are members of the executive committee and report to Terry Lundgren, chairman, president and chief executive officer.

Martine Reardon, executive vice president for marketing, will succeed Sachse as Macy’s chief marketing officer. She will be responsible for all marketing, advertising, creative development, social media, cause marketing, brand public relations, tourism marketing, customer insights and data analysis. She will also join the executive committee and report to Gennette.

The 59-year-old Lundgren said the changes “reflect the strength of our senior-level talent and the teamwork that drives our company’s key growth strategies,” which he listed as My Macy’s localization, omni-channel and the Magic Selling program, which is retraining sales associates on how to engage customers and encourage them to buy more products.

Klein, 62, is a 36-year veteran of Macy’s. “In every position over the years, Ron has led with passion,” Lundgren said. “He keenly understands customers’ needs.…Ron and Peter have worked side-by-side for many years, which allows us to move forward without skipping a beat.”

Klein became chief stores officer in February 2009, as part of a corporate centralization, and before that served as chairman and ceo of Macy’s East in New York, chairman of Rich’s/Lazarus/Goldsmith’s in Atlanta, vice chairman and director of stores for Macy’s East, and chairman of Stern’s in New Jersey. Klein began his career in 1974 as a buyer at Bloomingdale’s.

Sachse, 53, became chief marketing officer in February 2009, along with serving as chairman and ceo of macys.com since April 2006. He also served as president of Macy’s Corporate Marketing and was the company’s first chief marketing officer in June 2003. Earlier, Sachse was president of The Bon Marché in Seattle, which became Macy’s. He began his career with Macy’s in Kansas City.

Gennette, 50, was named chief merchandising officer in February 2009. Previously, he was chairman and ceo of Macy’s West, and earlier, chairman of Macy’s Northwest. He joined Macy’s in 1983 as an executive trainee.

Kantor, 52, became macys.com’s president for merchandising in August 2010. Previously, he was Macy’s president of merchandising for home, and earlier was a top executive with May Department Stores Co. He started his career at Filene’s in Boston in 1981.